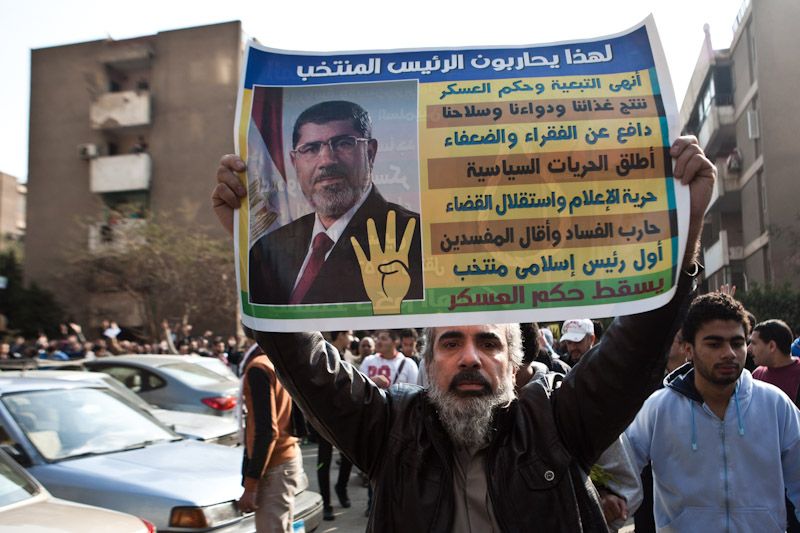 A 12-year-old boy was killed on Friday during violence that erupted nationwide pursuant to protests marking the six-month anniversary of the violent dispersal of the Rabea al-Adaweya and Nahda Square protest camps.

The boy was shot to death while standing on his balcony in Samalut, Minya, as demonstrators affiliated with the Muslim Brotherhood passed by. Security sources told the state-owned newspaper Al-Ahram that the protesters began firing pellet guns when the police force attempted to disperse the march. The victim’s family accused the demonstrators of killing the child.

However, the official website of the Freedom and Justice Party — the Muslim Brotherhood’s political arm — accused the security forces of shooting the boy.

Two other victims were killed in Damietta during clashes between pro- and anti-Brotherhood forces, bringing the nationwide death toll up to three by Friday evening.

Clashes also broke out on Haram Street in Giza when protesters who attempted to block the road, according to Al-Ahram.

Twelve Brotherhood members were arrested in the coastal city on charges of possessing Molotov cocktails and flyers inciting against the Armed Forces and the police, Al-Ahram reported.