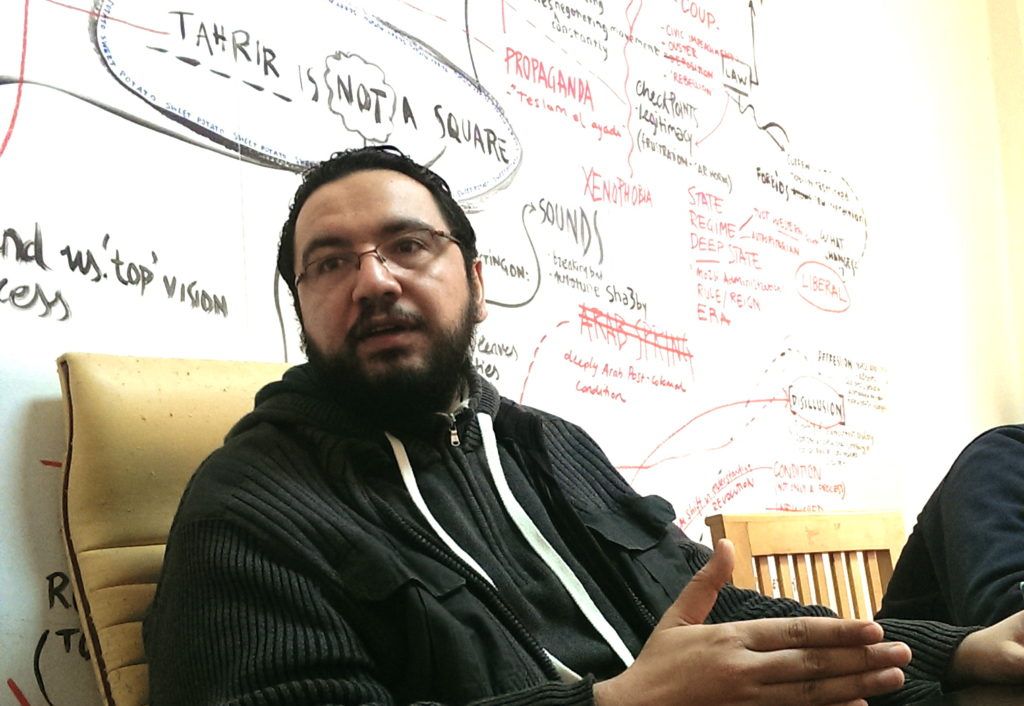 After writing a daily column for Al-Shorouk daily newspaper for a little over a year, writer Belal Fadl announced on his Twitter account on Sunday that he will no longer write for the paper after his latest article was banned.

“I will look for another paper that doesn’t deceive its readers with slogans about freedom of thought, which is being strangled every day,” Fadl wrote on his Twitter account, after announcing his decision.

Fadl explained on social media that his latest article, which discusses both Field Marshal Abdel Fattah al-Sisi and prominent journalist Mohamed Hassanein Heikal, was supposed to run on Saturday.

In place of Fadl’s articles, Al-Shorouk published in its Saturday and Sunday issues an apology in his name saying that he wasn’t able to write his column, which Fadl says was published without his consent.

Fadl stated that sources informed him that the article was sent to Heikal, who personally suggested that it should not be published. He says that the paper asked him to overlook this article and continue writing other articles for the paper. However, he declined.

“After thinking about the situation, I realized that I would be contributing to the lowering of the ceiling of freedoms by being present and making it seem like I’m allowed to publish my articles,” he wrote on his Facebook page.

Fadl said that the paper has been increasingly pressuring its writers to censor their writing, which he says has become “exhausting.”

Although Al-Shorouk has published articles which criticized Sisi before, it seems that mentioning Heikal, whose two sons are major shareholders in the paper, is a more sensitive issue.

Despite Fadl’s statement that Heikal himself refused to let the article run, the journalism icon’s son, Hassan Heikal, criticized the move on his Twitter account, saying, “To Al-Shorouk newspaper, with all due respect, Belal Fadl’s “banned” article about Field Marshal Sisi and Heikal should be published. I don’t understand how it could be banned.”

Fadl announced that the banned article would be published in several other outlets, including Mada Masr.

Topics
Related
Al-Bernameg
The politics of silence
Jahd Khalil | Those looking to view coverage from a critical and professional talk show presenter on Egyptian television
Al-Shorouk
Rights group: Al-Shorouk bans article by anti-army writer
The Arab Network for Human Rights Information issued a statement of concern on Thursday regarding the