The rarely seen birds of Egypt
By
Ahmed Waheed

Ahmed Waheed started bird-watching when he was seven years old. He would travel with his father, who was the manager of the Zaranik Protectorate in North Sinai. The protectorate covers 250 square kilometers, and lies just 30 kilometers west of the town of Arish, along the Mediterranean Coast in northeastern Egypt. In the autumn, the Zaranik Protectorate is one of the main passages for birds from both Europe and Asia as they travel south to Africa. In earlier seasons, 270 different species of birds have been sighted flying through Zaranik. For Ahmed, it is an amazing thing that birds weighing no more than 50 grams can fly every year from Canada to South Africa. Now Ahmed is starting an online magazine called Egypt Geographic. The magazine will be devoted to nature conservation and raise environmental awareness in Egypt. 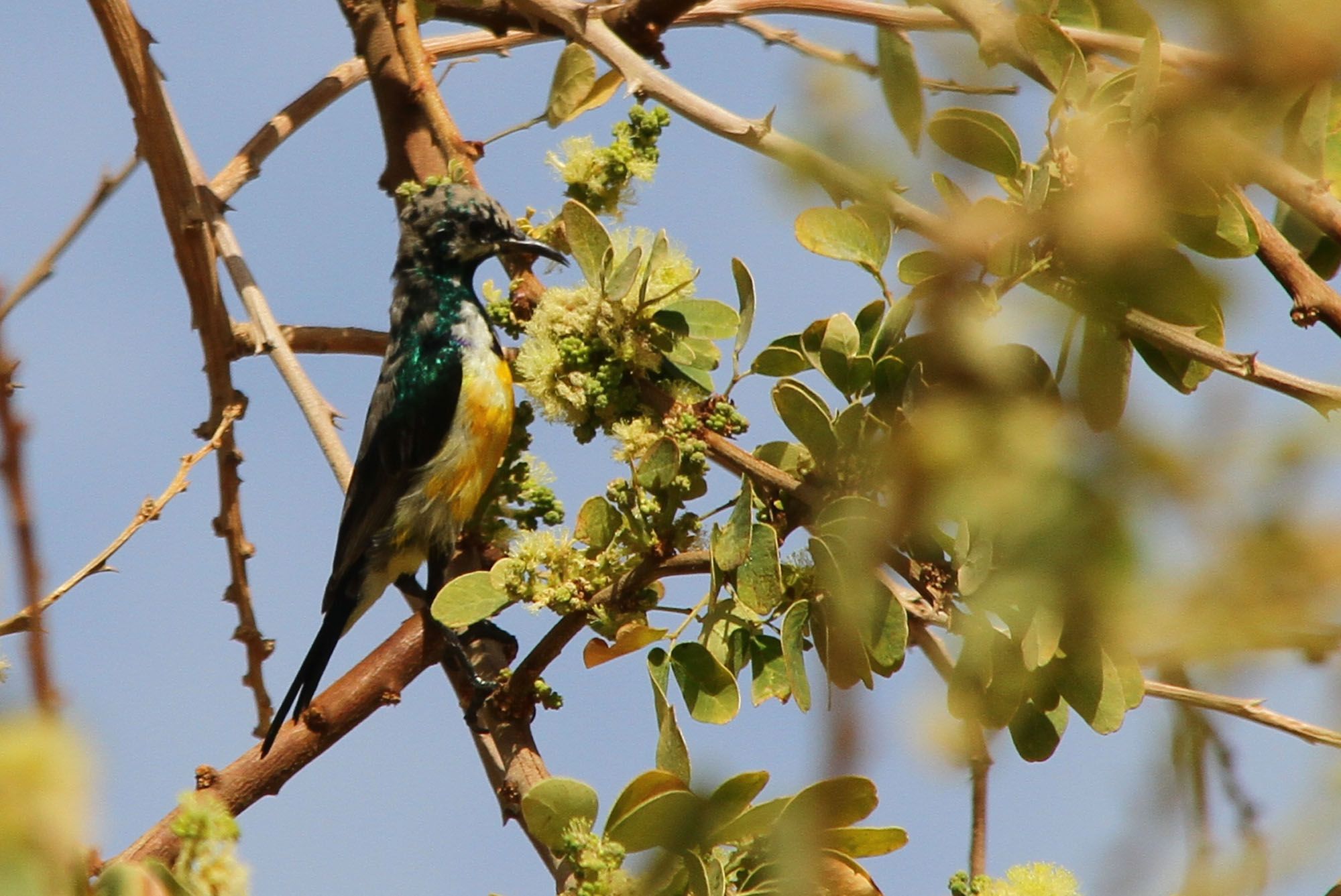 The Nile Valley sunbird’s habitat is all along the Nile Valley. The color of the bird’s feathers changes throughout the year. In the winter, males and females look alike. The sunbird is tiny, just 9 to 10 cm long. It has a pale-grey head and light-yellow breasts. Its bill is long, slender and slightly down-curved. In February, the male sunbird becomes glossy green, with a brilliant sulfur-yellow belly and long tail streamers that add an extra five cm to his total length. 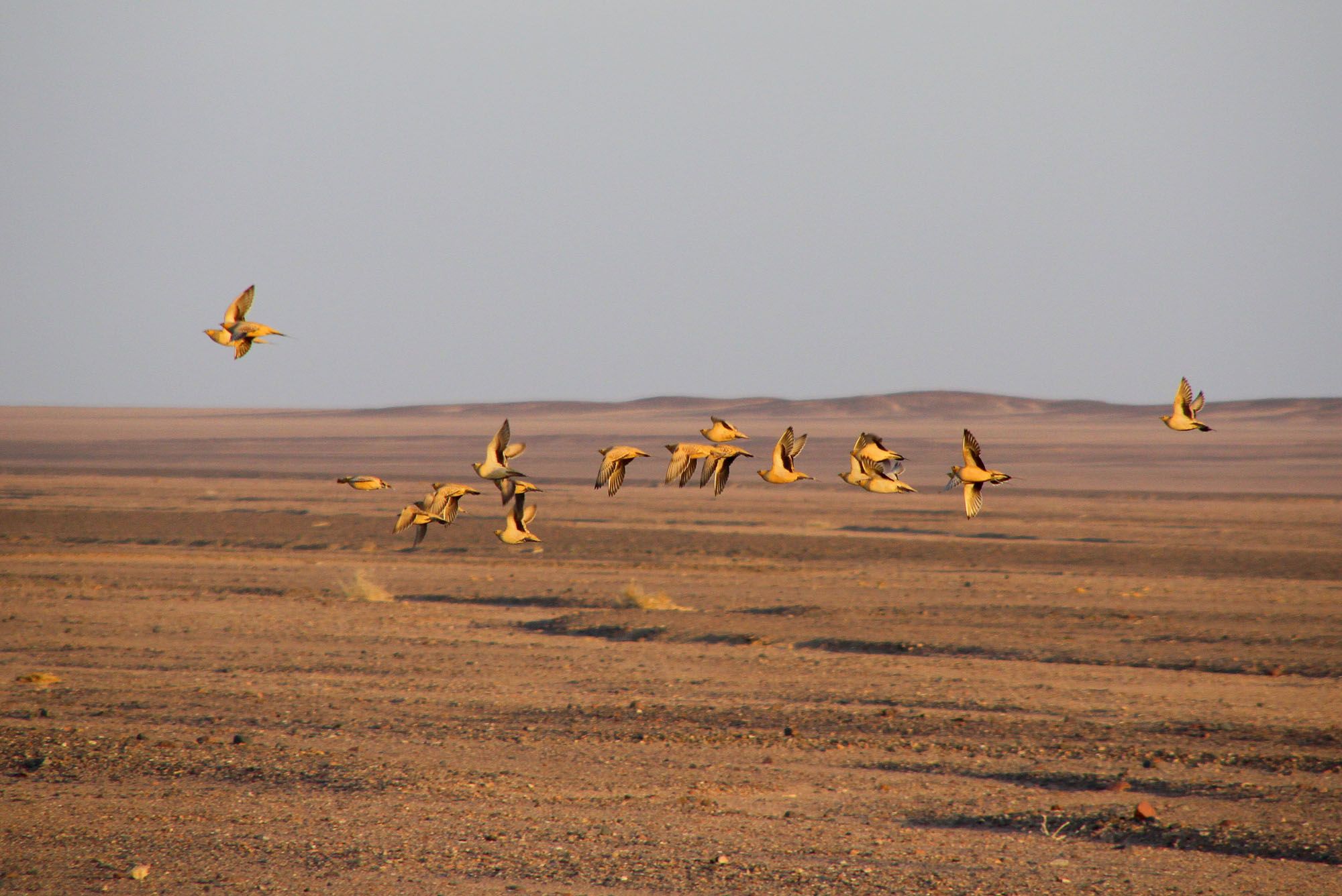 Sand grouses are common desert birds. The species pictured can be found in the Sinai and Eastern Desert of Egypt. The sand grouse has a musical, “queeto-queeto” call which distinguishes it from similar-looking species. This is how the bird was given its Arabic name, “Qata.” 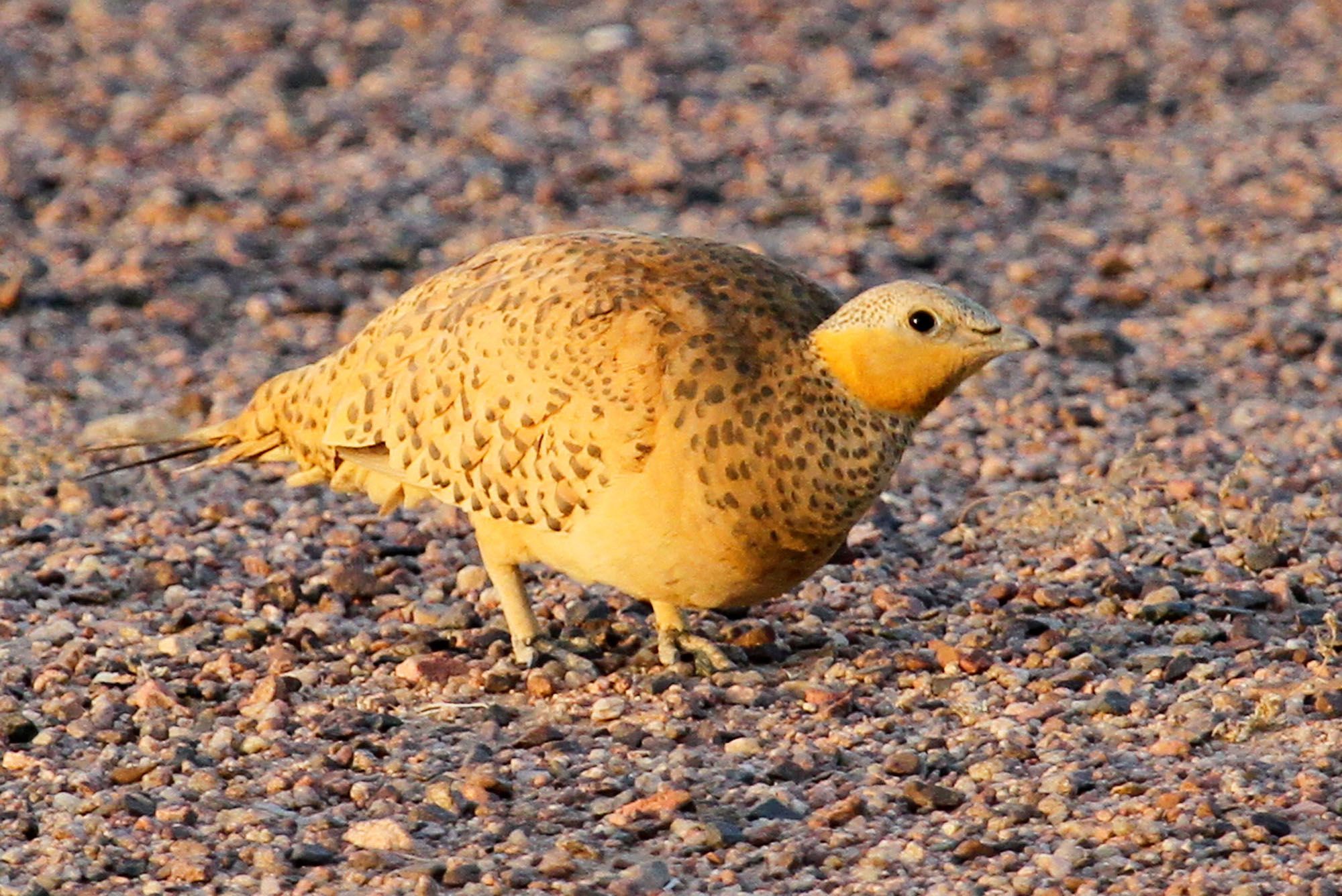 A close-up picture of the spotted sand grouse taken in the desert near Ra's Gharib, Red Sea Governorate. 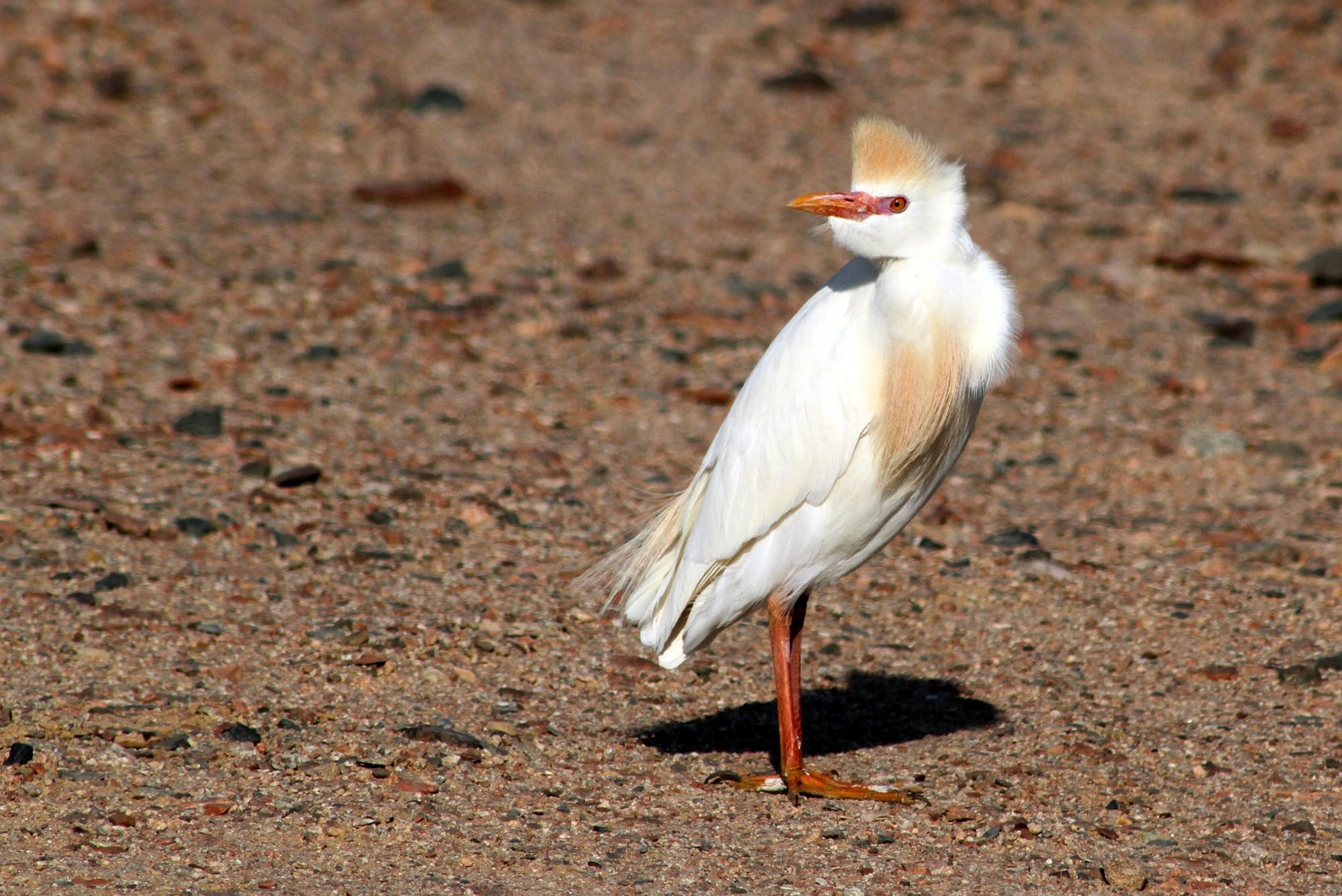 The cattle egret’s natural habitat expanded as cattle ranching moved from Europe into northern Africa, and, in the nineteenth century, into sub-Saharan Africa. The cattle egret feeds on a wide range of prey, including insects, especially grasshoppers, crickets, flies, and moths, as well as spiders, frogs and earthworms. 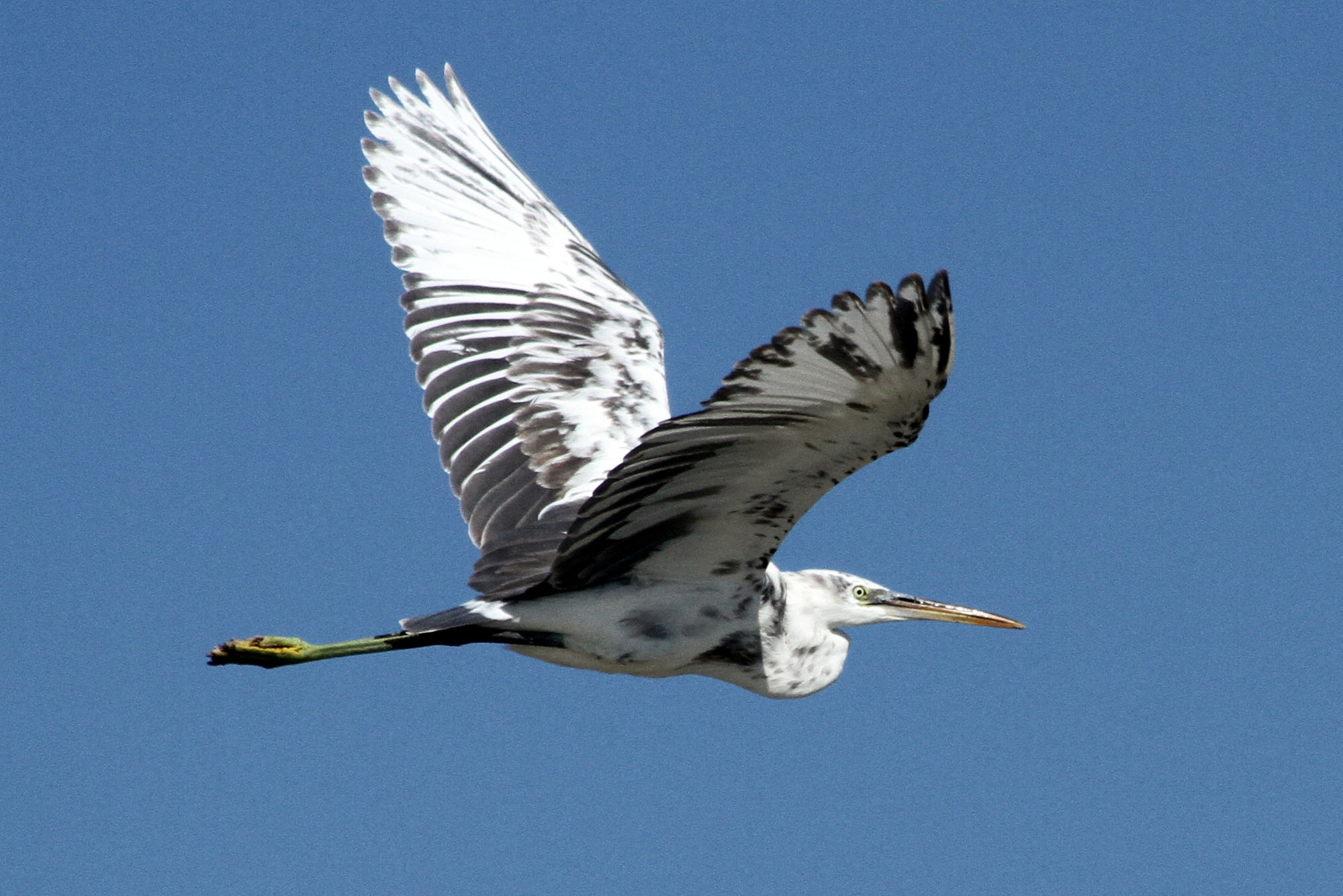 The Western Reef egret looks like the cattle egret but lives on the shores of lakes and other large bodies of water and eats fish. The Western Reef egret is also known as the Western Reef heron. It is a medium-sized bird with an extremely wide range. It is native to the coasts of tropical West Africa, the Red Sea, the Persian Gulf and eastwards to India. It sometimes appears in Brazil, the Caribbean, North America and the Cocos Islands in the eastern Indian Ocean. 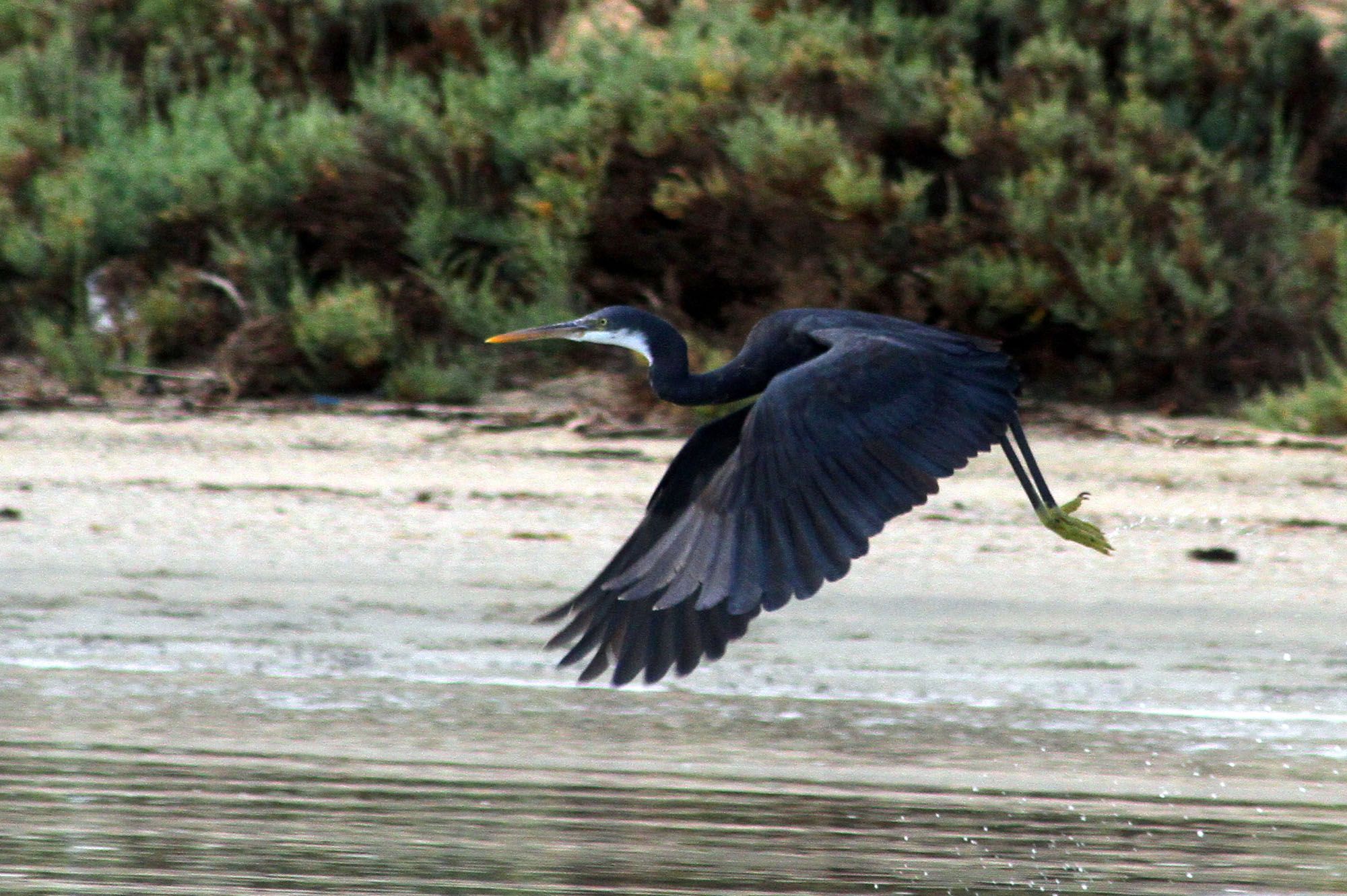 The Western Reef egret has two morphs: the light morph, which is shown in the previous picture, and the dark morph, seen above. 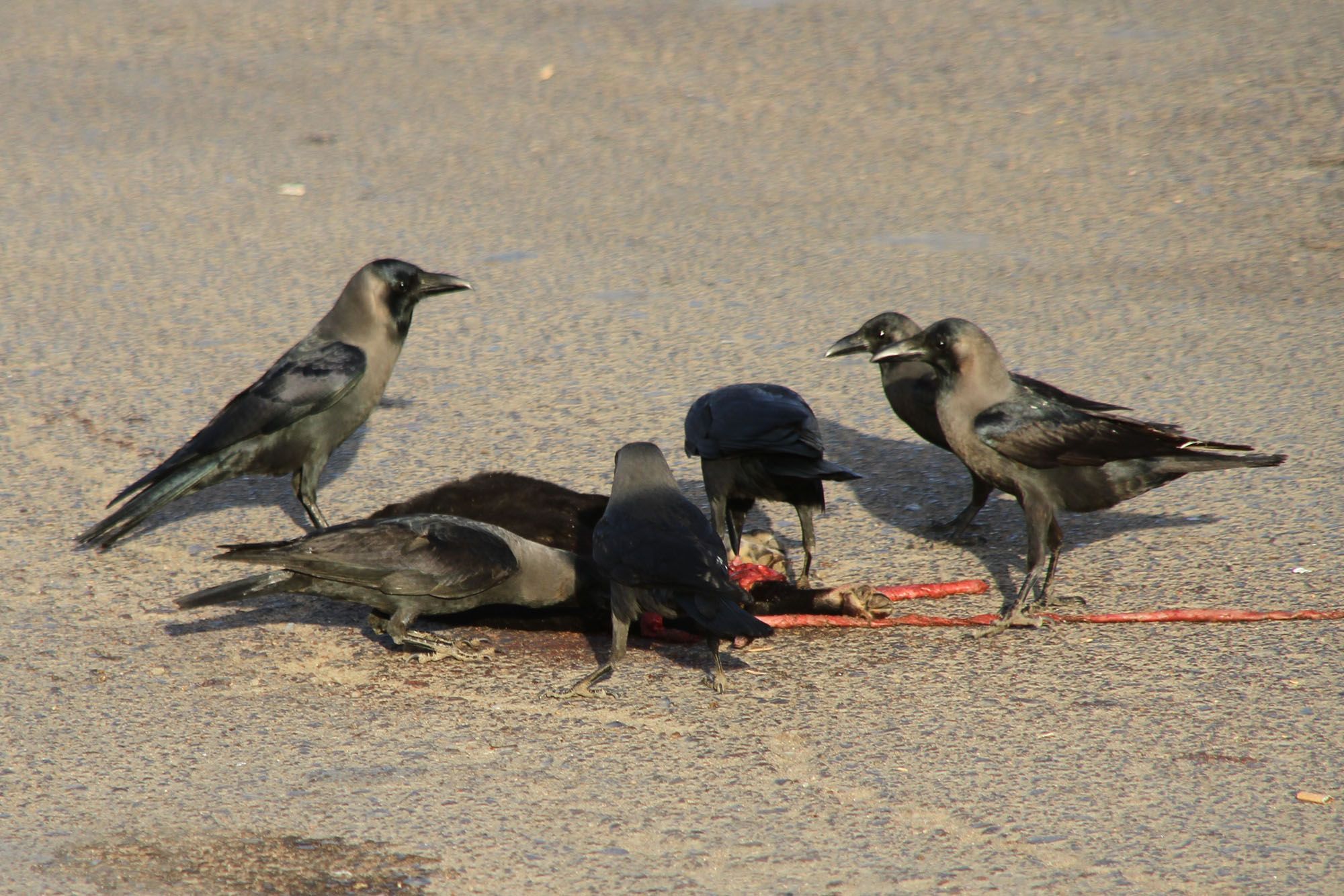 The crow is one of the most intelligent species of birds. Egypt has two main varieties: the city-dwelling bird, which we call a crow, and the desert-dwelling bird, which is known as a raven. The crow often appears in folklore and religious stories, usually portrayed as a wise but sometimes crafty character. 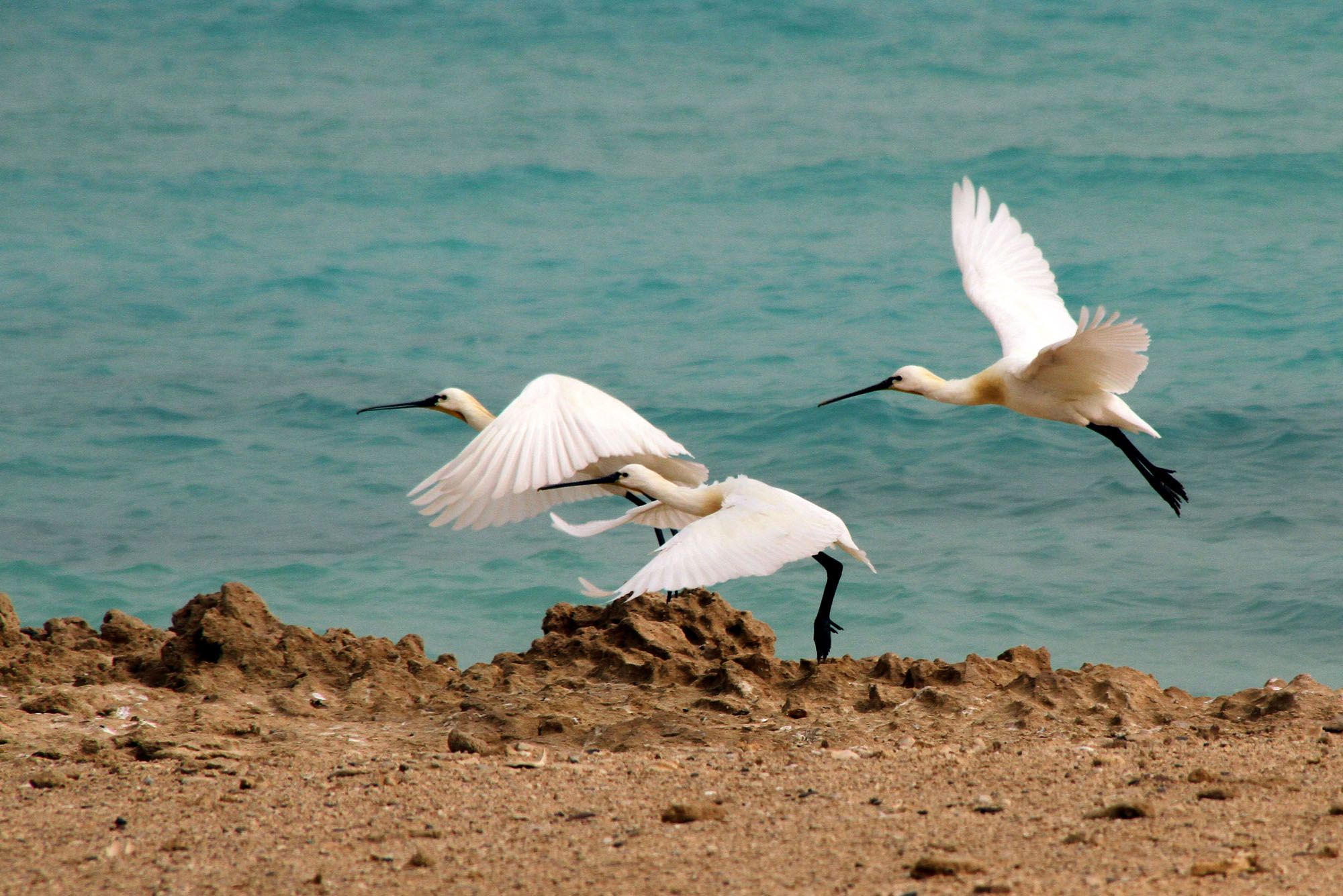 The spoonbill gets its name from its distinctive bill, and can usually be found near bodies of water. The Eurasian spoonbill habitat ranges from open bodies of water in the summer to sheltered habitats in the winter. It sometimes nests on coastal islands, but is more often found in dense vegetation near lakes or rivers. 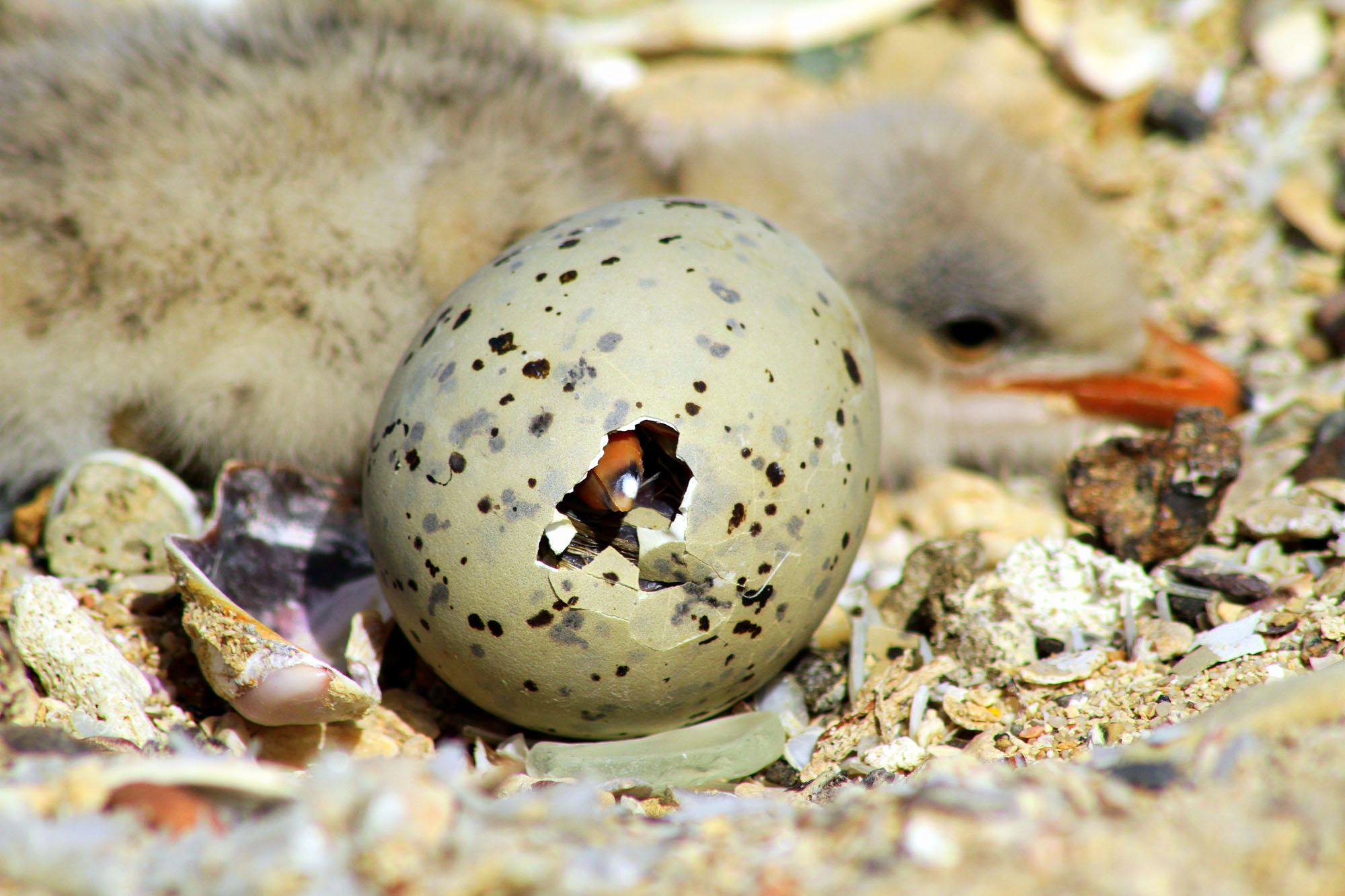 This little chick was found breaking out of its shell during a study of birds wintering on the Red Sea Islands. 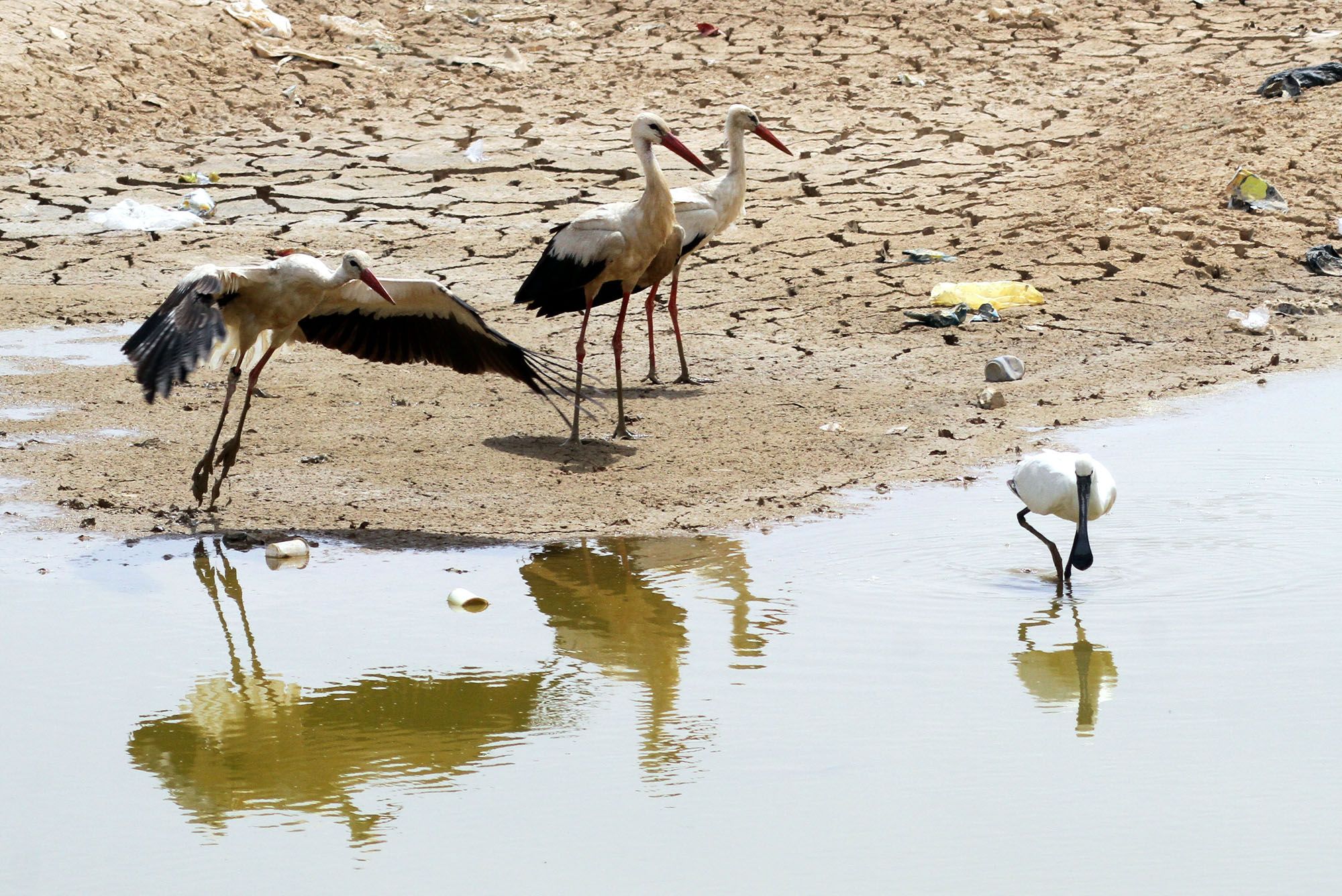 While birds often segregate according to their species, precious resources like food and water draw them together in Ra's Gharib. 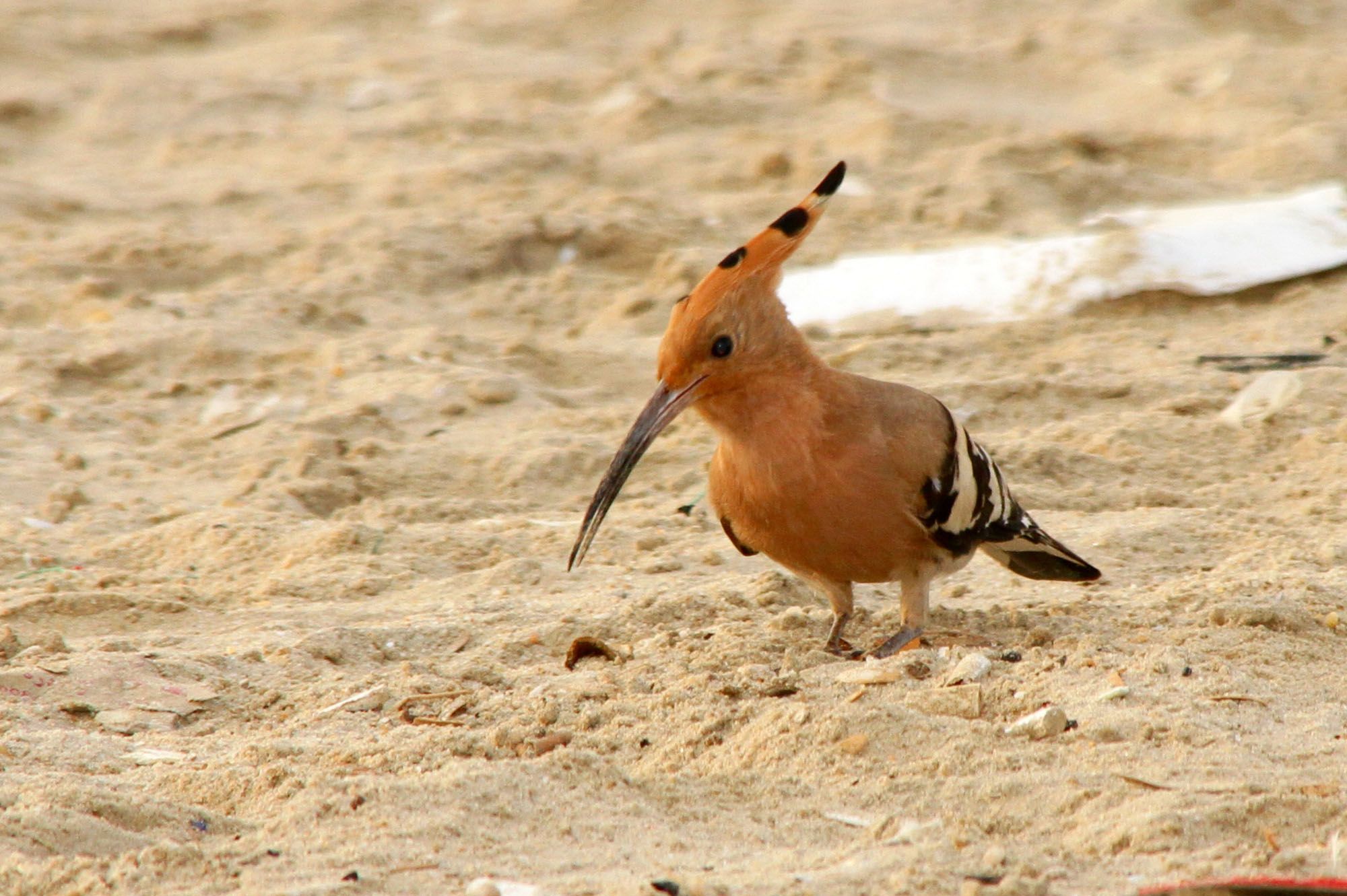 Hoopoe birds can be seen in cities, especially in gardens. They defend themselves from predators by spraying foul-smelling excretions. 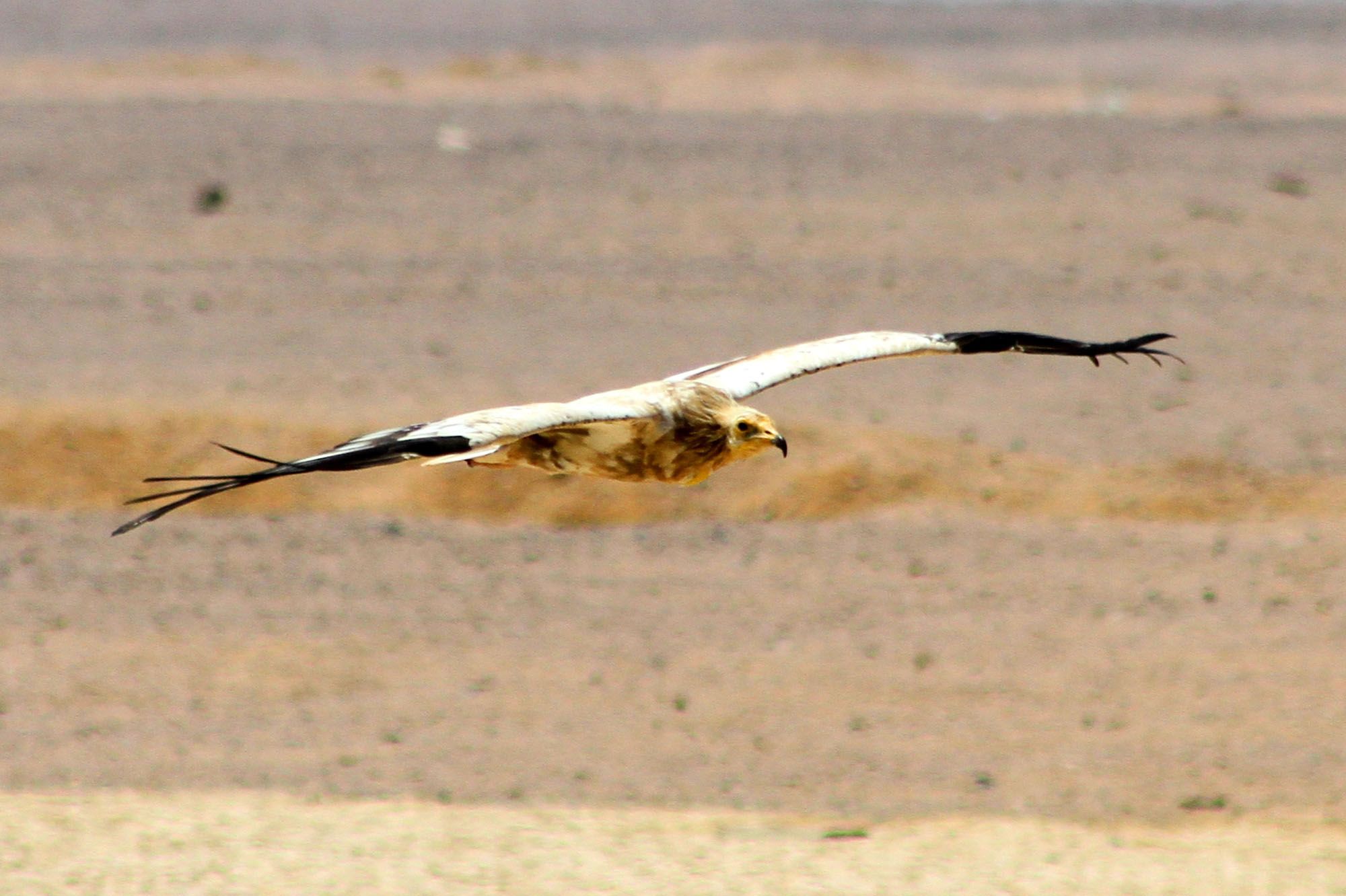 The Egyptian vulture is also known as the white scavenger vulture or pharaoh’s chicken. It is a small, old world vulture and has a wide habitat. It is one of the few birds that uses tools: Egyptian vultures use rocks to break open ostrich eggs. 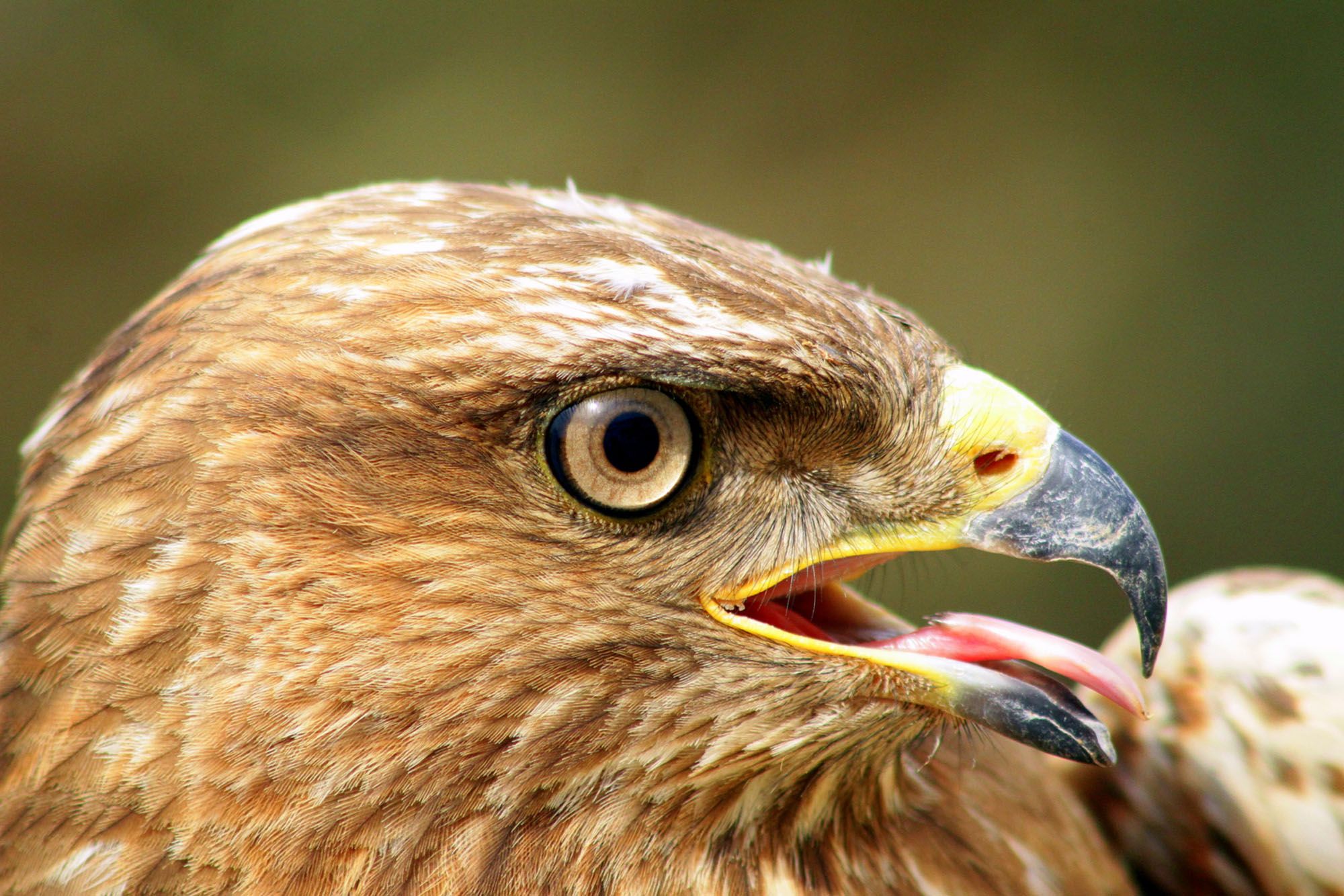 The steppe buzzard can sometimes be confused with its more famous hunting cousin, the peregrine falcon. This beautiful raptor, found in the Eastern Desert, is not a good hunter but is still a raptor. In the United States, the word buzzard is often used to describe native turkey vultures, but these two species are not related. 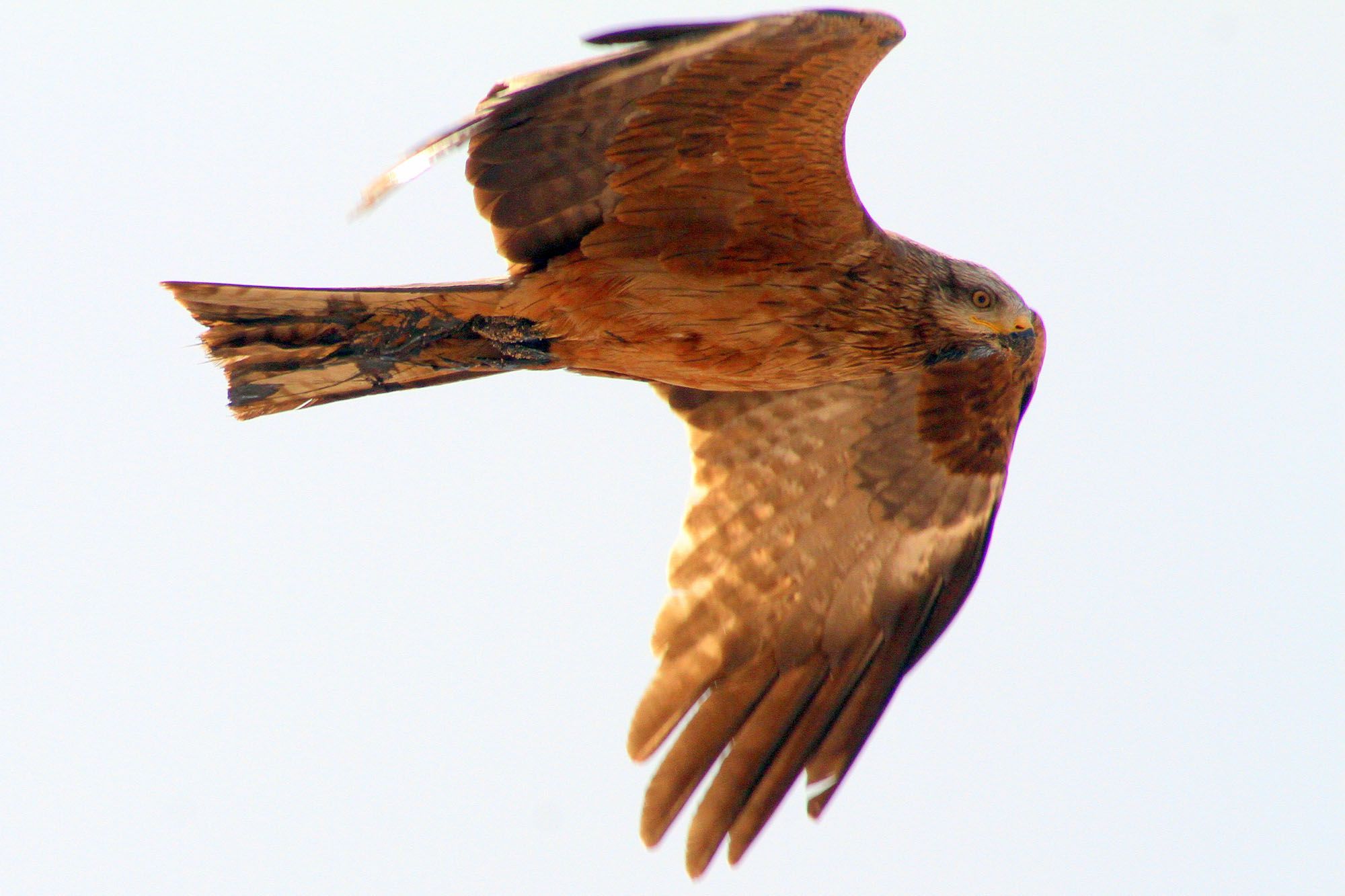 The black kite is also a raptor, and winters in Egypt. A subspecies of the black kite is the yellow-billed kite. The distinctive shape of the kite’s tail makes the bird easy to identify. 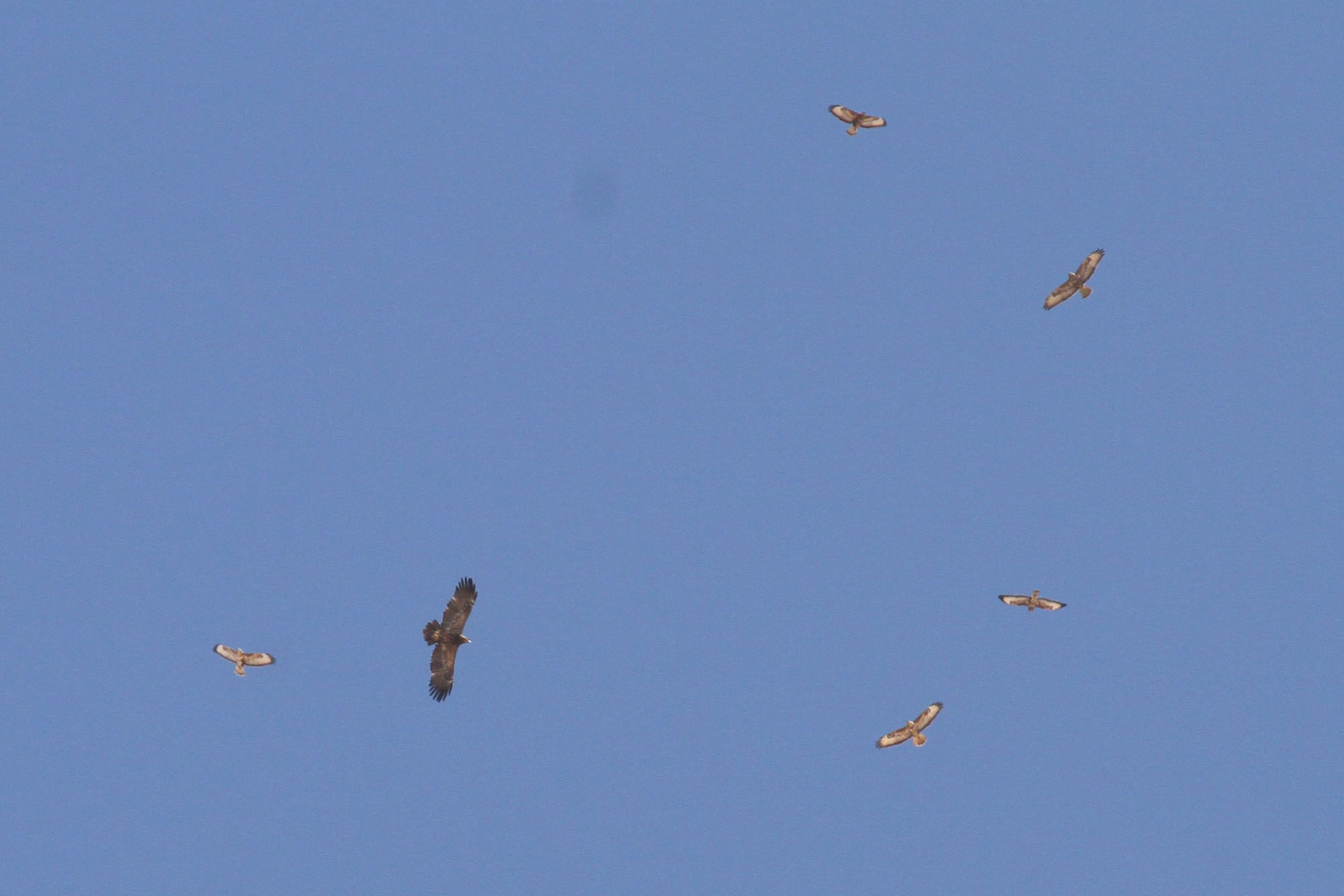 Small birds fly by flapping their wings, but big birds lock their wings in place and soar long distances. Soaring birds fly only during the day, using hot thermal drafts to gain altitude and then glide downwards. Using this technique, they can travel over long distances with little exertion. In the photograph above, you can see a lesser spotted eagle and five steppe buzzards, all of which are soaring birds. 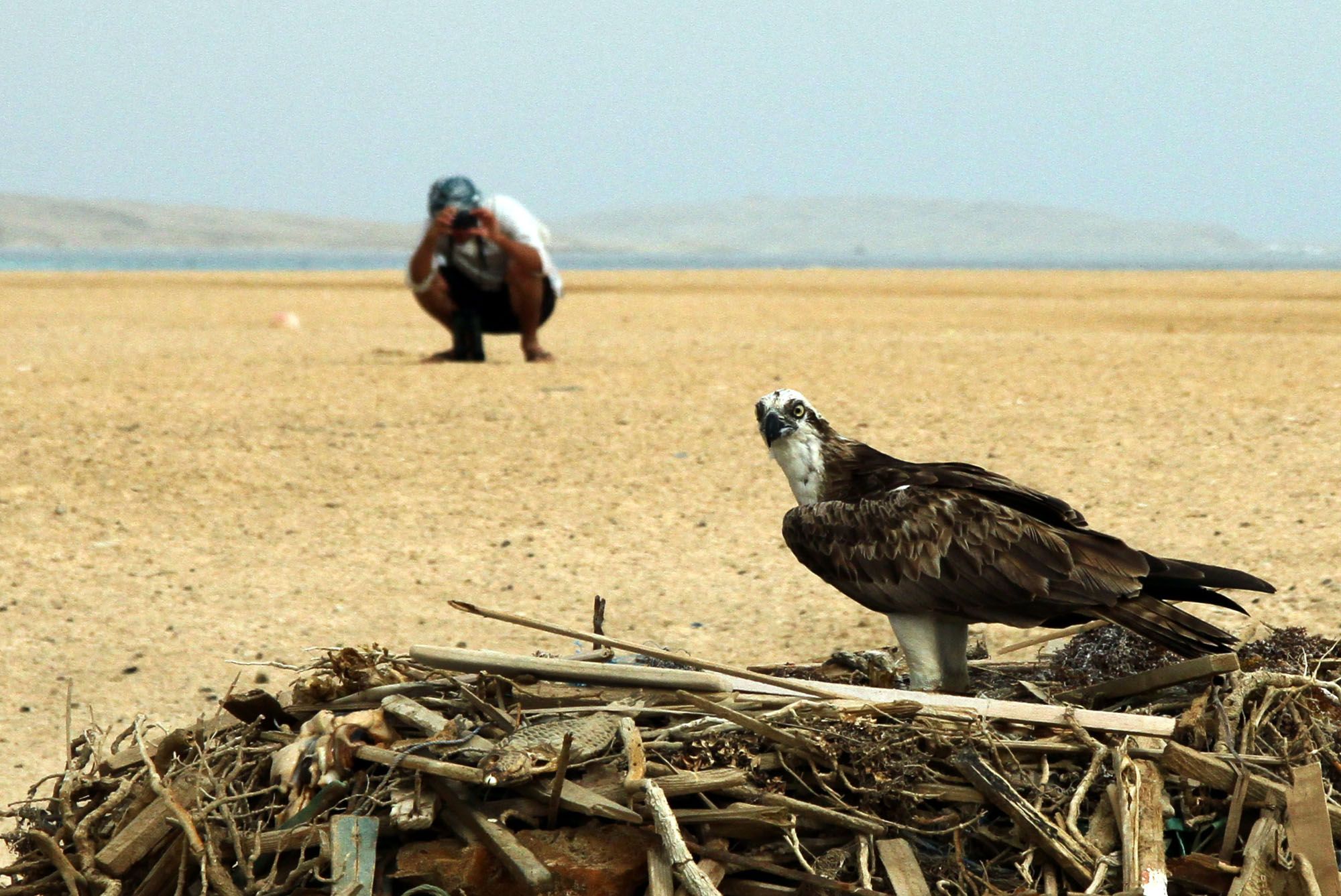 Photographing birds can be a challenging hobby, requiring knowledge of species’ behavior and migration patterns, and lots of patience. This photo was taken in Hurghada, Red Sea Governorate, in March of 2013. 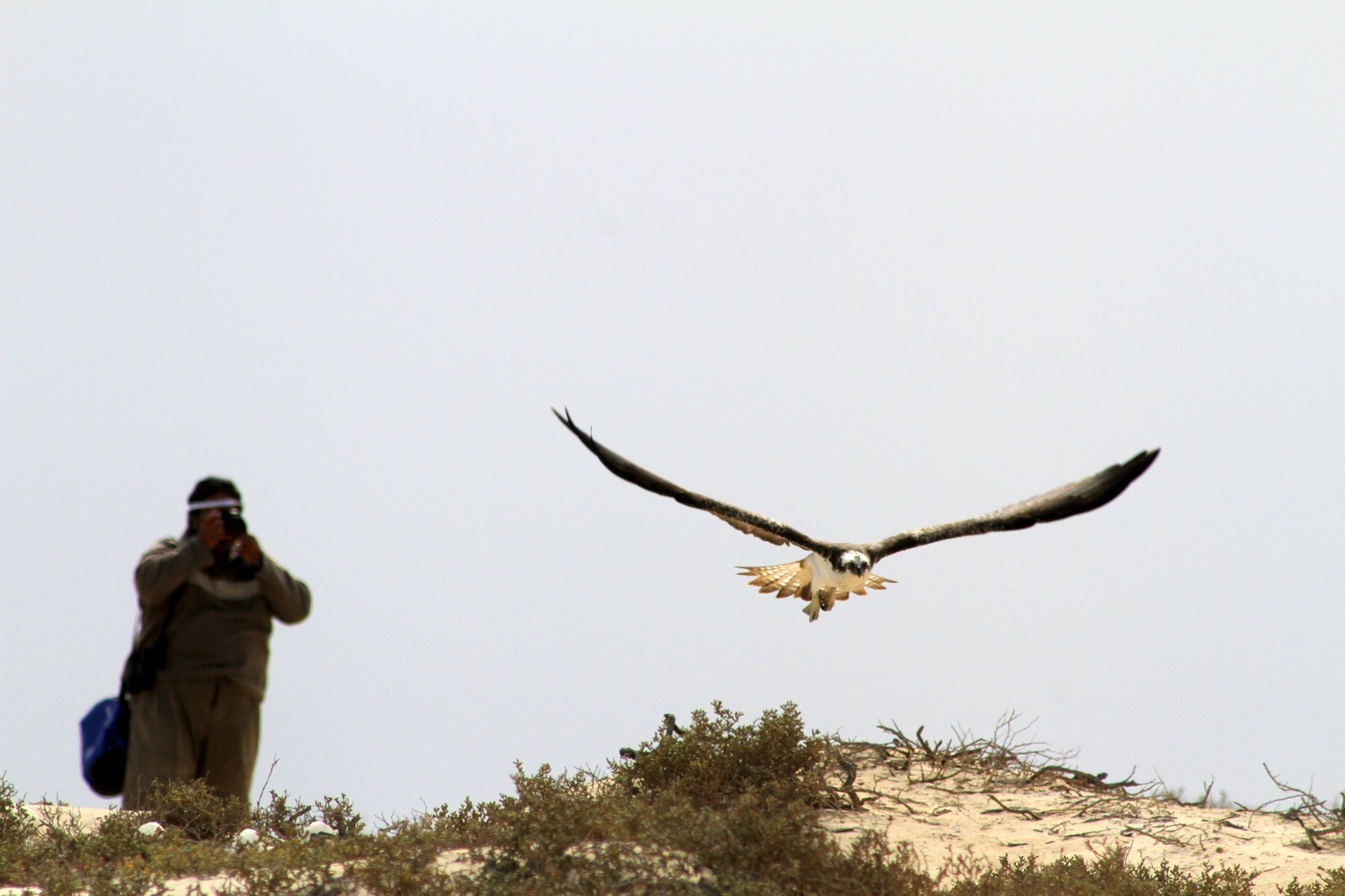 This photo was taken in Hamata, Red Sea Governorate, in January of 2013. 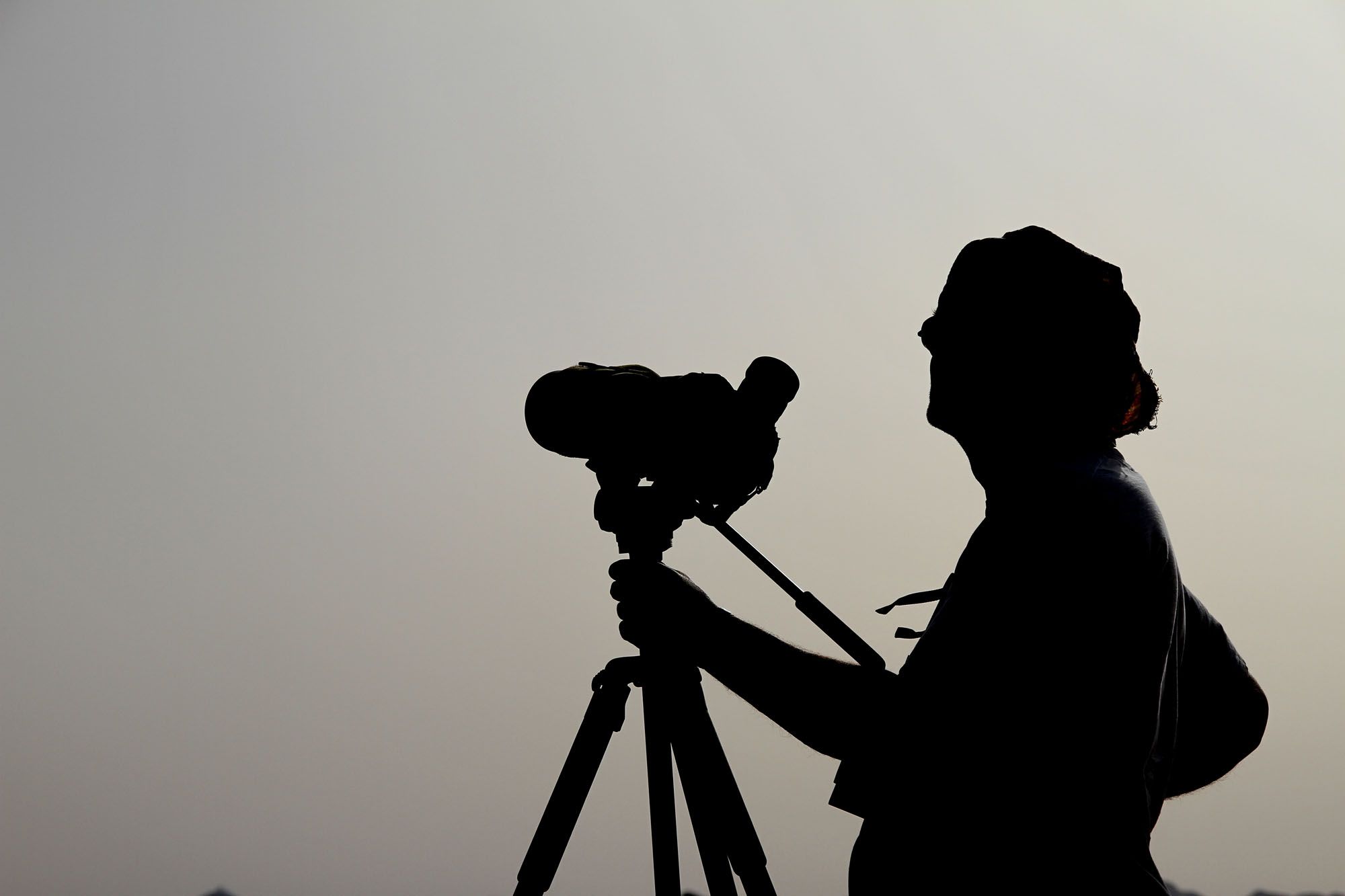 In many parts of the world, bird-watching or birding tourism has grown into its own sector, giving tourists a reason to travel to exotic locations. But organizing hasn’t made it to Egypt yet. 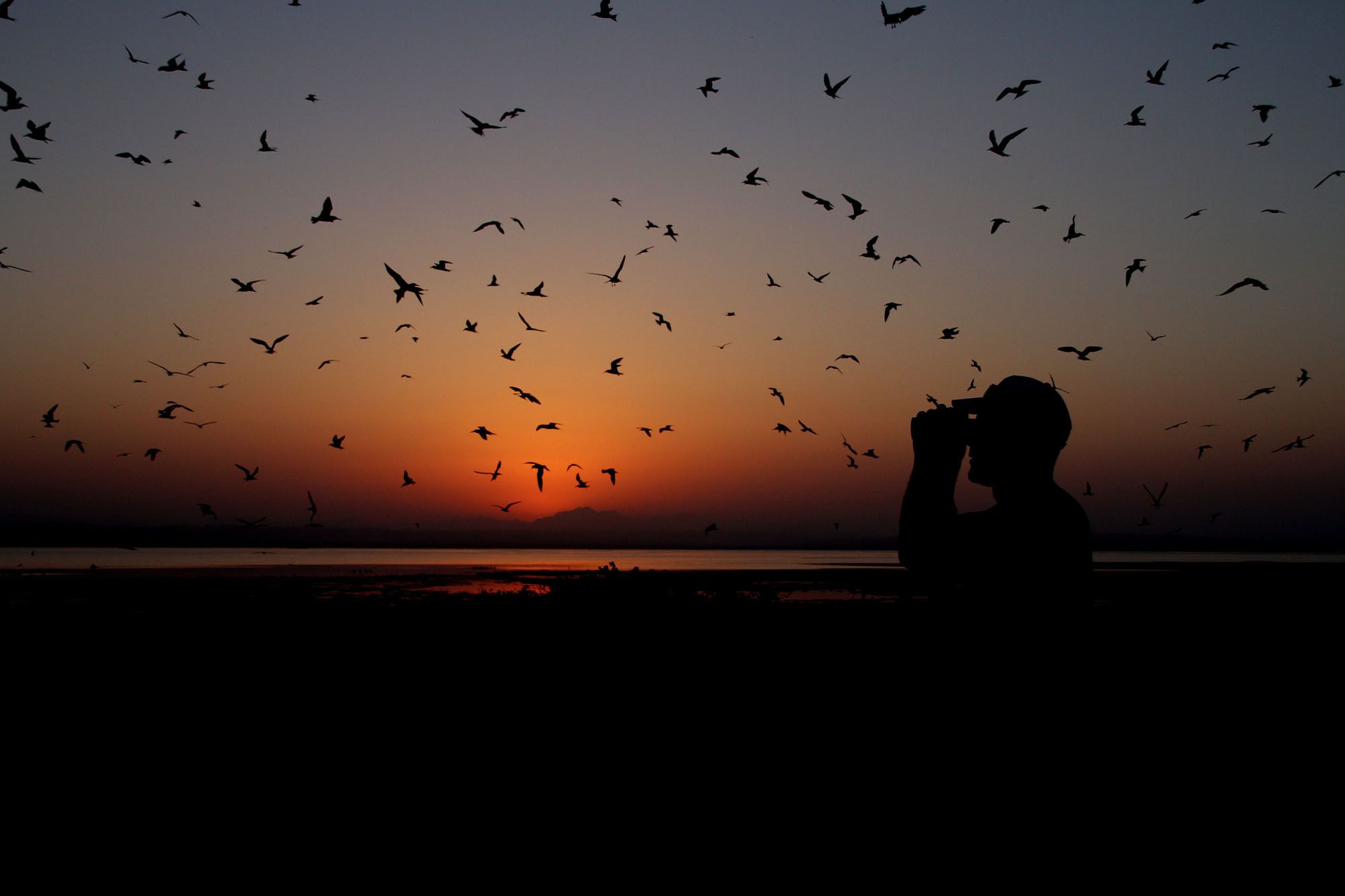 Bird-watching often involves a significant auditory component, as many bird species are more easily detected and identified by ear than by eye. Most bird-watchers pursue this activity for recreational or social reasons. Ornithologists study birds using formal scientific methods. 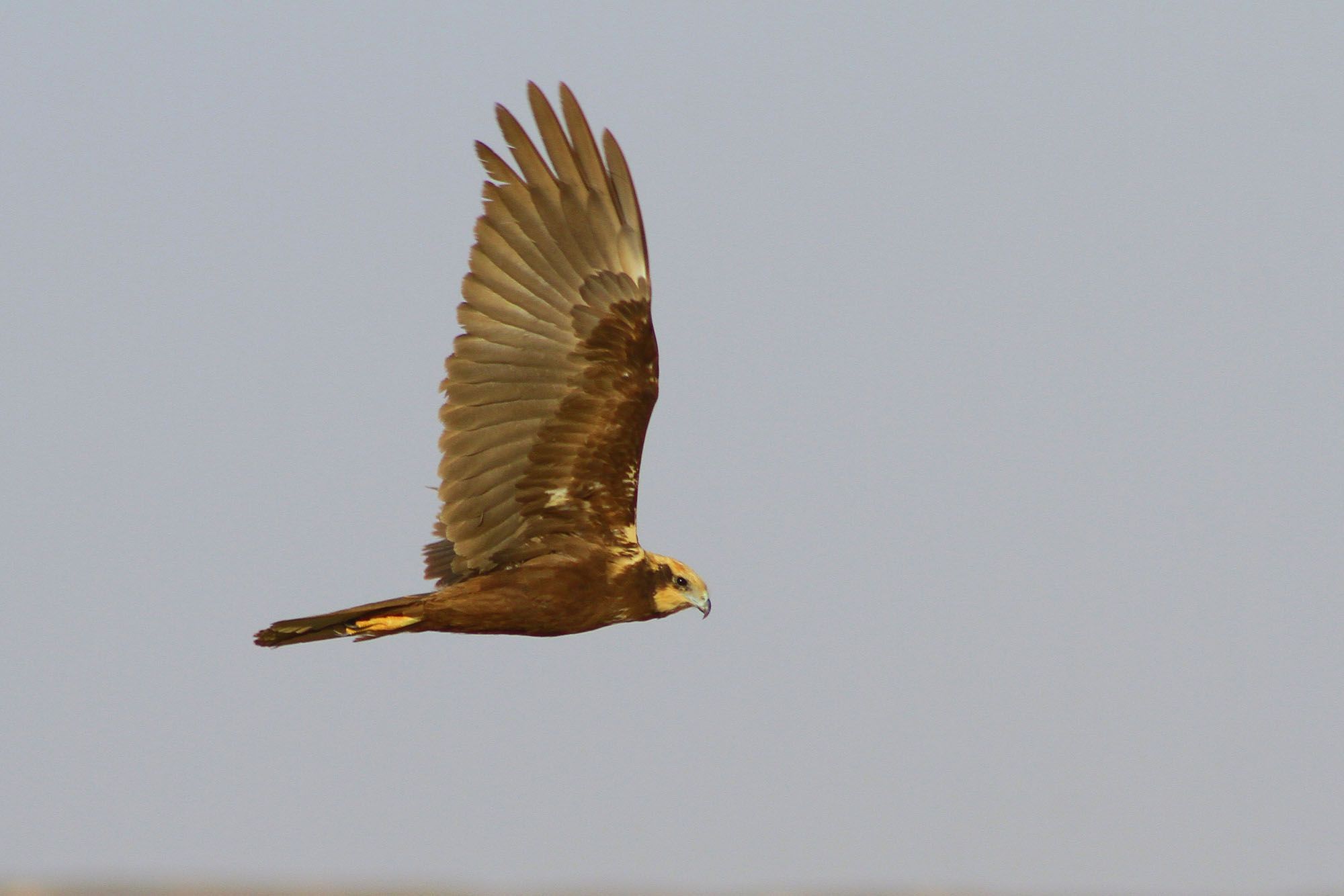 Bird photography follows the old adage, “If your photos aren’t good enough, you aren’t close enough.” This marsh harrier was about 30 meters away from me, in good light conditions. 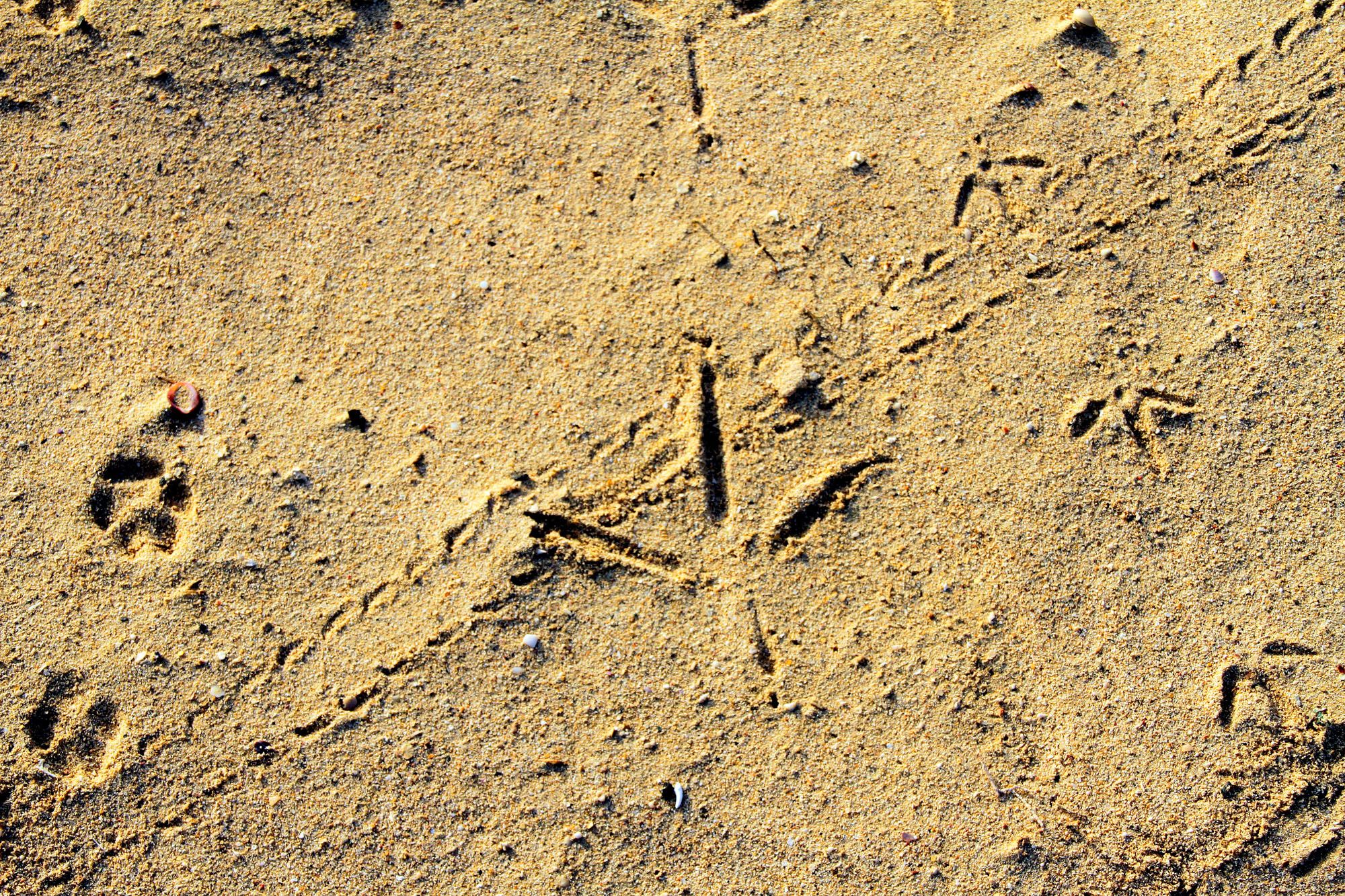 A collection of bird, insect and animal’s prints crossing the same small patch of ground. 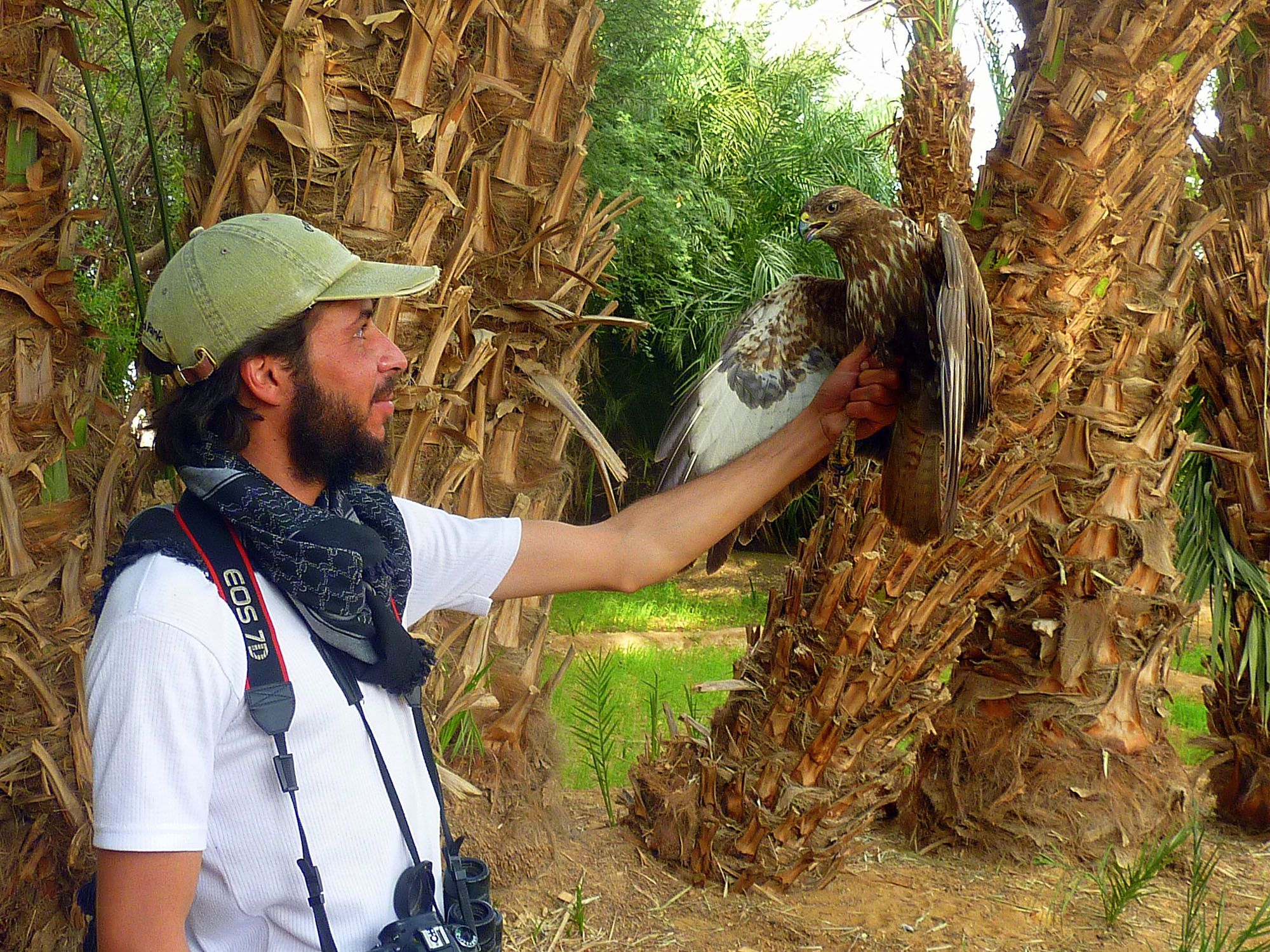 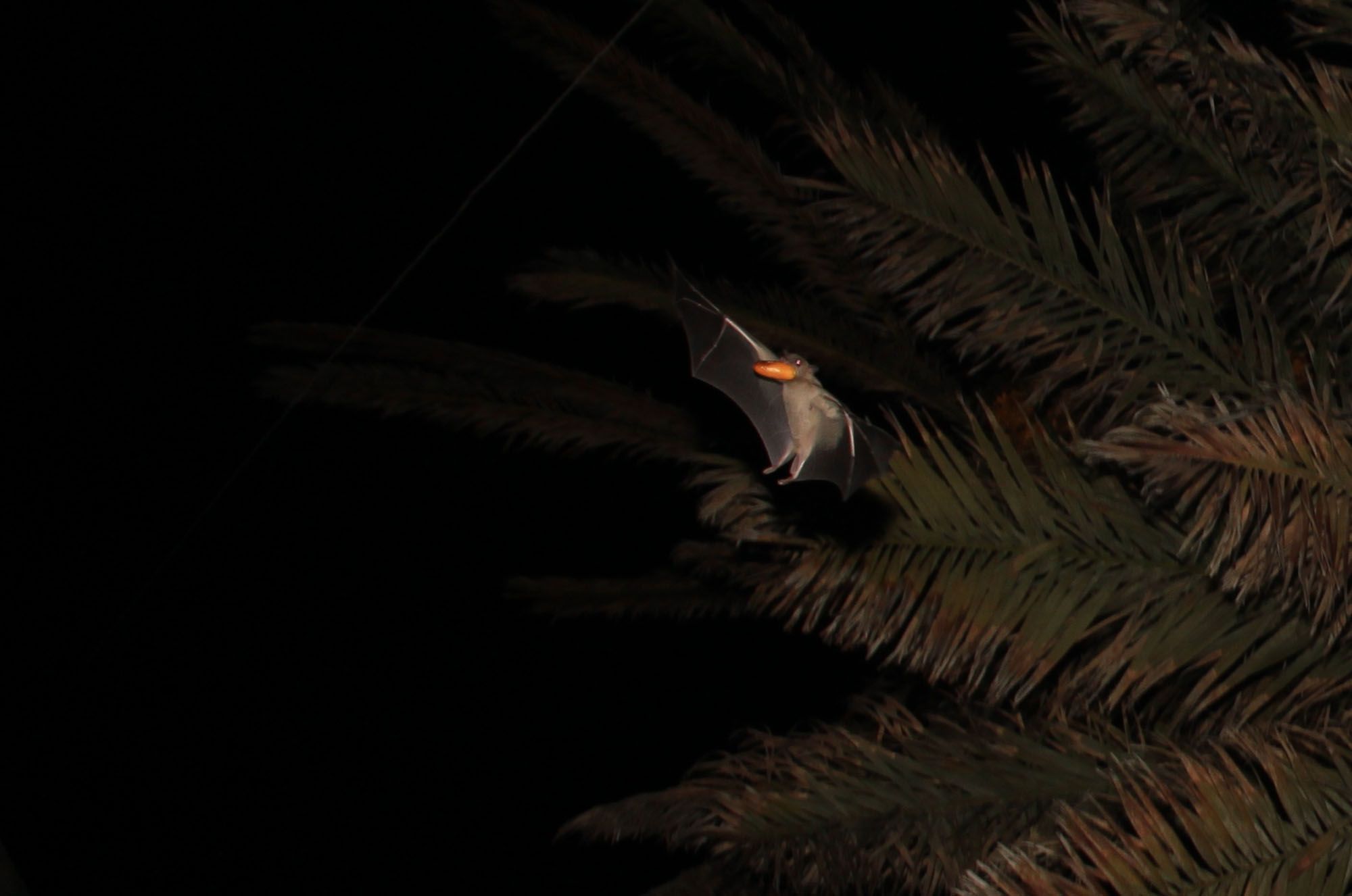 This is the Egyptian fruit bat, which is very common in Egypt. Bats travel long distances in search of food, eating fruits like dates, carob, mulberries, azedarach, figs, apricots, peaches and apples.
اقرأها بالعربية
AD
Ahmed Waheed
Ahmed Waheed is a conservationist and photographer based in Arish, in the Sinai. He is also behind the Egypt Geographic magazine.
1 article on Mada
More from Panorama
Coronavirus
The silent nights of curfew
Ravy Shaker
See All Photo Stories