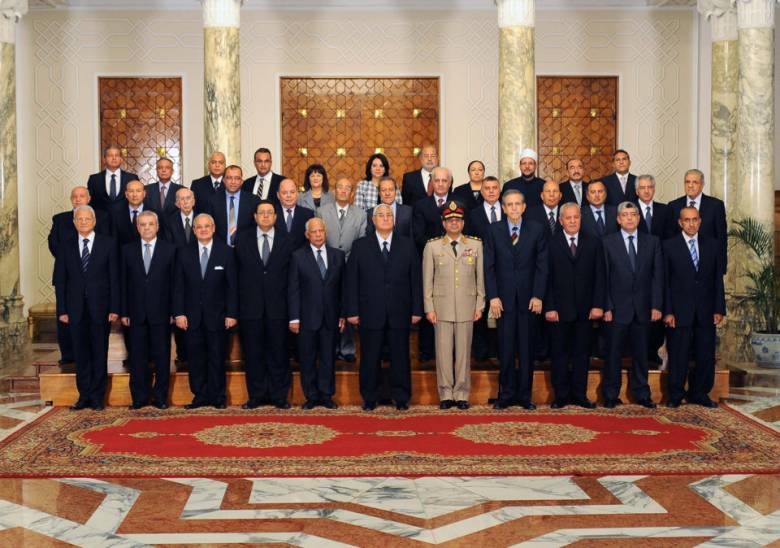 State media leaked news of anticipated changes in the cabinet, including the replacement of Defense Minister Abdel Fattah al-Sisi should he choose to run for president.

After the constitution passed with a staggering 98 percent vote, focus shifted to a cabinet reshuffle, with Al-Ahram quoting “government sources” stating that around seven ministers will be replaced in the near future.

The changes are expected to include deputy prime ministers, as well as ministers of electricity and energy, Irrigation, military production, health and supply, and petroleum.

The sources added that the position of defense minister may also be part of the reshuffle, maintaining that Sisi’s presidential candidacy is ultimately his decision.

Talks of a cabinet reshuffle have recently surfaced, with Prime Minister Hazem al-Beblawi telling Al-Masry Al-Youm on Sunday that while the cabinet has no intention of submitting its resignation to interim President Adly Mansour, he did not rule out a cabinet reshuffle.

Beblawi said that it was too soon to discuss a reshuffle since the ministers have been assigned with certain tasks that they are currently in the process of fulfilling.

Last Saturday, a presidential source denied that interim President Adly Mansour will give a statement announcing that the presidential elections will take place in March, following rumors that he would do so after declaring the final result of last week’s referendum on the draft constitution.