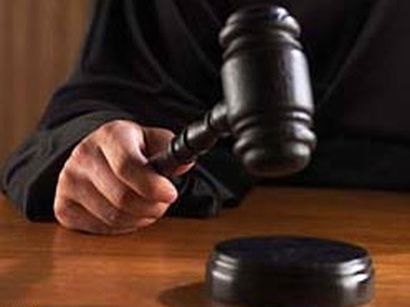 Prominent figures from across the political spectrum were brought together in one case when a decision was made on Sunday to refer 26 people to the Criminal Court on charges of insulting the judiciary, state-run Al-Ahram reported.

While all 26 defendants face the same accusation, each was implicated in the case for comments they made in different instances.

Morsi is accused of insulting the judiciary in a speech he gave in his capacity as president last June, according to a report published by the independent Al-Shorouk newspaper. He is also accused of interfering in the prosecutors’ work.

The former MPs are accused of insulting the judiciary in remarks they made in the 2012 parliamentary session, according to Al-Shorouk.

Hamzawy, on the other hand, is implicated in the case for comments he made on his Twitter account criticizing a court ruling in the case of NGOs’ foreign funding, calling it “politicized.”

Amir Salem, a lawyer also implicated in the same case for comments he made about the ruling in Mubarak’s case, told Mada Masr that he is surprised to hear about his referral to Criminal Court.

He said he is not sure whether the case has any political implications and did not know what its legal basis was.

“I am being referred to court for comments I made over two years ago in my capacity as a lawyer for the martyrs and injured of the revolution,” he said. “I don’t understand why this issue resurfaced and why my name is lumped together with Morsi and Assem Abdel Maged,” he said.

Topics
Related
judicial independence
Egypt’s courts
Yasmin El-Rifae | In 2006, a group of judges agitated to demand an investigation of the 2005 elections fraud, opening up
Alexandria
Travel ban on Brotherhood judges, 79 Brothers referred to criminal court
An investigations judge summoned leading pro-Brotherhood judges and issued them with a travel ban, state-owned
activist arrests
Abd El Fattah, 24 others referred to criminal court for defying protest law
Alaa Abd El Fattah and 24 other defendants arrested during a protest in front of the Shura Council have