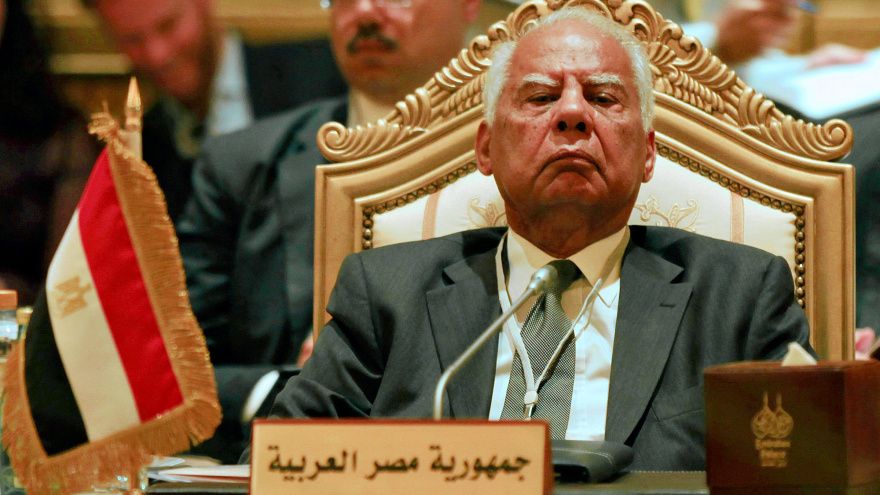 The recent broadcast of leaked telephone conversations represents an “assault on freedom and privacy” and a contravention of journalistic standards, interim Prime Minister Hazem al-Beblawi said on Thursday.

The calls were aired over several episodes and Ali said he would release other recordings.

Beblawi condemned the leaks during a press conference following Thursday’s Cabinet meeting, in which he also urged citizens to participate in next week’s constitutional referendum, and asserted the government’s commitment to the democratic process and “respect for the rights and freedoms of all citizens.”

“The government will take the necessary action to request that the public prosecution investigates to determine those responsible for this violation of the law,” Beblawi said.

Interior Minister Mohamed Ibrahim was also asked by a journalist at the press conference about the telephone leaks.

Ibrahim repeated several times that the Interior Ministry had nothing to do with the leaked recordings, “and the proof of this is that they were done after the storming of State Security,” adding that “after January 25, Egypt is an open field for foreign intelligence.”

The State Security headquarters were stormed in March 2011, before the apparatus was renamed National Security.

The activists whose calls were leaked have been accused of plotting and inciting the incident. On January 5, the general prosecution referred the case to the Cairo Appeals Prosecution.

Ibrahim confirmed that the prime minister “will call on the general prosecution to investigate what was leaked on a satellite channel.”

“We have no animosity with revolutionary forces like April 6 and others after June 30,” he assured.

Naggar has filed a complaint against Ali accusing him of spying, libel and forgery. The first hearing in the lawsuit is scheduled for February 22.

Naggar also issued a statement last week condemning the leaks as a “character assassination campaign” used as a form of “political revenge.” He maintained in his statement that he was never involved in attacking, breaking into or vandalizing any public institution as he believes in “peaceful change,” and also pointed to the presence of the military who did not prevent protesters from entering the State Security building in 2011.

Egyptian rights organizations filed a formal request with the prosecutor general on December 31 demanding an immediate investigation into the broadcasting of the private telephone conversations.

The organizations also called for an investigation into Vodafone, the service operator used by Adel and Maher, “to determine whether it conspired to record and leak these conversations.”

The illegal recording and broadcasting of conversations is not only a violation of the law and “the sanctity of private life,” their statement said, but also an act that “returns us to the hateful practices of the Mubarak era and his State Security Police.”

The organizations — the Arab Network for Human Rights Information, Egyptian Initiative for Personal Rights, Egyptian Center for Economic and Social Rights, Hesham Mubarak Law Center and Al-Haqanya Center — said the general prosecution “has a major responsibility to ensure its credibility and impartiality regardless of the political affiliations of all parties involved.”

The statement allowed for the possibility that the content of the phone conversations may have been manipulated, adding that whether or not this is the case, they were either illegally recorded or conducted with judicial permission and leaked.

In either case, those responsible must be held accountable and punished, the statement demanded.