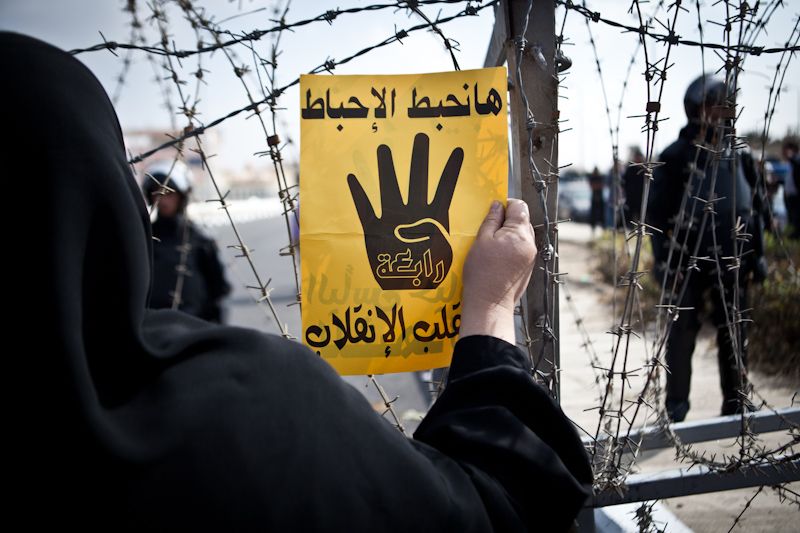 Head of the Security Directorate in the Delta city of Sharqiya, Sameh al-Kilany, said that 69 members of the FJP showed up at various police stations in Faqous, Abou Kabeer and Abou Hammad to file reports proving the end of their party membership, according to MENA.

The move follows an earlier decision by the interim government in December 2013 to call the Muslim Brotherhood a terrorist organization, threatening thousands of its members with detention, and leaving many pondering the legal implications of such a decision by the executive authority. Article 86 of the Penal Code allows members and affiliates of such groups to be punished by law.

An Interior Ministry statement following the decision asserted that such categorization of the Brotherhood would change the way in which the ministry deals with the group, expanding their powers to arrest and detain current members.

Some lawyers contested the ruling and the statement by the ministry, maintaining that such punishment could only follow a court ruling according to the constitutional declaration.

On the ground, however, ongoing arrests of Muslim Brotherhood members have rendered the government decision a de-facto ruling.