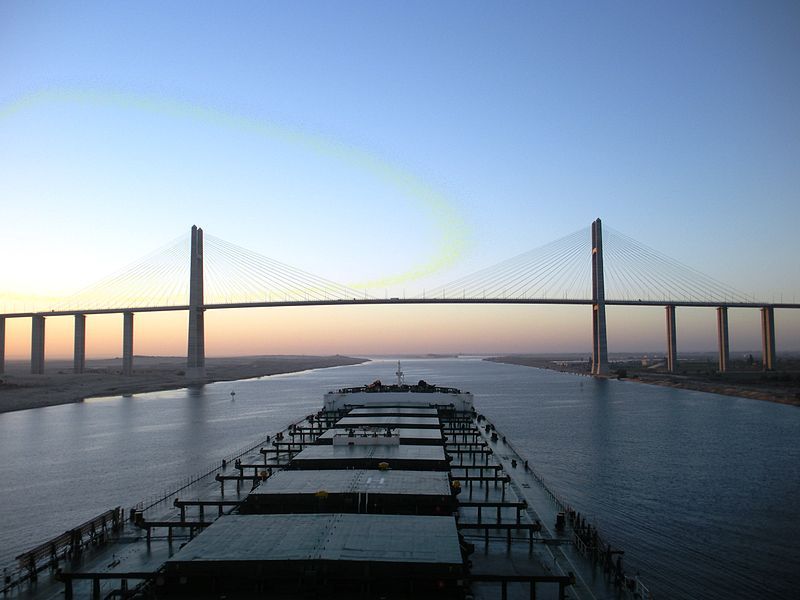 The master plan for the Suez Canal development project will be ready to submit to the Cabinet within nine months, Prime Minister Hazem al-Beblawi declared on Monday.

The investment consortiums that met the tender specifications for the Suez Canal development project were announced in Ismailia on Monday, reported the state-owned news site Egynews.

Out of a total 46 consortia that applied, 33 met the tender specifications. The most favorable 14 were chosen by the government.

Beblawi said that these firms were chosen according to unified and objective evaluation criteria that take national security into consideration. The master plan would next be put up for national dialogue and expert feedback.

The mega infrastructure and development plan, billed as a national interest project for the benefit of future generations, would entail the development of five seaports, a technology valley and a number of logistical services.

Plans to develop the area around the vital waterway were announced by former Prime Minister Hesham Qandil’s Cabinet during deposed President Mohamed Morsi’s administration. Qandil’s Cabinet called the project the Suez Canal Corridor, but the initial proposal was never implemented.

The project was then presented again by Beblawi’s interim government and will be marketed as a destination for vast amounts of local and foreign investments, as well as large-scale infrastructure development and job creation.

It falls in line with broader plans to develop the area around the Canal and the Sinai peninsula, Beblawi said.

In November, revenue from the Suez Canal rose 8.5 percent from last year to reach US$442.4 million, Reuters reported. October revenues were $466 million, while revenues in November 2012 were $407.7 million.

Egypt’s economy benefits from about $5 billion a year in tolls for using the Suez Canal, a vital source of foreign currency along with tourism and remittances.

The Suez Canal Authority was chosen to serve as an umbrella for the megaproject due to its industrial, economic and human resource capacity, Beblawi added.

Topics
Related
economy
Beblawi on security, the economy and past presidents
Egypt will only achieve economic progress after political stability and security is established across