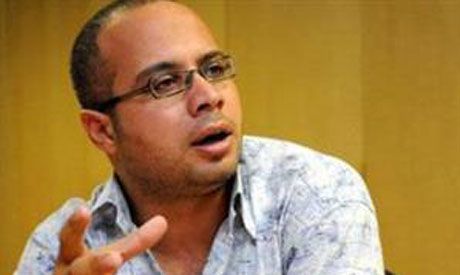 In one of the conversations, Naggar spoke to Qaradawi about seeing his file at State Security headquarters after protesters stormed the premises.

In May 2011, protesters broke into the state security headquarters in Nasr City. Following hours of protests in front of the building, the Armed Forces opened the main gate and allowed more protesters in.

Two months earlier, the apparatus was dissolved, only to be replaced by a similar body, dubbed “National Security.”

Naggar issued a statement last week in response to the leaks, condemning them as a “character assassination campaign,” and targeted “political revenge” for being one of thousands present when State Security was stormed. He added that he was never involved in attacking, breaking into, or vandalizing any public institution, due to his belief in “peaceful change.”

Last month, Maher and Adel were found guilty of crimes under the recently passed Protest Law and sentenced to three years in prison and a fine of LE50,000.

Topics
Related
activist arrests
Activists Maher, Adel and Douma sentenced to three years
Three high profile activists have been given a three-year prison sentence and a fine of LE50,000 in a
Gamal Mubarak
Of moral panics and state security
Sarah Carr | It was the usual story: A group of men “discovered” by the police engaging in “acts of perversion,”