A busy year for culture in Egypt, despite everything

A is for two important cultural figures who passed away this year, the poet Ahmed Fouad Negm and Arab Digital Expression Foundation co-founder Ali Shaath.

B is for boundary-pushing films including Nadine Khan’s “Harag W’ Marag,” Ahmad Abdalla’s “Rags and Tatters,” and Hala Lotfi’s “Coming Forth by Day,” each very different but all formally experimental and challenging to viewers.

C is for CUIP (Cairo Urban Initiatives Program), which produces and constantly updates a map of cultural events in Cairo.

D is for Decca, an open community space in Moqattam where kids come to jam, rap, watch experimental films together, and hold arts workshops.

E is for London’s Edgware Road Project, which this year saw the involvement of three Egyptian artists, Wael Shawky, Malak Helmy and Hady Aboukamar. It has a new publishing arm focusing on ebooks with content produced by artists.

F is for Facebook pages that have had a particular impact: Bye Bye Ya Wiskha reflected the kind of things that people found interesting during the year, with a strong political aspect but at the same time very social and cultural; Contemporary Art combined images of stuff you see in art spaces and museums with visual online culture such as memes, cartoons and funny photomontages, to create a link between “high” academic art and everyday “pop” cultural production.

G is for graffiti artists working indoors, a phenomenon that produced some interesting shows this year, including Harriya at the Viennoise Hotel in December, with Ammar Abo Bakr, Hany Rashed, Ahmed Hefnawy and Ganzeer. Ganzeer also filled a room with murals in the pop-up exhibition Cairo-Berlin in November, while Brain Damage at Darb 1718 included many street artists experimenting with new types of painting. 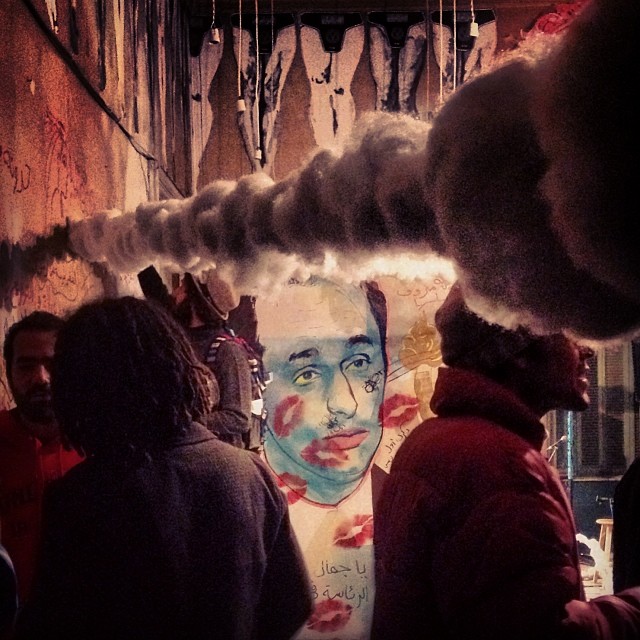 H is for the Hal Badeel (Alternative Solution) festival, which in April packed audiences into the Rawabet space in downtown Cairo for free music, dance and theater performances. It was initiated by Saber ElSayed and Mido Sadek, and everyone involved volunteered their time, equipment and other resources. It was the first edition of a festival that aims to convert spaces into performing arts venues.

J is for the military jets that drew pink hearts in vapor in downtown Cairo’s sky for those protesting against former President Mohamed Morsi, and for the green laser beams aimed at helicopters to produce an amazing visual display on June 30. But it was artists Dia Hamed and Lot Amoros who showed true innovation in dealing with Cairo’s airspace: In the second edition of the Downtown Contemporary Arts Festival in April, they flew a drone that re-created images from the street fights for pedestrians passing by, under the title “Augmented Airspace.”

K is for Anja Kirchner’s talk at Beirut on horror cinema in March, which revealed the early stages of an ongoing research project. The artist showed a selection of clips from horror movies made in post-war Japan, cold war Eastern Europe, infitah-era Egypt, post-junta Greece and sub-prime mortgage-crisis USA. The films crossed genre into melodrama, pornography and political thriller: Kirschner explained that ‘horror’ seeps through the rational limits of political analysis and connects to the trauma of the recent past and the guilt of knowing the price at which any present illusion of stability has been bought.

L is for live music. This was an exciting year for the live music scene in Egypt, a promise of a lot more to come. Stand-out performances included a joint concert by Sam Shalabi, Maurice Louca and Alan Bishop at 100Copies in May; Fulltone on the first night curfew came to an end in November, when the audience danced freely through the night for the first time in three months; PanSTARRS locked guests in Vent for an intimate yet rocking show until clashes outside eventually subsided, also in November; Wetrobots <3 Bosaina tour of Eastern Europe with their KIK Collective, putting Egypt on the map of the international electronic music scene; and Madfageya’s performance at 100Copies’ “ReTune Volume 1” release event in October proved that mahragan music is more than a passing trend.

M is for Medrar TV, a non-profit channel that documents contemporary arts in Egypt and the Arab world, including visual arts, music and performance, as well as workshops, talks and informal discussions, with a focus on upcoming artists. This year has been a prolific one.

N is for Nile Sunset Annex, which opened on January 19 this year and has since produced seven exhibitions and seven publications, including solo shows by Faten El Disouky, Mahmoud Khaled, Take to the Sea, Malak Helmy and Walid Elsawi, and in the autumn a functioning Art Bar with walls covered by printed ephemera from exhibitions in Egypt over the past 20 years.

O is for old museums in Alexandria, reopened. The Fine Arts Museum, founded in 1954, just reopened its doors, while in December it was announced that Italian funding will support the re-opening of the Greco Roman Museum, closed in 2005. The museum will be refurbished and re-opened within the next 18 months. According to the Art Newspaper, it has the largest collection of Greco-Roman art in the world. 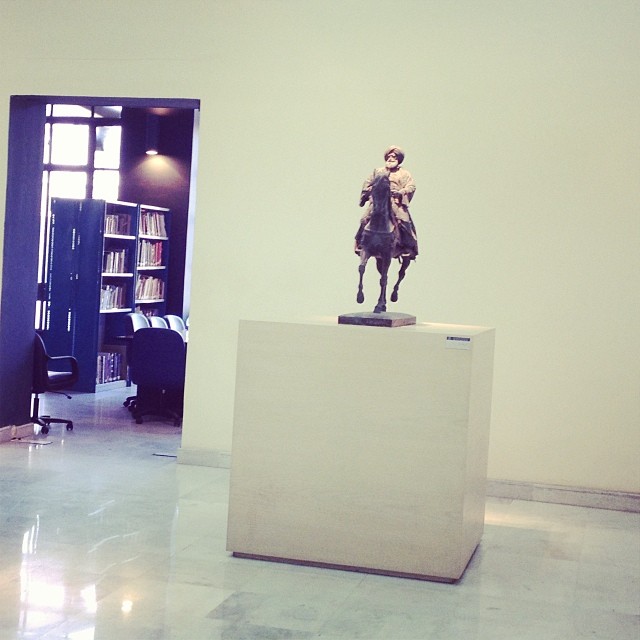 (A miniature version of the Mohamed Ali Pasha statue at Mansheya Square, Alexandria, in the Alexandria Museum of Fine Arts. Photo by Mahmoud Khaled)

P This year was a good one for art, performance, and/or educational projects in public space. Mahatat has done a lot of work in the north-coast city of Damietta this year and published a book in November documenting these projects, “Face to Face. Social Media are Older than the Internet.” Mashrou3 Al Mareekh has continued to hold open-mic sessions, while the second edition of D-CAF — the third is planned for March-April 2014 — proved that that festival is going strong.

R The Rabea four-fingered salute, both as a gesture and as a black-and-yellow symbol, was a prominent part of visual culture this year, though it has now been effectively banned. It symbolizes the deaths of hundreds of demonstrators during the violent dispersal of a Muslim Brotherhood-organized sit-in at Rabea al-Adaweya on August 14. Egyptian Kung Fu champion Mohamed Youssef wore the symbol at a tournament in Russia and Al-Ahly player Ahmed Abdel Zaher made the salute after scoring the winning goal in the African Championship campaign; both were widely condemned for their actions. 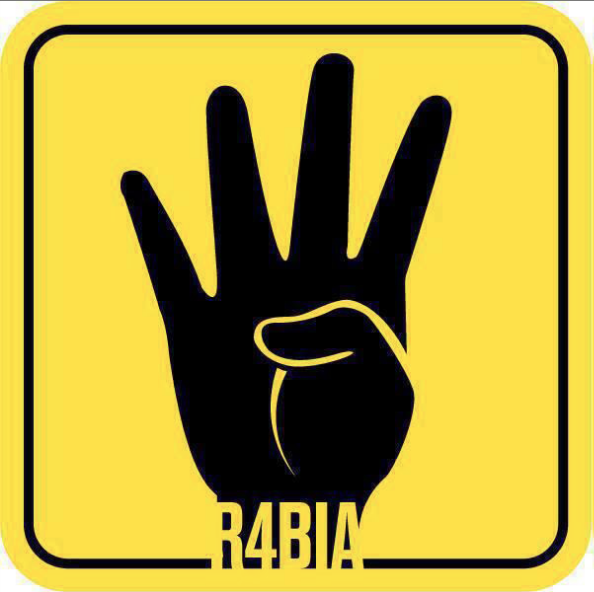 S is for sound artists, particularly the compilation “Egyptian Females Experimental Music Session” released by 100Copies and featuring seven female musicians and sound artists who had each been mentored by multimedia artist and musician Ahmed Basiouny, who was killed in protests on January 28, 2011; and sound artist Magdi Mostafa, who has had a prolific year, being part of the 11th Sharjah Biennial in March. He currently has a show on at Mathaf in Qatar.

T is for TV culture and Tess3inaty (“My Nineties: A Panorama of Collective Memory Televised”), a project managed by artist and Medrar founder Mohamed Allam, taking the form of an archive, a Facebook page, a book by Hassan al-Halougy, a documentary by Emad Maher, a short exhibition hosted by Townhouse in April, and an exuberant live audiovisual performance by Allam with musician Rami Abadir.

U is for Uriel Orlow and Hala Elkoussy​, who curated a stand-out exhibition at Cairo’s Contemporary Image Collective called “REFERENCES* Artists Activating the Archive” that featured works by Amado Alfadni, Mariam Elias and Marwa El Shazly, Aliaa Salah, and Nada Shalaby, which continues running until January 12.

V is for new downtown Cairo bar, restaurant and arts venue Vent, an ambitious project that has had some teething problems but launched with an impressive music line-up that included the Invisible Hands, PanSTARRS, and Mahmoud Refaat.

W is for exhibition or program titles beginning with “What,” including “What does a drawing want?” and “What is an institution?” at Beirut, and “What are you doing, drawing?” at Nile Sunset Annex.

Y is for the yellow parakeet that flew out of the decorative cage at the Townhouse 15th birthday party. The art space also celebrated with three exhibitions: one by Huda Lutfi, one by Lara Baladi, and a more experimental project “Social Security” curated by Mada Masr’s Ania Szremski and Shehab Awad, which involved discussions and presentations by young artists in a special environment involving potted plants and sofas.

Z is for commercial Zamalek art galleries: Fatenn Mostafa’s Art Talks puts on contemporary art exhibitions while organizing talks about and acting as a dealer for modern Egyptian art, while Aleya Hamza’s Gypsum, which opened in October, represents an impressive roster of Egyptian and international artists. Hamza has an innovative and affordable program of limited editions, will be traveling to art fairs abroad starting in 2014, and has plans to open a publishing arm. 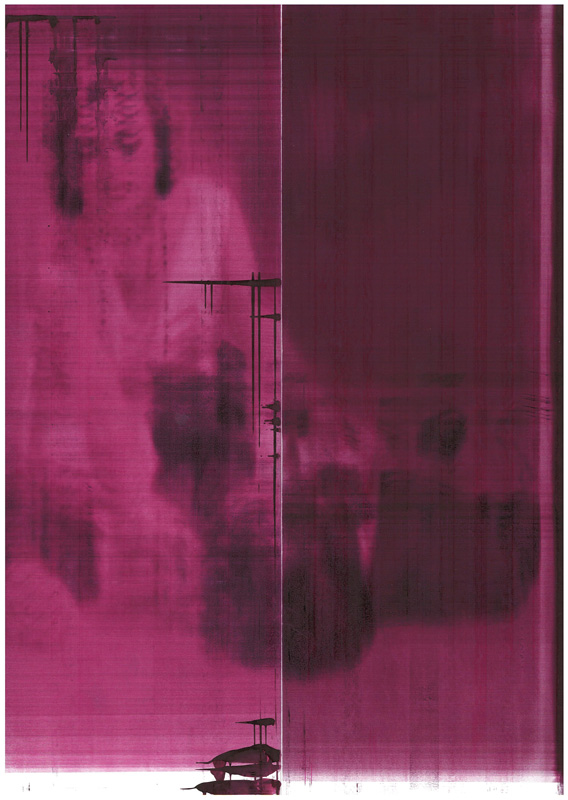 *Thanks to Malak Helmy, Mia Jankowicz, Taha Belal and Mohammed Abdallah for contributing to this list.

Topics
Related
Ahmad Abdalla
Breakfast with Mada: Discussing ‘Rags and Tatters’
"Maybe it’s about the revolution, but it’s definitely not about Tahrir or January 25, or the way
Breakfast with Mada
Breakfast with Mada: Ali Abdel Mohsen on cardboard
It feels like Cairo’s made of cardboard — the colors, how temporary everything is.
Alexandria Contemporary Arts Forum (ACAF)
Do it yourself
Jenifer Evans | "I have a problem with the idea that contemporary art is a Western product and when it comes to Egypt