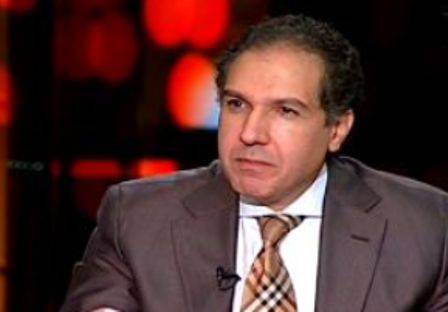 Presidential adviser Mostafa Hegazy said that the government’s decision to classify the Muslim Brotherhood as a terrorist organization is simply “an affirmation of reality,” and that it is neither “a novel nor political definition.”

In an interview published Sunday by London-based pan-Arab daily newspaper Asharq Al-Awsat, Hegazy said that the government made the decision according to an existing law, Article 86 of the Penal Code, which defines the group’s activities as terrorist acts.

Hegazy suggested that the recent escalation of violence in Daqahlia and Cairo, as well as several other incidents, indicate that the group itself has chosen this path.

He said that there have been calls for excusing the Brotherhood, as well as others calling on the government to fight them under the law, maintaining that the state guarantees freedom of expression, albeit in a peaceful manner.

A Sinai-based militant group, Ansar Beit al-Maqdes, claimed responsibility for last week’s deadly car bombing at the Daqahlia security headquarters in Mansoura, where 16 people were killed and more than 140 injured.

Hegazy, however, maintained there was a direct link between this attack and the Brotherhood, saying, “This is an organization that has announced it will commit such acts unless it gets what it wants. Its goal is to kidnap Egypt once again.”

The presidential adviser added that those who wish to rejoin the national ranks must not only renounce violence, but also the Brotherhood and its ideologies.

He maintained Egypt would no longer accept this kind of organization, even under another name, because of a lack of tolerance towards such groups with “evil inside them,” not as a result of them being labeled “terrorists.”

“Even if Omar al-Telmesani [the Brotherhood’s third Supreme Guide], who was the group’s most understanding leader, was resurrected, and was to lead a new version of the group, it would be nonnegotiable in this society,” Hegazy said. “They must live now as Egyptians, without their organization.”

“The only organization in Egypt now is the state,” he said.

Hegazy ruled out the return of the state of emergency, saying Egypt is past that stage.

“We now know that we can beat terrorism within an unexceptional legal frame,” he said. “We don’t need a state of emergency. We will not allow anyone to challenge the law.”