Legal loopholes in Cabinet decision on MB
By
Mada Masr 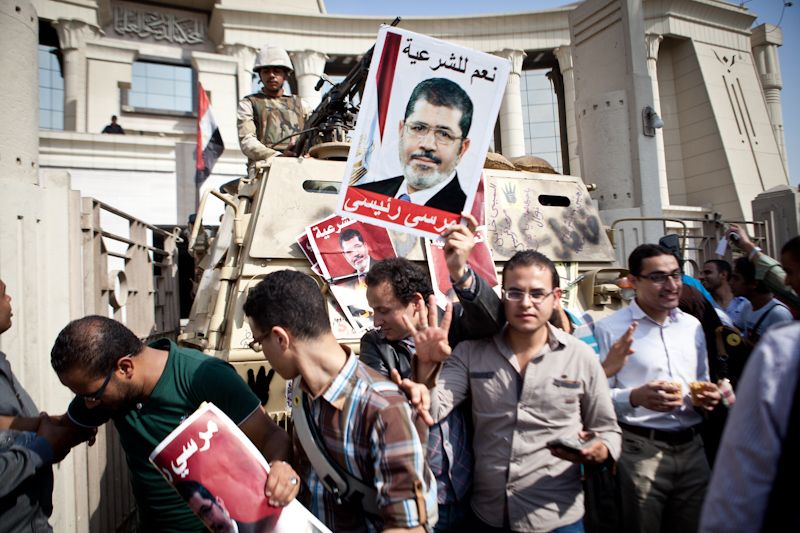 The Cabinet’s decision to list the banned Muslim Brotherhood group as a terrorist organization is stirring debate among legal experts, who view it as an administrative decision that could easily be appealed.

The ruling followed a bomb attack on the Daqahlia Security Directorate in the northern city of Mansoura, which left 16 dead and more than 130 injured, according to the Health Ministry.

The Cabinet officially accused the Brotherhood of carrying out the Mansoura attack, listing historical assassination attempts that the Islamist organization was involved in to support these claims. On Wednesday, Sinai-based jihadi group Ansar Beit al-Maqdes claimed responsibility for the bombing.

The Brotherhood is now listed as a terrorist organization in accordance with the provisions of Article 86 of the Penal Code, which enables the punishment of its members or affiliates — those participating in activities, propagating materials supporting the group, either in writing or verbally, or financing its activities.

Lawyer and executive director of the Arab Network for Human Rights Information Gamal Eid told Mada Masr that Article 86 was amended as part of the Penal Code in the 1990s to legally punish members of Islamist political groups, particularly Jama’a al-Islamiya. He added that hundreds have been tried and convicted according to this article.

Article 86 defines terrorism as, “Any use of force, violence or intimidation by the perpetrator so that they commit a criminal act, individually or collectively, with the aim of disturbing the peace or endangering the safety of society.” It includes “intent to harm, terrify, or endanger lives or freedoms; harming the environment, disrupting communications, transportation, public or private funds, or damaging properties, occupying or stealing from them,” as well as “preventing public authorities, religious institutions or educational establishments from doing their jobs, or contravening the constitution or any additional laws.”

According to the same article, those who commit terrorist acts include anyone who “establishes, organizes or directs an illegal body, association, organization, group or gang with the aim of disobeying the provisions of the constitution or laws; hindering any state institution or public authority from doing their work, and any assault on the personal freedoms of citizens, any other freedoms and public rights legally stipulated,” as well as “whoever damages national unity or social peace.” The perpetrator and “whoever leads or commands these bodies or provides them with financial aids or funds, with the knowledge of their purposes, shall be punished by imprisonment.”

Interior Ministry spokesperson Hany Abdel Latif told state television Thursday morning that according to the same article, anyone who participates in Brotherhood-organized protests will face charges punishable by up to five years in prison, and that protest leaders could face the death penalty.

Abdel Latif added that this statement — categorizing the Brotherhood as a terrorist organization — would dramatically change the way in which the Interior Ministry deals with the Brotherhood.

“Before, the ministry dealt with Brotherhood protests according to the newly passed protest law. Now, following the release of this statement, the way we deal with protests will change, according to Article 86,” he said.

However, Eid explained that the statement could easily be appealed in front of the State Council, because it is an administrative decision that does not depend on a court ruling. “The article can only be implemented by the courts not the government,” he added.

Professor of constitutional law at Cairo University Raafat Fouda agreed with Eid, adding that the statement is obviously “a political bomb to appease the Egyptian people.”

According to Fouda, only the president is allowed to issue such a decision, not the Cabinet, because the constitutional declaration passed in July grants legislative powers to the president until a new parliament is in place.

“The State Council will definitely cancel this statement, because it has been issued by an entity that is not authorized to release it, which will embarrass the government,” he explained.

Article 14 of the same constitutional declaration also stipulates that “no punishment shall be implemented except with a law and a court verdict.”

A previous court verdict suspended the activities of the Brotherhood and froze its funds, but Fouda said this should not be considered a pretext or a legal justification for the Cabinet to list it as a terrorist organization.

“The court verdict did not even disband the group, and even if it did, it would mean that it does not exist; this has nothing to do with declaring it a terrorist organization.”

Both Eid and Fouda are critical of the government directly accusing the Brotherhood of carrying out the Mansoura bombing without prior investigations or official court convictions.

“The state of law only knows the supremacy of law, but emotional, improvised and situation-based administrative decrees are invaluable in front of the state of law,” Fouda added.

The National Council for Human Rights (NCHR) called on the government on Thursday to consider Egyptian and international law when it labels the deposed Muslim Brotherhood group a terrorist organization, state-owned EgyNews reported.

NCHR added that human rights measures should be taken into consideration, acknowledging the state’s right to take necessary measures to fight terrorism, without endangering personal freedoms.

Meanwhile, head of the Civil Law Department at Beni Suef University Hossam Lotfy told Mada Masr that the decision to ban the Muslim Brotherhood group dates back to late Egyptian Prime Minster Mahmoud Fahmy al-Noukrashy, who was assassinated by the Brotherhood following this decision. He added that all subsequent decisions to ban the Brotherhood, especially that of the 1952 Revolution Council in 1954, were based on this decision.

Lotfi said that Article 86 of the Penal Code refers not only to the Muslim Brotherhood as a terrorist organization, but also any organization whose activities are proven to be considered “terrorist.”

“This is why many leaders of the deposed group denied their membership in the organization during interrogation, because its membership is banned,” he explained.

He added that there is a legal loophole affiliates may use to avoid prosecution: “The article stipulates that whoever continues to be part of the organization shall be punished. Many members may claim that they used to be members of the organization but ended their membership.”