In photos: Highlights of the 24th Youth Salon

The organizing committee of the 24th Youth Salon has picked “Crossing into the future” as the theme for this year’s edition. The annual state-sponsored competition, meant to promote emerging local artists, opened on December 15 at Cairo’s Palace of Arts with 177 artworks. But few of the 155 artists exhibiting this year reflect in direct ways on Egypt’s ongoing political and economic ‘transition’. 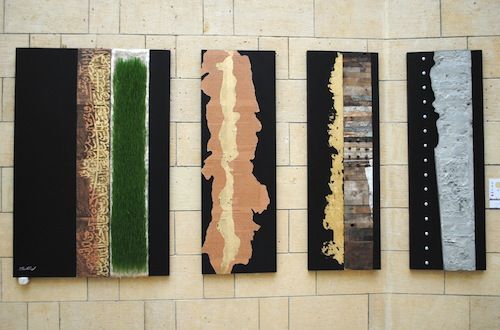 Mahmoud Marey is among those few. He seeks to highlight scientific research, particularly in the field of agriculture, as the way into the future. And for this he created a rather literal mixed media collage of synthetic turf grass, gold-leaf calligraphy, and printouts of scientific methodologies hanging side by side. 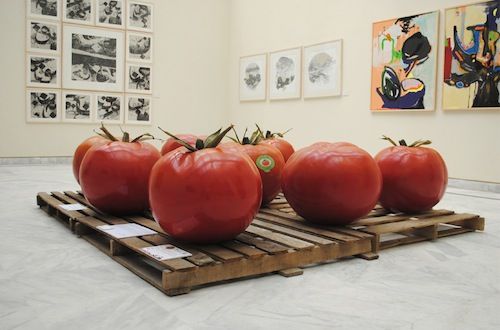 Yasmine Elmeleegy, on the other hand, opted for a smarter and more intriguing approach for her sculptural installation. Her giant tomatoes carved out of foam are among the delights of the 2013 exhibition. In a critique of the use of chemicals and genetic engineering in the development of food staples, Elmeleegy exhibits nine tomatoes which include the minutest details, including color variations of the skin. 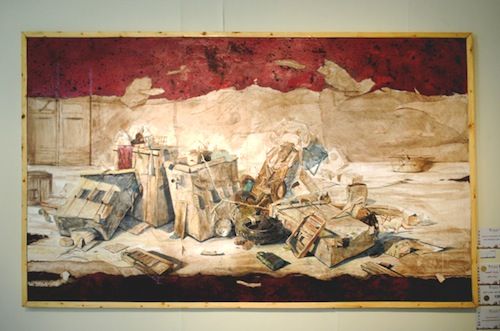 The Egyptian flag is a recurring motif in the work of some artists. One painting by Omar Abdel Aziz Senada stands out among such artworks. From a distance, it seems like the flag with its red, white and black stripes. But in the middle, where the eagle would have been, Senada paints a familiar scene from Cairo’s streets, with thrown-out wooden and cardboard boxes piling up amid the litter. 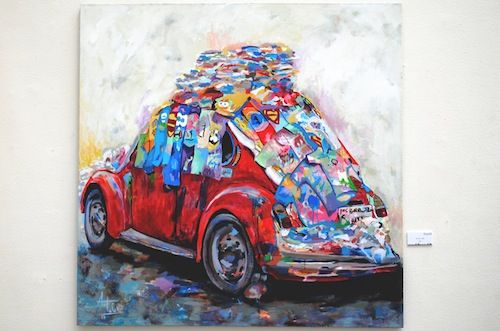 Painter Ahmed Talal’s work is also inspired by street culture. His painting is as lively as a still from an animation with its bright color palette and attention to detail. One can almost see people gathering around the car to pick from the collection of T-shirts bearing Superman’s signature ‘S’ and variations of the Sponge Bob character. 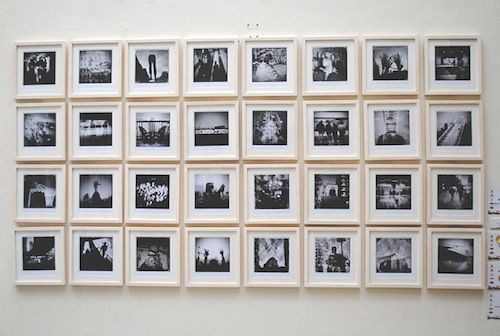 The “Cellphone Diaries” are yet another response to street culture. Photographer Mohamed Ezz creates fantastic combinations of pictures he shot using his cellphone while wandering downtown Cairo’s streets. All printed in black and white, the photographs show the legs of a male model hovering over a street in mid air, shadows of cones from a street vendor’s cart stemming into the sky like dried palm trees, and a boat on the Nile river photographed from above with a shadow of buildings reflected underneath. The perspective Ezz presents of the city center is simultaneously exciting and unsettling. 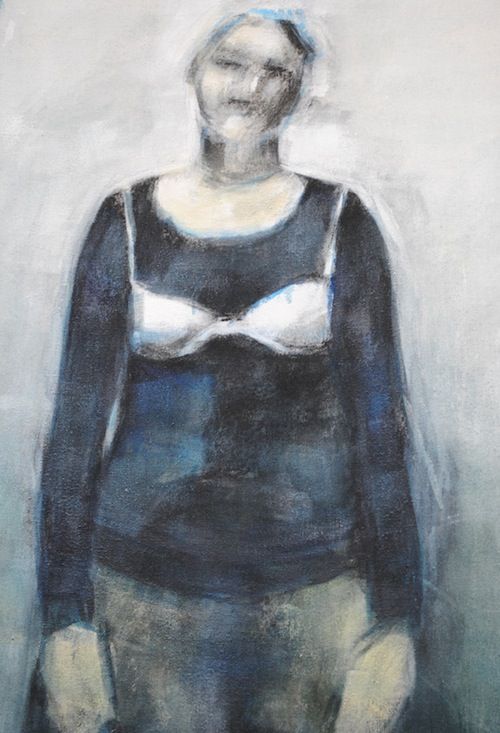 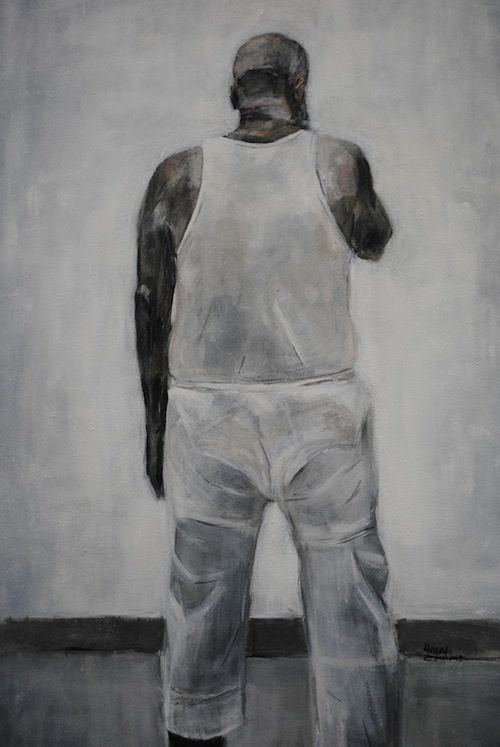 It is difficult to tell if the two paintings Aya El Fallah is showing at the Youth Salon are based on snapshots from the street, as she has decontextualized her characters and backgrounds, and uses minimal colors in the work. The portraits do, however, evoke a sense of eeriness. As with much of Fallah’s work, she has erased the features of her characters. And both stand barefoot, wearing their undergarments on top of their clothes. 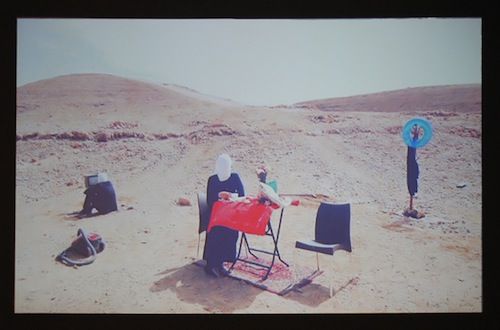 Mina Nasr presents two expressive self-portraits, reflecting his rage. But perhaps the smartest and most unconventional experiment with self-portraiture is “Home” by artists Mohamed Taymour and Nouran Sherif. Their satirical video offers snapshots from the lives of a married artistic couple. Their ‘home’ is set in the desert with a TV set, a vacuum cleaner, and a dining table, yet no walls, and creates a dialogue reflecting the intimate hopes and differences that arise in marriage.

AD
You Might Have Missed
What we talk about when we talk about trees
Mugamma revisited: Reimagining the building and the square
Where do old lesbians go to die?
Carbon Colonies & A Green New Deal
AD
Mai Elwakil
34 articles on Mada