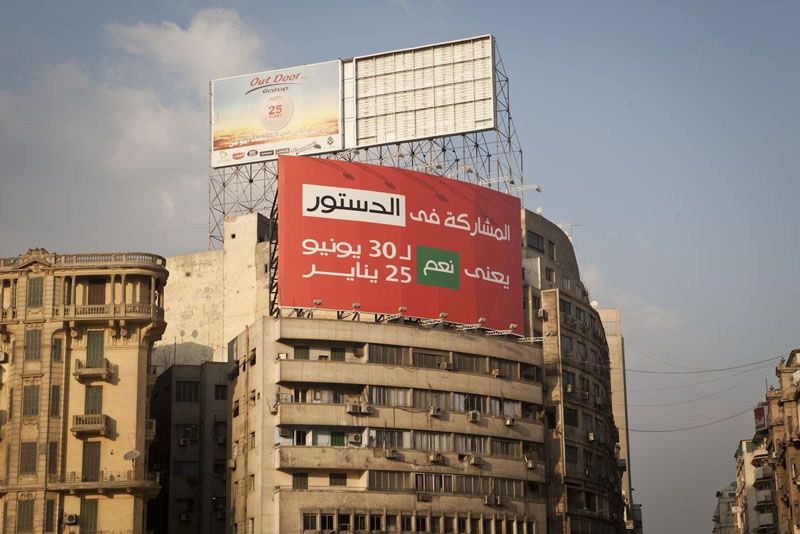 The leading Islamic institution said it rejects calls to ban participation in the referendum on religious grounds, describing them as “odd jurisdictions that violate Islamic Sharia.”

The statement added that Egyptians are obliged to end the current period of “worry, instability, and confusion [and work towards] reform, stability and security,” deeming participation in the referendum as a “national duty and part of the purpose of Sharia.”

A verdict by a pro-Brotherhood Sharia scholar was published on the Brotherhood’s official website, warning judges against monitoring the referendum.

“Participating in any procedure that empowers [the current rulers], gives them legitimacy, and lengthens their rule, is to cooperate in sin and oppression,” Wasfy Abou Zeid said in his fatwa.

Conversely, former Mufti Ali Gomaa led a campaign last week in support of the constitution, giving a controversial speech, during which he described those participating in the referendum as “supported by God.”

At a public gathering in Cairo to launch the “Egypt is my country” campaign, Gomaa urged Egyptians to “mobilize in support of a constitution that will amaze the world and frighten the hearts of the terrorists,” referring to supporters of the Muslim Brotherhood group.

“Go out yourselves, with your wives and your children, to the ballot boxes. Every owner of a factory, every owner of a farm should mobilize their workers. Everyone who goes with their families, know you are supported by God because you are against corruption, atheism, hypocrisy, division and immorality,” he said.

Gomaa was appointed by then-President Hosni Mubarak. He left office last year at the end of his term.

Gomaa said that there are four aims for the campaign. The first is to mobilize a large turnout in the upcoming referendum, and the second is to encourage a “yes” vote on the draft constitution, “to show those who have a blind hatred who Egyptians are,” he added.

The third goal is to encourage Egyptians to support one person in the presidential race, “someone who can lead the country and the people to the shores of safety,” he said, amidst chants from those in attendance in support of Military Commander Abdel Fattah al-Sisi.

Finally, he added, “Our fourth goal is to elect a parliament that represents the people not itself.

“This is the good four, the four to counter this miserable other four,” he said, referring to the Rabea sign of four fingers raised by Muslim Brotherhood followers to commemorate the deaths of hundreds of their supporters in the bloody sit-in dispersals of August 14.

“Repeat it three times after me: Allahu Akbar [God is the greatest]. Long live Egypt,” he concluded.