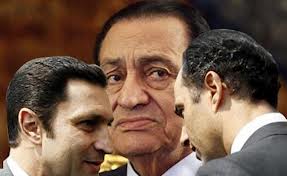 Switzerland decided on Wednesday to extend its freeze on 760 million Swiss Francs of assets belonging to former regime members of Egypt and Tunisia, the Swiss Federal Council said in a statement.

The three-year freeze, in place since the 2011 uprisings, was due to expire in February 2014, and was up for review by the Swiss government. On Wednesday, the seven-member Federal Council, which includes the Swiss President and six ministers, extended the asset freeze for three more years.

Of the total 760 million Swiss Francs, 700 million are affiliated with ousted Egyptian President Hosni Mubarak, his family and former regime officials, consisting of 31 people all together. The remaining amount is linked to Tunisia’s former President Zine el-Abidine Ben Ali.

In a statement released Wednesday, the Federal Council said, “The aim of this extension is to provide more time for criminal investigations into the origin of these assets in Tunisia and Egypt.”

The extension of the freeze is an indication that the Swiss government is “taking account of the political transition in the two countries.”

Over the past three years, Swiss authorities and their counterparts in Egypt and Tunisia have made “significant progress” in determining the origin of the assets, which is a prerequisite for the recovery of the funds, the statement added.

On Monday, Switzerland’s Attorney General Michael Lauber visited Cairo to meet with Egypt’s Prosecutor General Hesham Barakat, in a bid to foster deeper relations between the two judicial authorities regarding the exchange of legal information.

Lauber affirmed the readiness of Swiss authorities to assist Egypt in recovering the funds, obtained illicitly and transferred outside of Egypt by the former President, his family, and a number of ministers and close business associates, many of whom have faced charges of corruption since the January 2011 uprising.

While progress has been made, the federal council asserts that investigations in Egypt and Tunisia haven’t made sufficient progress for the freezing of assets to have achieved its goal of asset recovery in the home countries.