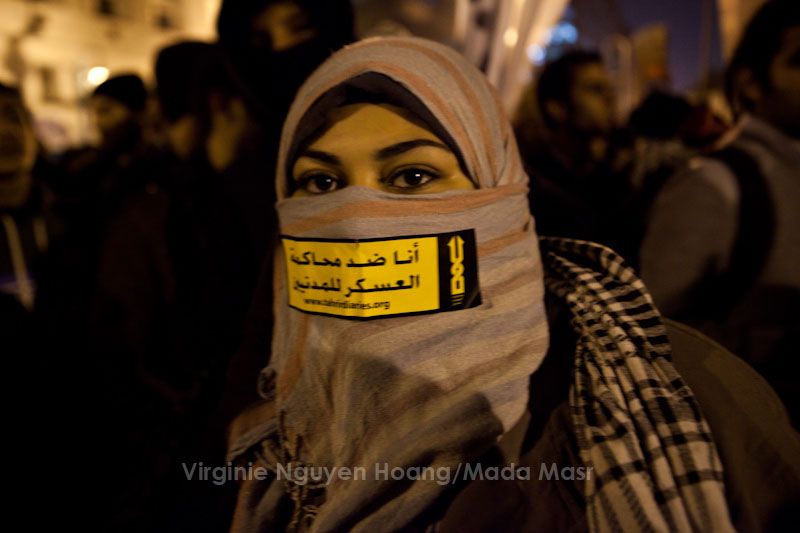 Protest marking the anniversary of the Cabinet clashes

The minister of transitional justice, Mohamed Amin al-Mahdi, has ordered a fact-finding mission to investigate all incidents of violence that have occurred since June 30, the privately owned Al-Masry Al-Youm newspaper reported Tuesday.

Despite press reports announcing the directive, it was unclear what the mandate of the fact-finding mission would be and what “incidents” it intends to investigate.

Egypt witnessed unprecedented levels of violence after the ouster of President Mohamed Morsi. He was removed after an ultimatum from Egypt’s Armed Forces and mass protests on June 30 that demanded his resignation.

In the military-style assault on the sit-ins by security forces, hundreds of people were killed. The dispersals and the deaths which occurred were condemned by international human rights organizations.

Muslim Brotherhood supporters, while the main victims of the August 14 dispersals, have also been accused of committing violent acts across the country. There have been clashes with police as well as with the residents of neighborhoods where demonstrations demanding Morsi’s reinstatement have been held.

“Islamist forces, particularly the Muslim Brotherhood, did not respect the rules of democracy [in order] for us to engage in a fruitful discussion that would lead to a genuine reconciliation,” Mahdi said, as quoted by Al-Masry Al-Youm. Mahdi, in addition to being a minister, holds the national reconciliation portfolio.

“The Muslim Brotherhood is responsible for inciting violence and this is a crime that goes against the rules of democracy and the notion of reconciliation. Even if they didn’t use arms, they incited violence,” he said.

Some observers have questioned what the mandate of the Ministry of Transitional Justice is, suggesting that it is a ministry without clear responsibilities.

Adel Muawad, an advisor to the ministry, said Tuesday that the idea of transitional justice is still unfolding. He was speaking in Alexandria, at a conference titled “Egypt and the Road to Transitional Justice.”

Muawad said that legal measures have yet to be created to handle all the killings that occurred over the past three years, according to ONA, the press agency of OnTV.

He also said that the ministry worked hard to ensure that a provision for transitional justice was added to the draft of the new constitution.

The draft constitution commits Parliament to pass a law for transitional justice “that guarantees revealing the truth, accountability, suggesting frameworks of national reconciliation and compensating victims.”

At the same conference, Nasser Amin, a member of the National Human Rights Council, said that transitional justice needs a full-time commissioner to help the ministry implement its work.

Amin also said that the function of transitional justice is to make sure that people are reconciled with their “regime” and should not be reduced to reconciliation between political forces.

Amin added that inclusion of transitional justice faced challenges in Egypt following the January 2011 revolution, despite repeated calls for it to be addressed by the then-ruling Supreme Council of the Armed Forces.

Creation of a Ministry for Transitional Justice is a sign of the regime’s interest in addressing the issue, he added.