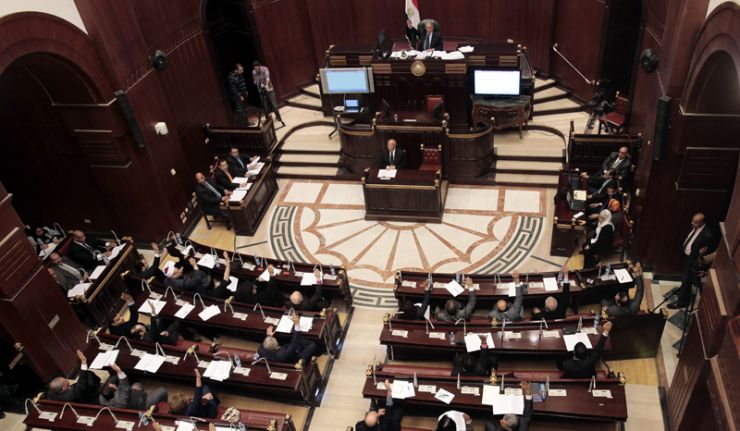 Interim President Adly Mansour will announce the dates for the referendum on the new draft constitution on Saturday, according to a statement issued from the Egyptian presidency today.

The announcement will be made in the presence of the 50-member constituent assembly that has been drafting the amendments, Prime Minister Hazem al-Beblawi, and other state officials, the statement added.

The law has been amended to better enable voting from foreign countries, scheduled to take place ahead of the actual referendum vote in Egypt.

Eligible voters may now participate in the referendum via polling stations — established by Egypt’s diplomatic missions — through the use of valid national identity cards or passports.

Requests to vote abroad in the referendum must be submitted to Egypt’s diplomatic missions in person or via email.

The new constitution amends many articles in the 2012 Constitution, which was drafted during the rule of former President Mohamed Morsi and his Muslim Brotherhood-dominated government.

The 2012 Constitution was suspended when Morsi was removed from power by the army on July 3, following mass protests against him.

The Brotherhood, Morsi supporters, and other members of the ‘Anti-Coup Alliance’ are calling for a boycott of the referendum, claiming the Egyptian populace endorsed their constitution in December 2012.

The Brotherhood-influenced constitution of 2012 was approved by a voter turnout of around 33 percent of eligible voters – from whom around 64 percent voted in favor of it.

Ruling authorities have been promoting the new draft with billboards erected around the country reading: “A yes vote for the constitution is a vote in support of the January 25 Revolution and the June 30 Revolution.”

The new draft, like the 2012 Constitution, grants the Supreme Council of the Armed Forces a wide range of sweeping powers — including the right to refer civilians to military trials, amongst a host of other privileges and immunities.