Economy in a week: CBE slashes interest rates for third time in 2013
By
Sherif Zaazaa 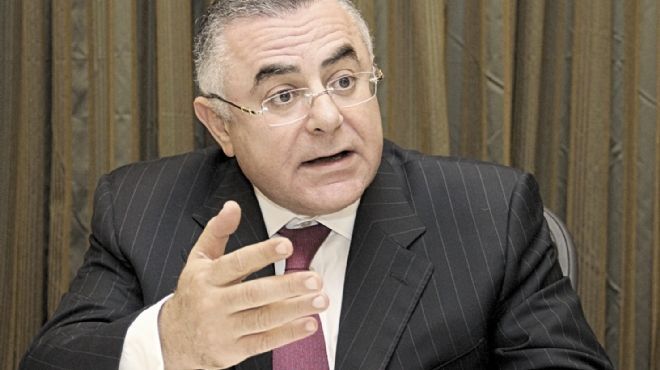 The Central Bank of Egypt’s (CBE) monetary policy committee slashed deposit and lending rates by 50 basis points, to 8.25 percent and 9.25 percent, respectively, in a meeting held earlier in December.

Although cutting interest rates may result in inflation, it could also spur increased economic activity, as depositors prefer to invest their money than accumulate it in banks.

The CBE’s statement read, “The pronounced downside risks to domestic GDP combined with the persistently negative output gap since 2011 will limit upside risks to the inflation outlook going forward.”

Annual inflation in October stood at 10.44 percent, compared to 10.15 percent the month before.

Lowering the lending rates will diminish government debt to local banks, and may result in increased borrowing for investment projects.

The Egyptian General Petroleum Company has had difficulty making payments to foreign oil and gas companies on time since 2011, forcing the latter to export their share of crude oil directly to third parties, rather than sell it to Egypt and risk further debt exposure.

Financial obligations to international oil and gas exploration and development companies are one of the largest consistent burdens on the state-run company. Financial disclosures by firms such as BP, BG, Apache, Edison and TransGlobe Energy show Egypt owed them more than $5.2 billion by the end of 2012.

Finance Minister Ahmed Galal noted that the CBE, alongside the ministries of finance and petroleum, would supply the dollars needed to pay the international oil companies.

Foreign reserves dip for third month in a row

Net international reserves dropped by 4.8 percent in November to stand at $17.7 billion, down from $18.6 billion in October.

Returning Qatar’s deposits has been cited as a reason for the drop, according to CBE’s Governor Hesham Ramez on the sidelines of the Egyptian-Gulf Investment Forum. The fallout with the government of Qatar lead Egypt to return a $500 million Qatari deposit on November 1, and return another $500 million on December 2.

Qatar had deposited the funds with the CBE in late 2012.

Ramez added that a chunk of November’s reserves fell off due to the state’s imports of staples including, wheat and fuel. December is expected to bring a similar decline due to payouts to international oil companies.

Egyptian economy may be turning around, analysts say

The Egyptian economy “may be finding its feet” according to a recent report by Capital Economics. The economy’s Purchasing Managers Index, which covers the non-oil private sector, rose to 52.5 in November from 49.5 in October.

Output and new orders components picked up last month, while the price components suggest that inflationary pressures have started to ease.

Capital Economics added that political tensions seemed to have calmed in recent months, while the influx of Gulf aid has relieved stressors on the country’s balance of payments. The government’s launch of a Gulf-funded stimulus package may also be starting to filter into the wider economy.

Investment Minister Osama Saleh noted at the investment forum that the Egyptian state has recently resolved several issues faced by Arab investors through dispute settlement, reconciliation and measures designated to facilitate and improve the investment climate.

He asserted that the current government “has the determination, seriousness, capacity and political will to exert all possible legal and procedural efforts to solve all the problems of investors and support business environment.”

·         Egypt’s budget deficit amounted to LE75.4 billion in the first four months of the fiscal year 2013/2014, standing at 3.6 percent of Gross Domestic Product, compared to LE69.6 billion for the same period the previous year.

·         Transparency International ranked Egypt’s level of corruption at 114 out of 177 countries.