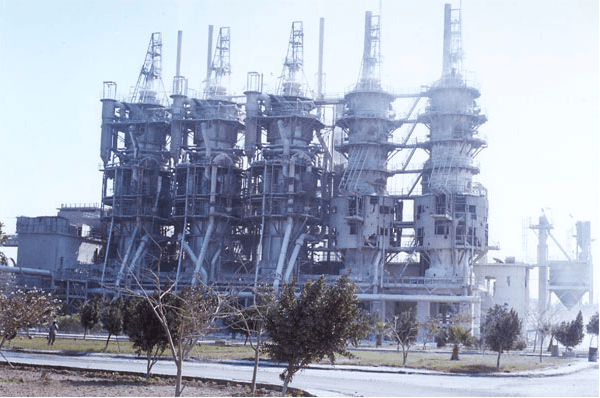 Over the past week the gargantuan Helwan Iron and Steel Company, Egypt’s largest steel mill complex, has witnessed its biggest industrial action since the historic protests at the company in 1989.

Demonstrations started at the company on Tuesday, November 26, and over the last week have grown to an estimated total of 5,000 striking workers — out of a total workforce of some 12,600 laborers. Workers at this public-sector company have mentioned their willingness to escalate industrial action if their demands are not met.

The workers’ demands include: The operation of the company at its former capacity, the sacking of officials allegedly responsible for the company’s financial losses, the reinstatement of sacked/relocated workers, and the payment of overdue profit-shares.

However, administrators emphasize there are no profits to be shared, as the company has not been generating profits, but rather incurring losses — amounting to hundreds of millions of pounds — over the past few years.

“Although we are currently witnessing a partial strike, all the workers here have the exact same demands,” striking worker Mohamed Omar said.

Omar pointed out that three of the company’s four blast furnaces are presently out-of-order, or out of coke-fuel. “The company has come to a near-standstill — not because of our strike, but because of years of neglect and mismanagement from the administration.”

Another striking worker, Bassem Fawzy, commented that workers have closed 11 out of the 12 gates at the company. “We will escalate our actions to a complete strike and shut-down if our demands continue to be ignored.”

Workers point out that they are owed a total of 16 months of these ‘profit-shares.’

“We have discussed moving our protest outside the company; taking it to the Holding Company for Steel Industries, or the General Union of Metallurgic Workers. Yet the new ‘protest law’ stipulates that we need authorization to stage such protests. This authorization has not yet been granted,” Omar said.

He added, “we don’t want to be jailed or labeled as outlaws, trouble-makers, or supporters of the Muslim Brotherhood. This is why our protests have been confined within the company’s walls.”

“We plan on raising our voices and escalating our actions — both inside and outside the company — if these legitimate demands of ours are not met,” Omar concluded, adding, “This is the largest and longest-lasting protest-action we’ve staged here since our 1989 protest.”

A protest action led by some 19,000 workers in July-August 1989, culminated in riot-police forcefully suppressing the industrial action. This crackdown resulted in the death of one worker, dozens of arrests, and subsequent allegations of torture and abuse in police custody.