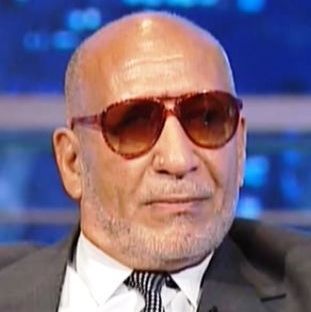 Khodairy, who is also a former lawmaker, is accused of torturing 11 citizens inside the offices of a tourism company that allegedly belongs to the Muslim Brotherhood, according to Al-Masry Al-Youm. Details about the incident have not been disclosed, but privately owned local news portal Veto wrote that one of the alleged victims is a lawyer reportedly tortured by Khodairy and Muslim Brotherhood members in Tahrir Square during the 2011 revolution because they thought he was a State Security officer.

Veto quoted Alexandria Security Directorate head General Amin Ezzeddin as saying in a statement released Monday that prosecutors determined Khodairy was staying in his Alexandria residence after he did not appear for earlier summons.

Khodairy was on the forefront of the independent judiciary movement that thrived in 2005, calling for a new Judicial Authority Law that would guarantee more freedoms from the executive branch. Many members of the movement were closely allied with the Muslim Brotherhood during its time in power. Khodairy was voted into Parliament in 2011 with the support of the Muslim Brotherhood-led electoral alliance.

Mekky criticized the influence of politics on judicial procedures, as well as the procedures themselves for prompting discontent among judges.

Human rights advocates have raised concerns about the legal processes surrounding the crackdown on Muslim Brotherhood members, supporters and allies since the military removed Morsi from power in July.

Speaking in general about the ongoing arrest campaign, human rights lawyer Osama al-Mahdy said the clampdown is characterized by “randomness and confusion” regarding the detainees and the charges against them. In many instances, the arrests are based on weak cases, Mahdy said.