Suleiman blames Islamists from beyond the grave
By
Mada Masr 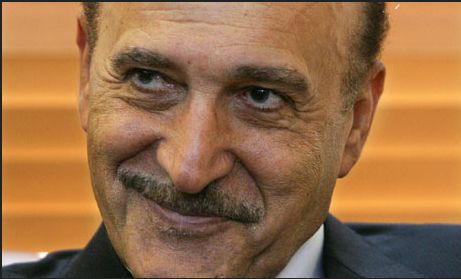 Suleiman died in a hospital in Cleveland, Ohio in the summer of 2012 after an unsuccessful presidential bid.

In the recordings, Suleiman discussed what has become a particularly relevant issue today: The Muslim Brotherhood’s alleged role in attacking prisons and police stations. The recordings go back to early February 2011, when Suleiman met with senior Egyptian officials a few days before Mubarak stepped down from power.

On Monday, a funeral was held for a national security officer, Lieutenant Colonel Mohamed Mabrouk, who was shot to death by unknown assailants in front of his home late on Sunday as he was en route to his office. According to anonymous security sources, Mabrouk was a key witness in a current court case against former President Mohamed Morsi and other Muslim Brotherhood figures, who face trial on espionage charges.

Prosecutors claim that Morsi had contacted “foreign elements” to help him and his fellow Brothers out of Wadi Natrun Prison during the 2011 revolution.

A few months after Morsi was elected president, he issued a presidential decree ordering the release of hundreds of inmates, including several individuals associated with the jihad movement.

Suleiman alluded to such prison breaks in the recording, saying: “As we know, the police have been attacked, and thousands have escaped from prisons — most notably, the jihadists, and those are the ones that matter to me.”

“It’s well known that the jihadists refuse to sign the anti violence initiative. They still claim that we’re an infidel society and they must seek revenge […] and since they escaped [from prison], chaos began to spread,” he continued.

Suleiman also asserted in the tapes that the Muslim Brotherhood wanted to spread chaos in the street in order to help protesters dismantle the state.

“Those groups have been funded by external powers to threat the national security in Sinai … we must deal with them harshly,” he said.

However, critics say the Ministry of Interior and other state apparatuses are currently attempting to rewrite history. The state itself has been accused of responsibility for the security vacuum since 2011, and some say they are attempting to produce evidence that would shift the blame onto the Muslim Brotherhood.

Topics
Related
assassinations
Senior officer linked to Morsi trial killed
Security was on high alert Monday morning around the Police Mosque in Cairo, where the funeral of a senior
international media
Morsi on his first night in prison
Egyptian and Arab media sources attempt to paint a picture of former President Morsi’s first night