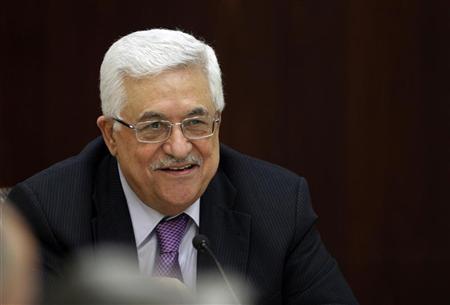 Sisi met Abbas on Sunday during the latter’s three-day visit to Cairo where he is also scheduled to meet Interim President Adly Mansour and Foreign Minister Nabil Fahmi.

Sisi and Abbas discussed current developments in the region and their impact on the peace process, the state-run newspaper said.

Abbas expressed his gratitude for Egypt’s role in supporting the Palestinian cause and reconciliation between all Palestinian sides.

On Saturday, Abbas also met with Egypt’s intelligence chief Mohamed al-Tohami, with whom he discussed Israeli settlement building in Jerusalem and the West Bank, as well as Palestinian reconciliation talks, according to news reports.

This is Abbas’ second visit to Egypt since the ouster of President Mohamed Morsi on July 3. He previously visited on July 29.

During his meeting with Mansour, the two discussed Palestinian-Israeli negotiations and Abbas expressed hope that Egypt would resume its mediation efforts.

Mansour said Egypt is in the final stages of preparing the constitution, to which Abbas said he is confident that Egypt will complete the roadmap according to schedule.

Abbas and Mansour also discussed regional issues such as the situation in Syria, Iraq and Libya.

Topics
Related
Egypt-Palestine relations
Death at sea: The via dolorosa of Palestinian refugees
Céline Lebrun | In the past few days, the dozens of bodies swallowed up by the Mediterranean Sea have drawn the international
Gaza
31 Palestinians denied entry, deported to Gaza
Thirty-one Palestinians who arrived at Cairo Airport have been deported to Gaza, the state news agency