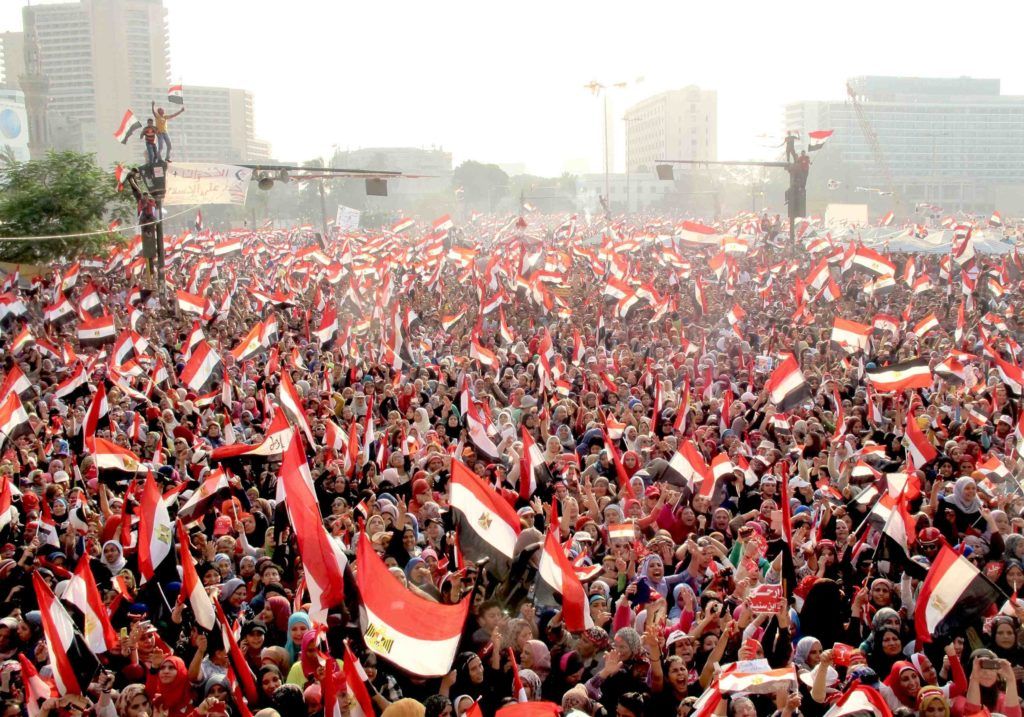 A new umbrella group of activists, artists, writers and self-styled revolutionaries released its founding statement ahead of a press conference announcing its formation at the Commerce Syndicate Tuesday.

“After more than two and a half years of revolution, Egyptians still haven’t realized their dream of building a new republic that realizes what they aspired to, the supremacy of democracy, and the establishment of justice and equality,” the statement by the Revolution Path Front read.

It places both mass uprisings of January 25, 2011 and June 30, 2013 in the context of a continuing revolution of Egyptians against the current state, which it said had been hijacked by former President Mohamed Morsi, as well as in the wake of his ouster.

Since Morsi was ousted and hundreds of his supporters were killed at two sit-ins, the political atmosphere has been extremely charged, and many of the figures and issues that were prominent in the first months following Hosni Mubarak’s ouster have been pushed to the sidelines. .

The statement called for demands such as a more equitable redistribution of wealth, a fairer tax system, rebuilding state institutions for more citizen participation, more social and economic rights in the constitution and a review of foreign debt.