72 detained on terrorism charges in Delga
By
Mada Masr 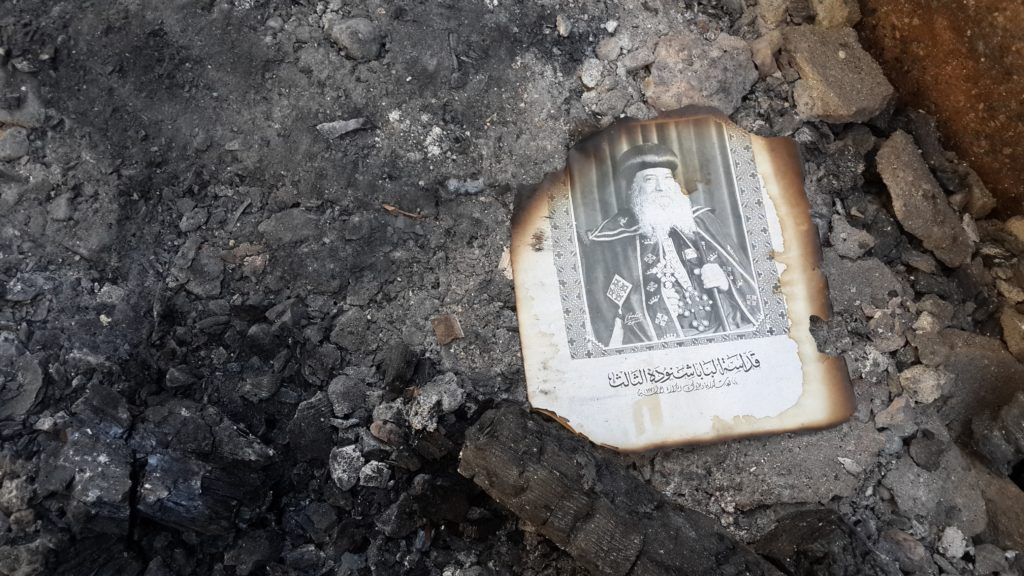 A burnt church in Minya

Prosecutor General Hesham Barakat ordered the detention of 72 pending investigation into charges of committing violent and terrorist acts in the village of Delga in Minya, the state news agency MENA reported on Wednesday.

The arrested will be held for 15 days pending investigation, MENA reported. Fifty-one of the detainees were arrested on Tuesday evening, and a further 21 were arrested this morning, according to Minya’s security director.

On Monday, security forces conducted a massive counterinsurgency campaign in Delga, retaking control of the village.

Since former President Mohamed Morsi was forced out of power, individuals believed to belong to hardline Islamist groups have violently targeted Delga’s Christian residents, attacking their homes and churches, in addition to state institutions.

The accused face charges of resisting arrest, illegal possession and manufacturing of firearms, incitement to murder and terrorism, thuggery, belonging to a group which aims to combat authorities and citizens with weapons, as well as the destruction of public and private property, MENA reported.

On Tuesday night, according to MENA, security forces used tear gas to disperse a protest of Morsi supporters in Delga for breaking curfew and disrupting the flow of traffic on a main road. Protesters were demonstrating against the arrest of Delga residents by security forces.

A security source told MENA that protesters were asked to open the road to traffic several times but after they refused, security forces moved in to disperse the gathering.

The hardline Islamist group Jama’a al-Islamiya attributed what they called the “disproportionate” security operations in Delga to daily protests against what they describe as a coup against Morsi, the private Al-Masry Al-Youm newspaper reported.

Police are in pursuit of a veteran member of the former militant group, Assem Abdel Maged, who is among several dozen Islamist figures sought by the police in Delga, Reuters reported. Abdel Maged spent 25 years in jail for his role in the 1981 assassination of President Anwar Sadat.

“We have information that he is Minya. We are pursuing him and hopefully we will get him soon,” a senior official in Minya told Reuters, speaking on condition of anonymity in line with ministry regulations.

In a statement, Jama’a al-Islamiyya claimed that rumors of weapons and barricades being present in the village were shown to be false by the absence of resistance to the security operation, Al-Masry Al-Youm reported. This also proves the falsehood of allegations about Islamist attacks on Christians in the village, the statement said.

Atef Shawky, a community leader in the neighboring village of Deir al-Barsha, told Mada Masr earlier this week that Islamist insurgents who had seized the village did not offer much resistance to security forces, surrendering after a brief exchange of gunfire.

Following Morsi’s ouster on July 3, hundreds of Muslim residents in Delga attacked the Mar Girgis Coptic Catholic Church and the Islah Church, the report stated. In the following days, some Christian homes were looted. According to the report, the house of one Christian resident was set on fire after he shot at his assailants; in retaliation, his wife was pulled out of their home and shot dead in the street. Another Christian resident was reportedly stabbed as he walked in the streets of the village while protesters chanted into megaphones, inciting violence against Christians.

The Muslim Brotherhood made statements critical of Monday’s security operation on its official Twitter account, accusing security forces of failing to protect places of worship, and then using the attacks to justify a crackdown on Islamists.