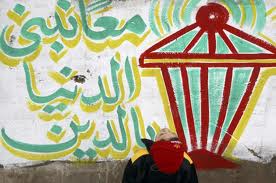 A high-ranking member of the Salafi Nour Party said on Monday the group would take all necessary measures to preserve the Islamic identity of the new constitution.

Salah Abdel Maaboud, a member of the party’s upper board, said in a statement that the Nour Party had agreed to participate in the committee of 50 selected to amend the 2012 Constitution ratified under former President Mohamed Morsi. They agreed to participate in order to preserve the gains of the January 25 revolution, and particularly to safeguard the constitutional articles pertaining to Egypt’s Islamic identity, the statement said.

These contentious articles include Article 2, which stipulates that the national religion is Islam and Sharia is the main source of legislation, and Article 219, which elaborates more fully on the details and sources of the rules of Sharia.

These articles are expected to be contested by the review committee, which is dominated by non-Islamist figures.

The hardline conservative Nour Party had threatened to withdraw from the committee when the interim government invited only one representative from the group to join. However, the party announced on Sunday that despite strong objections to this lack of representation, an internal vote in favor of participating in the amendment process pushed the group to accept the invitation.

The committee’s goal is to amend the 2012 Constitution, not replace it with a new one, Abdel Maaboud asserted in his statement. The constitution that is currently under review was drafted last year by a Constituent Assembly dominated by Islamist forces. In the last weeks of the constitution writing process, all non-Islamist members of the committee withdrew in objection to the draft.

In past statements, Abdel Maaboud had said that if its proposals were not considered by the committee, the Nour Party would call for a “no” vote on the amended constitution when it would be put to national referendum.