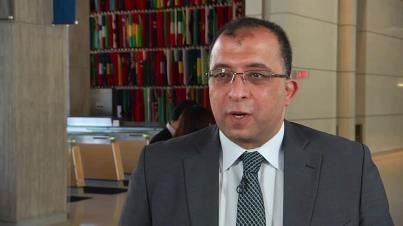 Egypt is expected to invest LE290 billion to implement a number of service sector projects in a bid to spur economic recovery, according to the planning minister.

Araby met with an economic committee Monday over a plan to stimulate the economy by swiftly implementing public and private investments worth LE290 billion. Of that total, LE120 billion comes from public investments to fund projects in education, electricity, railways and transportation.

The plan also entails resuming operations at factories that had closed due to the sluggish economy.

Araby was reported as saying the government’s economic priorities include creating a suitable climate and removing hurdles for investment through a series of policy reforms.

The minister also said LE1.2 billion would be allocated to support the ailing tourism sector, which, according to one UK-based consultancy, is losing between US$250 million to $650 million per month due to continued bouts of violence and political uncertainty.

“The outbreak of violence in Egypt has made the economic outlook highly uncertain. But it’s pretty clear that the tourism sector will be hard hit, as it has been during previous bouts of unrest,” Capital Economics said in a report on Egypt’s tourism sector.

Araby also stated that a number of prospective projects were presented to the United Arab Emirates, which showed interest in investing, adding that the details of these projects will be announced soon.

After former President Mohamed Morsi was deposed, a flush of funding pledges came in from the UAE, Saudi Arabia and Kuwait, to the tune of $12 billion. The financial support is said to have staved off an impending balance of payments crisis for at least 6 months.

Topics
Related
Egyptian Stock Exchange
Investor panic in Sunday’s trading
Sherif Zaazaa | The Egyptian stock market fell sharply during Sunday’s session, indicating investors’ panic from
Ashraf al-Araby
Expansionary economic roadmap in the works
The Cabinet is aiming for an economic growth rate of 3.5 percent this fiscal year, which it hopes to
interest rates
Egypt cuts interest rates to boost investment
Sherif Zaazaa | In an attempt to boost investment, the Central Bank of Egypt has lowered interest rates for the first