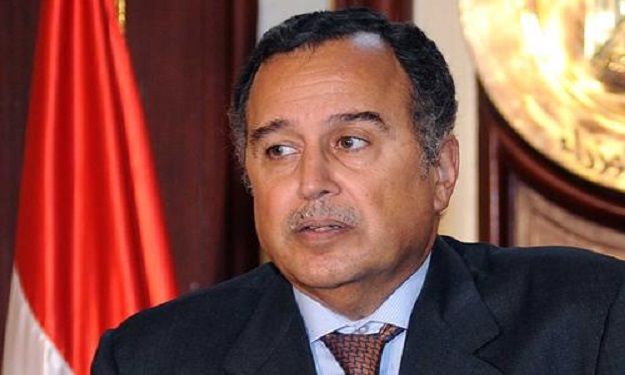 Minister of Foreign Affairs Nabil Fahmy said during a visit to Ramallah Monday, that despite Egypt’s own unrest, the Palestinian issue remains at the top of the country’s foreign policy priorities.

Fahmy condemned the Israeli raid early Monday on the West Bank refugee camp Qalandiya, asserting that similar attacks and the creation of illegal settlements on Palestinian land diminish the chances that Israeli-Palestinian negotiations will succeed. He said Egypt is keen on promoting talks.

Israeli forces shot dead three Palestinians and injured at least 15 others during a raid to arrest a suspect in the camp.

Fahmy held deliberations with Palestinian President Mahmoud Abbas, followed by a press conference during which he delivered a letter from interim President Adly Mansour expressing Egypt’s appreciation of Palestinian support for June 30 protests.

Mansour’s letter said Egypt believes there won’t be peace or stability in the Arab world until the Israeli-Palestinian conflict is resolved and Palestine is allowed to establish a sovereign state with East Jerusalem as its capital.

He also asserted that Egypt would work to facilitate Palestinian reconciliation.

Fahmy said Egypt is studying a mechanism to maintain security along its border with Gaza, while also ensuring that Palestinians have access to basic needs.

The Rafah border was closed for a week following the killing of Egyptian soldiers in Sinai earlier this month and has been partially reopened since then.