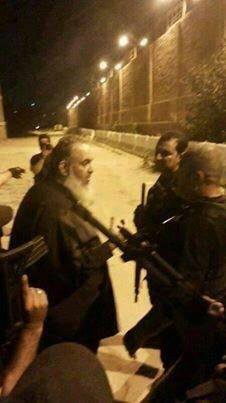 The four detainees are accused of incitement to kill protesters in the area of Giza’s Cairo University and Nahda Square. Twenty-one people were killed there last month in clashes that erupted after supporters of deposed President Mohamed Morsi staged a sit-in in the area.

A team of the prosecution investigators headed by Hatem Fadel, head of Giza Prosecution, went to Tora Prison to look into extending the detention period of the four detainees, and the prosecution pressed charges of incitement to murder, attempted murder, incitement to weapons possession, inciting thugs, and forming a league aimed at resisting authorities and citizens with weapons.

Abu Ismail was arrested last month in the course of sweeping arrests of Islamist figures. As well as inciting the killing of 21 people, he was also charged with forging his application to run in the 2012 presidential elections by claiming that his mother, Nawal Abdel Aziz Nour, did not hold foreign nationality although she was in fact a US citizen, the state-run daily Al-Ahram reported.