‘Zaat’ and her bathroom – and television 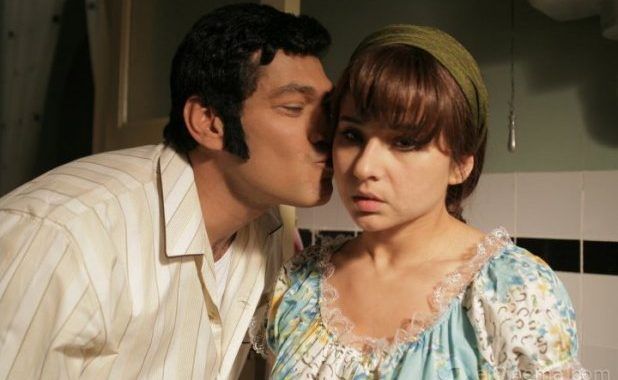 There was a very popular television commercial for an Egyptian ceramics company in the early 1990s, which used “demolish your old bathroom” as its catch phrase. This expression then permeated Egyptian popular culture to signify a new beginning in the post-infitah (economic open-door policy) era. It signified “a new self” that Egyptians were invited, and even pressured, to create for themselves through new consumption patterns. Zaat (literally translated as self) is Sonallah’s Ibrahim’s female protagonist in his seminal 1992 novel, and the heroine of this Ramadan’s television adaptation of the book.

Born on 23 July 1952, Zaat finds herself lagging behind the hyper consumption frenzy that surrounds her in the 1980s. In a dream, she sees men in her life (her husband, her old lover and her neighbor) personifying Egypt’s autocrats, namely Gamal Abdel Nasser, Anwar El-Sadat and Hosni Mubarak, demolishing her old bathroom. She wakes up startled, and declares that nothing is more important than fixing her bathroom.

In the novel, Ibrahim writes an alternative narrative of Egypt’s infitah through the seemingly ordinary story of his female middle-class protagonist; Zaat struggles to catch up with a changing socio-economic reality that compels her to adopt new consumption patterns to attain what now constitutes a “good life.” The book is probably one of the best-written critiques of the neo-liberal policies Sadat inaugurated in terms of their impact on the lives of ordinary Egyptians. Adapting this novel to the screen and showing it this Ramadan have however given this narrative new shades of color.

On the surface, the novel might seem not fit for television. Ibrahim wrote Zaat as a docu-fictional narrative. Every other chapter of the book is a compilation of historical documents, such as printed advertisements and various newspaper clippings. The disclaimer at the beginning of the book reads:

“The events included in some chapters in the novel are quoted from government and opposition Egypt newspapers. Their republication is not meant to verify them or defame those mentioned in them. The author’s goal is to reflect the general media atmosphere that surrounded and affected the characters of his novel.”

The historical newspaper documents interrupt the “fictional” narrative. In fact this manner of writing blurs the boundaries between fiction and history on one hand, and between people’s everyday life and the media transmissions that shape their knowledge and perceptions on the other.

But how can the power of this form of narration be reproduced in a television series?

In fact, Ibrahim has a special fascination with television; how can he not, given his use of this method in the first place to show the effect of the media atmosphere on his characters and on people’s lives in general. Television is after all the king of media. Ibrahim is particularly interested in television as a method of persuasion. In his 1982 novel, Al-Lajna  (The Committee), he writes that due to the state’s preoccupation with diversification, it also diversified its methods of “persuasion.”

In that book, he wrote, “these [Arab] regimes used to have a sole method of persuasion, which was through imprisonment and torture. Diversification, however, put new methods at their disposal that range from assassination to television and parliaments.”

Ibrahim is aware of television’s central role in influencing the new identities shaped by specific consumption patterns in the post-infitah period, as well as of how the state generally uses the media to influence people’s daily lives. In the 1980s, television commercials and advertising were central to the citizen’s everyday life, both shaping the individual’s private identity, and the collective national imagination. The act of watching television was, and probably still is, the most influential shaper of the Egyptian “self”/”selves” in the post-infitah era — and Ramadan is the prime time when the nation watches televised dramas, and commercials.

In his 2005 study “Synchronizing Watches: The State, The Consumer, and the Sacred Time in Ramadan Television,” anthropologist Walter Armbrust refers to how studies on the television often cite the concept of “flow” where content and advertising are perceived as part of the same experience. Zaat is, in many ways, built on the concept of “flow,” where the narrative and documents are continuous and part of the same experience of reading the novel.

The series — written by Mariam Naoum and directed by Kamla Abu Zikry, with cinematography by Nancy Abdel Fattah — reproduces this flow effect on two levels. The first is when viewers are watching the drama and the visual “historical footage” (be it documentary footages of Sadat’s assassination or historical television commercials); they are all part of the same flow that transmits knowledge about the history of this era. There is also a second flow experienced when viewers watch “Zaat” on television this Ramadan, interrupted by today’s commercials and news. This second level is particularly significant given the intensity of the political situation today.

Ibrahim writes novels to challenge the mainstream narratives of Egypt’s history, and through “Zaat” in particular, he was challenging the common misperception that neoliberal economic policies and consumerist lifestyles are the ways to attain a good life. In writing “Zaat,” alongside his other novels, he also challenges the mainstream historical narratives through giving agency and voice to the marginalized, in this case a struggling Egyptian woman.

Watching “Zaat” on television today subjects viewers to this alternative representation of history. The series interrupts Egyptian lives to provide the historical background to their struggle today. One could say that Zaat’s story is the historical preamble to Egypt’s revolution. In the novel, Ibrahim describes the transmissions that surround Zaat as the “march of destruction and construction.” And I honestly do not see a better description of Egypt today other than a continuation of this march of destruction and construction. But there is another more basic reason for why the series succeeded in grabbing people’s attention today: empathy.

Ibrahim’s choice of Zaat as the name of his protagonist is not accidental. In her 1994 book, “Egyptian Writers Between History and Fiction,” Professor of modern Arabic literature Samia Mehrez tells us how “Zaat” is Ibrahim’s “ultimate objectification of the self.” She explains how Zaat in Arabic means an indefinite self; it can mean multiple selves and/or one self. This “objectification of the self”, she adds, is a strategy that Ibrahim uses to break the boundary between the private/individual and the public/collective. Zaat resembles the ordinary; her life reflects the mundane in Egyptians’ everyday life. Ibrahim succeeds in making Zaat’s private life a representation of the collective identity of the nation. This is precisely why her story, especially when televised, has grabbed people’s attention. Watching “Zaat,” particularly the episodes taking place in the 1980s, triggers an intense sense of empathy from viewers who see her as a reflection of themselves.

This feeling is lost, somehow, in the episodes of the 1990s and 2000s that are not covered in the novel. The television drama is set to end with the January 25 revolution, while the novel ended in the 1980s. In the episodes set in the period after the 1980s, however, we seem to have lost Ibrahim’s Zaat and are now watching an average melodramatic television drama. I am not sure if this loss is due to the fact that Ibrahim’s novel ended in the 1980s, or because these later episodes had a different director, who did not quite succeed in speaking to us through Ibrahim’s Zaat (or our Zaat either). In the end, however, and amid such uncertain times, “Zaat” was probably the best thing about this Ramadan.

AD
You Might Have Missed
Mugamma revisited: Reimagining the building and the square
Where do old lesbians go to die?
What we talk about when we talk about trees
Carbon Colonies & A Green New Deal
AD
Dina Hussein
9 articles on Mada

Topics
Related
drug addiction
Girls gone wild, parties gone bad
Naira Antoun | Even if it seemed to strive for authenticity, the show ended up providing a re-packaged version of a
Adel Imam
Why watching soap operas won’t make you rich: A TV history of Egypt
Andeel | This brief history of famous Egyptian soap operas shows that class is something we have always thought
Amr Mostafa
Whose Empire? Post-revolution history in a Ramadan TV drama
Meir R. Walters | Embratoreyet Meen? (Whose Empire?), one of the television series screened this Ramadan, is a light and
Ramadan TV
‘Women’s Prison’: A Ramadan TV triumph
Charlotte El Shabrawy | Poverty, sexual needs and corruption in all areas of life permeate the show, and are frankly and openly