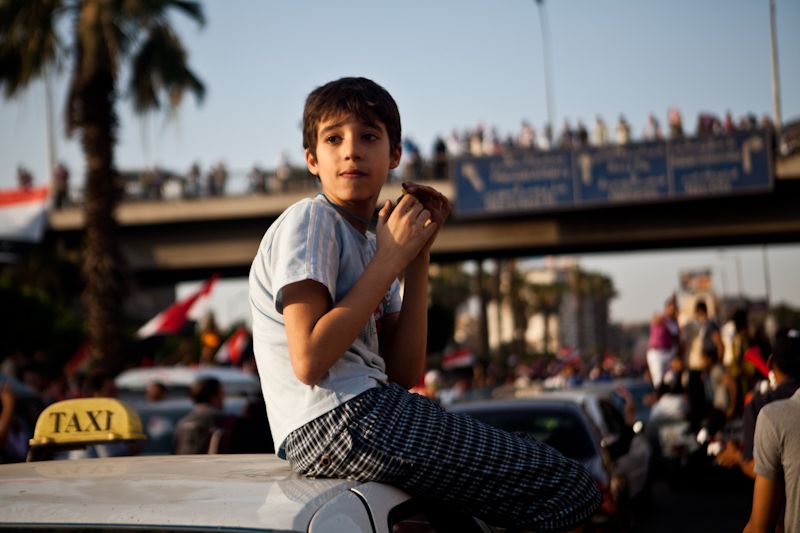 The National Council for Childhood and Motherhood has restated its rejection and condemnation of the continued “exploitation of children by the Muslim Brotherhood,” while also expressing concern over the violation of children’s’ rights, specifically through “their deployment in armed confrontations in order to achieve the personal interests…of a group that has been rejected by the majority of the population.”

In a statement released on Tuesday, the council announced its submission of an official report to the prosecutor general, urging him to take appropriate action to remove all children from the pro-Morsi sit-in at Rabea el-Adawiya, where it claims they are continuously exposed to ‘health, security, and moral hazards,’ making their presence at the sit-in a violation of numerous child laws.

The council had previously submitted four similar reports to the president, the prime minister, as well as the justice and interior ministers and the general prosecution prior to June 30.

For its part, UNICEF has also expressed distress over the issue, citing “numerous reports of children killed or injured during violent confrontations.” Philippe Duamelle, UNICEF representative in Egypt said “these alarming images of children in conflict suggest that, in some circumstances at least, their involvement is intentional and directed, as is their exposure to a danger which they might become casualties of.”

In his statement, Duamelle observed, “such incidents can have a lasting, devastating physical and psychological impact on children. We call on all Egyptians and political powers to refrain from exploiting children as a means to political ends.”