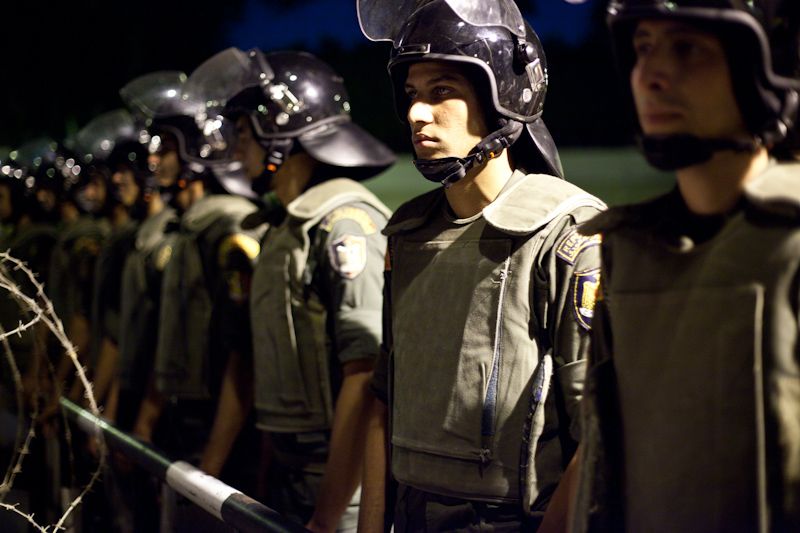 The Arab Network for Human Rights Information issued a statement of concern on Thursday regarding the privately owned daily Al-Shorouk’s decision to ban an article by columnist Wael Qandil, the newspaper’s managing editor.

In the Thursday print edition, readers found a statement reading, “Wael Qandil apologizes for not writing his article today, and he will continue tomorrow,” in place of the journalist’s regular daily column.

ANHRI reported that when they when they asked Qandil about the issue, he confirmed that the article was banned from publishing, but did not provide any further information.

The journalist has attacked the Armed Forces for ousting former President Mohamed Morsi in his recent articles. In his Wednesday column, titled “The Egyptian Holocaust,” Qandil slammed the army for claiming to remove Morsi from office in order to save the country from bloodshed, but being apparently unable to stop the violence that has ensued since the president’s ouster.

“They are manufacturing racism and are setting up gas chambers, and then call for reconciliation,” Qandil wrote.

“It is unfortunate for media organizations to censor its journalists, whether because of pressure they are facing or because articles do not conform with their editorial line,” ANHRI wrote in its statement. The rights group said that just like it condemned censorship under the rule of former Presidents Hosni Mubarak and Mohamed Morsi, as well as the interim rule of the Armed Forces, it continues to reject censorship in private media.

ANHRI called on Al-Shorouk to explain the reasons behind the ban, and to publish the censored article.

Observers have slammed private media’s coverage since the Islamist president’s ouster for its bias in favor of the Armed Forces against the Muslim Brotherhood.

Topics
Related
gag order
Publishing ban on January 25 prison attacks case
A publishing ban has been placed on the investigation into attacks on prisons and police stations that
Ahmed al-Moslemany
Information Ministry may be shut down, says presidency
Controversy surrounding the highly divisive Information Ministry may soon be put to rest. Presidential
freedom of the press
The killing of Islamist protesters: State censorship or self-censorship?
Ali Abdel Mohsen | The recent violence at the Republican Guards headquarters has left the country reeling, media institutions
freedom of the press
Religious channels go off air and employees arrested
Islamist channels Misr 25, Al-Nas and Al-Hafez went off air immediately after the address by Defence