Update: US officials meet with Mansour
By
Mada Masr 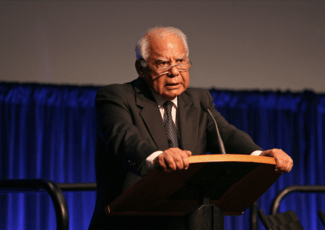 Burns is also scheduled to meet with newly appointed Prime Minister Hazem al-Beblawi, reported the state-run Middle East News Agency, amid mass rallies organized by the Muslim Brotherhood intended to “paralyze” Cairo by blocking its major roads and bridges, in protest against what they call the military coup that deposed their president.

“In all these meetings, [Burns] will underscore US support for the Egyptian people, an end to all violence, and a transition leading to an inclusive, democratically elected civilian government,” the US Department of State said in an official statement issued late Sunday.

Burns would also meet with civil society and business leaders on Monday and Tuesday.

London-based newspaper The Guardian described the official’s visit as an attempt to “break the ice” with Egypt’s military leaders after relations between the two countries grew strained when the Armed Forces intervened to remove Egypt’s first democratically elected president on July 3.

“Burns may face awkward questions when he visits Cairo, where portraits of the American Ambassador, Anne Patterson, have been overwritten with the words ‘Go home, witch.’ Burns, an Arabic speaker, would not miss the point,” the Guardian reported.