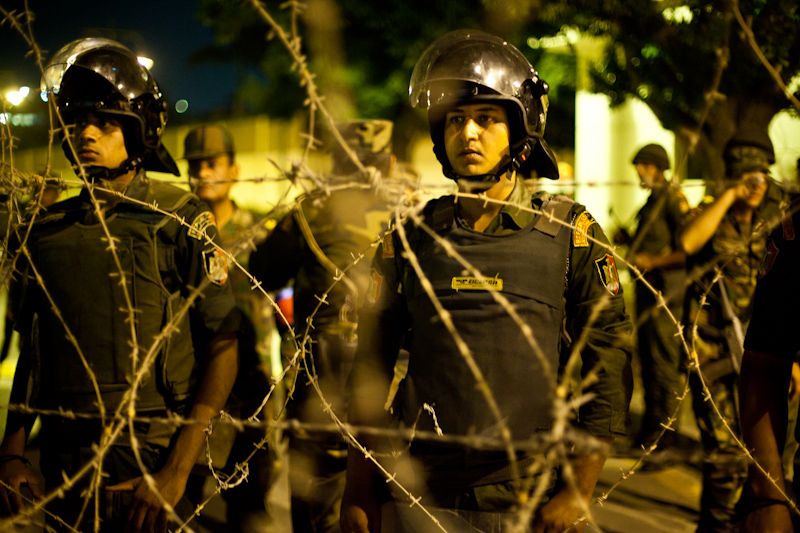 Human Rights Watch has called for an impartial investigation into the killing of at least 51 people outside the Republican Guards headquarters on 8 July.

An HRW statement released on Sunday urged Interim President Adly Mansour to ensure that military officers and police are investigated by the civilian judiciary, which is independent both institutionally and practically from the military chain of command.

The rights watchdog cited witness accounts which describe excessive use of force by both military and police. The prosecution has investigated only Muslim Brotherhood supporters and leaders for their alleged roles in the clashes, but not the military and police forces.

“The military has a track record of resorting quickly and excessively with lethal force to break up protests,” said Joe Stork, acting Middle East director at Human Rights Watch, said.

He said witnesses described the military shooting into the crowd, including at unarmed people. “The government needs to find out who was responsible and ensure they are held accountable if it hopes to show it will respect basic rights during this interim period,” Stork added.

Between 51 and 54 people were killed in clashes between supporters of deposed President Mohamed Morsy and the Armed Forces around the Republican Guards headquarters. More than 435 were also injured in the violence.

The Armed Forces and Morsy supporters have given conflicting accounts of the story. The Armed Forces claim the confrontation began when protesters tried to storm the Republican Guards headquarters at around 4 am, attempting to assault officers and soldiers. They called the alleged perpetrators “armed terrorists” and said one soldier was killed and many others were injured, of whom six are in serious condition.

The pro-Morsi protesters, however, said that they were simply praying when officers at the Republican Guards headquarters suddenly ambushed them.

The presidency released a statement that afternoon expressing its sorrow over the deaths but warning against approaching military buildings.

HRW said that the witnesses it interviewed agreed that just before dawn military troops and Central Security Forces advanced to disperse a peaceful sit-in, simultaneously approaching protesters outside the Republican Guards building at one end of the street and protesters outside the Mostafa Mosque at the other end.

It maintained however that while it is impossible to tell “which of the lethal shootings may have been lawful – that is, where those killed were armed and shooting at security forces,” it is clear from the death toll and witness accounts that the army responded with lethal force “that far exceeded any apparent threat to the lives of military personnel.”

Prosecutors have announced that they are investigating 206 Muslim Brotherhood supporters arrested at the scene and still in detention. They have also issued arrest warrants for 10 Muslim Brotherhood leaders, including the group’s supreme guide, Mohamed Badie, on charges of inciting violence in connection with the incident.

“No investigation of army or police personnel has been announced to date, though the vast majority those who died were among the protesters,” HRW’s statement read.

HRW’s statement concluded that all of the deaths, including those of protesters, bystanders, and security forces, should be investigated and those responsible for illegal use of force be held accountable.