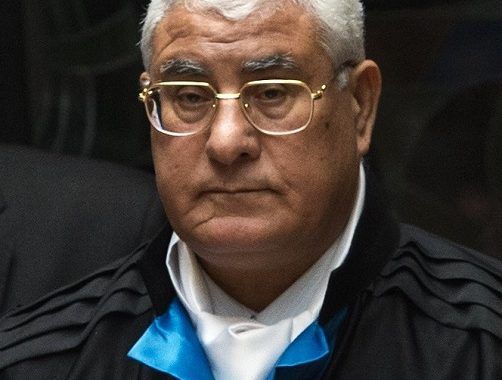 While the stock market reacted positively to the issuing of the July 8 Constitutional Declaration, and some rejoiced at this definitive step leading the country away from deposed President Mohamed Morsi’s government, the decree is also a testimony to the ongoing conflicts between the political forces that stood together to oust the Brotherhood regime through military intervention.

The declaration recalls the days just after the January 25 revolution, when the Supreme Council of the Armed Forces — the country’s interim rulers prior to Morsi’s election — drafted their own decree in March 2011, after the abrogation of the 1971 Constitution.

But the difference between the 2011 and the 2013 Constitutional Declaration is considerable. While the 2011 declaration arguably paved the way for the Muslim Brotherhood to control Parliament, and subsequently, the Constituent Assembly that drafted what some considered to be an Islamist-oriented constitution, the 2013 declaration was issued on the heels of ousting the Islamist regime.

The July 8 declaration outlined a roadmap for yet another transitional phase in Egypt’s governance. This time, the decree stipulates that the constitution must be finalized before any elections are held, thus meeting a major demand voiced by secular opposition parties since 2011. Following the constitutional referendum, parliamentary elections would be held, and finally the presidential elections.

Some analysts say that a major feature of this constitutional declaration is the protection of the interests of parties antagonized by Morsi and the Muslim Brotherhood, particularly the Armed Forces and the judiciary. As in the past two drafts of the nation’s constitution, the 33-article document still ensures the secrecy of the military’s budget and the independence of judicial institutions.

But if the army and judiciary are appeased, several political forces and human rights groups are far less happy with the declaration. Many political players have voiced discontent with interim President Adly Mansour and the Supreme Council of the Armed Forces, who they accuse of failing to consult the appropriate parties while drafting the decree. Those who mobilized the streets in mass protests starting on June 30, emboldening the military to oust Morsi, feel they should have a say in shaping the plans for the coming period.

The Armed Forces defended the declaration from such criticisms in a statement issued on Tuesday, saying that “it covers the transitional phase.” The statement added that the outlined steps are clear, and from now on, no political party would go against the will of the people, because the interests of the nation are more important than political maneuvers.

But if the declaration is intended to help prevent one political movement from gaining control over politics by prioritizing the constitutional writing process before presidential elections can take place, some are concerned that the transitional president, a non-elected figure, is gaining too many powers in the interim.

“I don’t think we need all these steps at the beginning. Tamarod succeeded in making 22 million people sign for an early presidential election, not all that [is outlined] in this roadmap,” says Amr Abdel Rahman, an analyst with the University of Essex. “The army should have called for early presidential elections, and then the elected president would have the right to issue legislation until a constitution is put together,” he offers.

Tamarod (Rebel), the mass grassroots campaign that petitioned for Morsi’s ouster, had drafted their own roadmap for the transitional period that called for an interim president and a prime minister who would be a widely accepted social figure, and who would be invested with widespread powers. The people would elect the committee to rewrite the constitution, upon which presidential elections would be held. The new president would then call for parliamentary elections within the first six months of his rule.

Like the leaders of Tamarod, Mounir Fakhry Abdel Nour, a member of the National Salvation Front and leading figure of the liberal Wafd Party, also disagrees with the order of the steps laid out in Mansour’s declaration.

“The parliamentary elections are scheduled in four and a half months from now, according to the constitutional declaration, and many parties need more time to organize themselves,” he argues. “An elected president should have handled the transition and continued building legislative institutions under his helm, instead of a transitional government.”

Rafaat Fouda, a professor of constitutional law at Cairo University, fears that the declaration increases the interim president’s powers without determining a time frame for the transitional phase, arguing that the wording of the declaration is loose when it came to stipulating when exactly the presidential elections would take place.

“A date for the presidential elections hasn’t been set. [The declaration] states that a call for elections should take place a week after the Parliament is seated, but it does not state an exact date for the voting itself,” Fouda says. He adds that such vagueness may allow the transitional period to be extended.

In the current declaration, Articles 28 and 29 state that two committees would draft the new constitution. The first would be made up of 10 members, including six judges from the Supreme Constitutional Court, the State Council  and the rest of the judiciary, and four scholars of constitutional law. Each of these bodies would choose their own representatives to sit on the committee.  This first committee would be tasked with drafting amendments to the suspended 2012 Constitution, and then send them to a second committee.

This other group would put the amended constitution up for social dialogue ahead of the referendum. It would consist of 50 members drawn from various political parties, syndicates, unions, local councils, Al-Azhar, the three Egyptian churches, the Armed Forces, the police and social figures. The decree stipulates that at least 10 of the 50 committee members should be women and from youth groups. While the “social figures” would be appointed by cabinet, the rest of the represented institutions would nominate their own delegates.

However, as the chief legislator, the president would ultimately approve all nominations to the committees, and decide about quotas by issuing a corresponding law.

This process gives the president too much power, argues Bassem Kamel of the Social Democratic Party.

“Political forces will definitely clash over their representation [on the committees], especially because only one person is making the decision — namely, the president,” says Kamel.

Kamel asserts that, in fact, the second committee’s work should take place before that of the legal committee, by virtue of its more political nature. Echoing this concern, Nathan Brown, a scholar of Egyptian legal affairs at the University of George Washington, wrote for the New Republic on July 9: “There are inexplicable innovations, like having lawyers draft amendments to present to political leaders; one would normally hammer out the political deal and then show it to the lawyers to write up. (The likely explanation? The real political deals are being made right now behind closed doors. We could soon know something about those talks, since if those deals don’t work, the doors may blow open).”

And in general, the president alone should not be the main legislator, Kamel asserts.

“There has to be a parallel committee to work with the president on legislation, or else we will go back to where we were before the constitution, when Morsi was the sole legislator and the Constituent Assembly was accordingly immune from judicial appeal,” Kamel says.

Concerns over the secular-religious divide also plague these discussions. “Who can guarantee that Islamists won’t ask for the majority of places among the 50 members [in the second constitutional committee]?” asks Kamel, criticizing the declaration’s ambiguous language regarding the formation of these bodies.

In fact, the very first article of the declaration is a point of contention along the secular-religious divide. The article is an adaptation of the contentious Article 219 of the suspended constitution, which states that Sharia is the main source of legislation, further defining it as the narrow jurisprudential and fundamental basis laid out in Sunni schools of thought.

Secular political groups, alongside the Church, say the article represents an attempt to please the Salafi Nour Party, which opted to dissociate itself from the Muslim Brotherhood in the crisis of Morsi’s ouster, and participate in discussions over the formation of the new government.

“We don’t want to make the same mistakes that the Supreme Council of the Armed Forces did after the January 25 revolution. Why does the council [SCAF] care so much about the interests of Islamist forces? I was even expecting the declaration to dissolve religion-based parties that caused social and political polarization,” says Abdel Nour.

But Khaled Allam Eddin of the Nour Party feels that it is right for the declaration to respond to the needs of millions of Egyptians who believe in Sharia — the same citizens who had primarily voted Morsi into the presidency. In fact, the party is disappointed that the declaration doesn’t stipulate the rule of Sharia more strictly, Allam Eddin says, arguing that adherence to Sharia is a must and nonnegotiable.

“We refuse the adaptation of Article 219 [of the former constitution]. And also, where is Article 4, that gives Al-Azhar the right to review the compliance of law to Sharia? The declaration is unsatisfactory for us,” he tells Mada Masr.

When asked to describe the Nour Party’s position at the negotiation table to lay out the roadmap for the transitional period, when the party had distanced itself from the June 30 protests that led to Morsi’s ouster, Allam Eddin says, “Not taking part in the June 30 protests doesn’t mean we are distant from the political scene. We have millions of supporters.”

Allam Eddin adds that his party would not resort to calling for protests against the July 8 Constitutional Declaration too early, “but we are skeptical about the [future] constitution,” he cautions.

AD
You Might Have Missed
What we talk about when we talk about trees
Mugamma revisited: Reimagining the building and the square
Carbon Colonies & A Green New Deal
Where do old lesbians go to die?
AD
Omar Halawa
13 articles on Mada