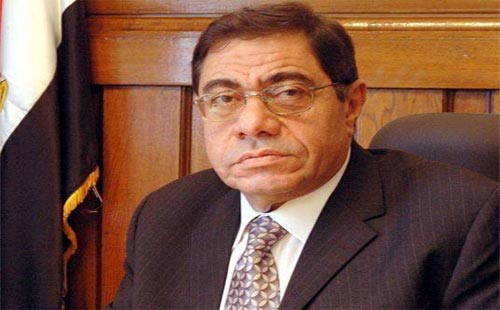 The Supreme Judicial Council decided Wednesday to reinstate Abdel Meguid Mahmoud to the post of prosecutor general months after he was removed by President Mohamed Morsi through the constitutional declaration issued in November 2012. The reinstatement draws a curtain on a case that has been at the heart of the charged relationship between the judiciary and its executive counterpart embodied in the Muslim Brotherhood.

On Tuesday, a specialized tribunal within the Cassation Court ruled that Mahmoud be reinstated in his post, replacing Talaat Abdallah, appointed by Morsi to the post in November 2012. The court refused the appeals presented by the president.

Mahmoud’s removal was a key demand of January 25 revolutionaries during the rule of the Supreme Council of the Armed Forces in the transitional period after a series of innocent verdicts handed down to security and government officials on trial for the killing of protesters, corruption and profiteering. However, Morsi’s removing him in a manner that violated the Judicial Authority Law provoked many members of the opposition and led to instability within the prosecutor general office, with some members going on strike because of differences of opinion about the legitimacy of the prosecutor general.

Mahmoud has received an official document from the Cassation Court confirming his reinstatement ahead of his retaking his post.

According to the Constitution, the prosecutor general is appointed by the president after being nominated by the Supreme Judicial Council. Whether this will happen remains unclear given the question marks over Morsi’s continued presidency and whether Mahmoud will indeed accept a return to the post.