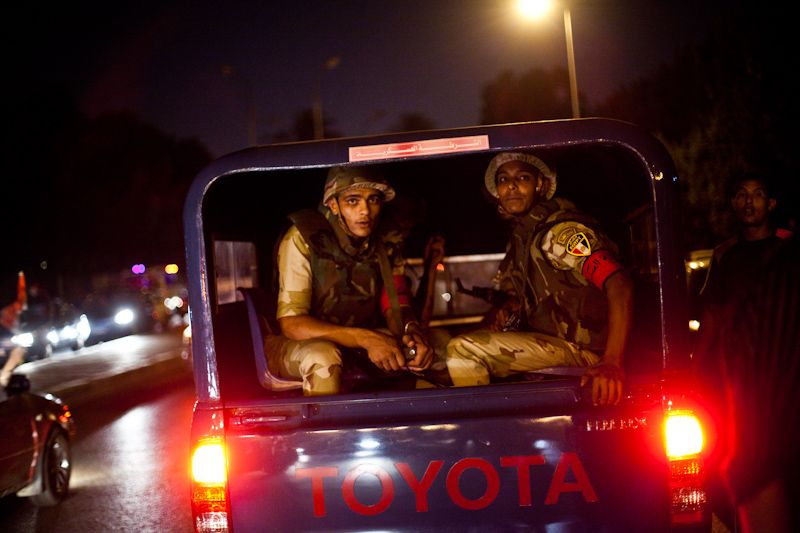 Interior Minister Mohamed Ibrahim said the ministry intends to remove the concrete barriers that have been placed around it, saying it would start by removing the barriers at Nubar and Mansour streets.

In an emotional statement Tuesday, Ibrahim said he ordered the ministry to take down the barriers after the removal of what he called “psychological barriers between the citizen and the police officer, after the ministry has announced its alignment with the Egyptian people, who took to the streets in huge masses that astounded the world.”

The concrete barriers placed on various streets in downtown Cairo near the ministry had first been built in late 2011, amid the Mohamed Mahmoud and Cabinet protests during the Supreme Council of the Armed Forces’ interim rule after the revolution earlier that year.

Ibrahim said he would not resign from his position out of care for the lives of citizens, “who put complete faith in the police officers and the military forces to protect their safety and security.”

The minister commented on the burning of the Muslim Brotherhood headquarters in Moqattam, saying the incidents had a “special nature,” and acknowledging that some have accused police of failing to break up the clashes that broke out there. But he said the ministry ordered an evacuation of the building because police confirmed there was a large number of protesters in front of it, believing police interference “would lead to clashes between the police and the citizens, and this is unacceptable.”

The clashes left eight dead and 55 injured, and a police officer was injured, Ibrahim said, adding that police arrested one of the snipers, 29-year-old Mostafa Abdel Azim Fahmy.

Ibrahim said police used Fahmy’s statements to identify 12 of the 20 to 25 suspects police believe were involved in shooting protesters from inside the building, and are trying to arrest the suspects.

He said police in the First Nasr City Police Station’s investigation unit received a report of people carrying firearms. When they investigated, Ibrahim added, they found one of Shater’s guards, and when they tried to arrest him, another guard intervened. Police arrested both bodyguards for possession of unlicensed firearms, Ibrahim said.

Ibrahim said he ordered a heightened police presence around Media Production City in light of plans to besiege it, adding that any violence or assaults on the city would be confronted.

The interior minister said he instructed his security assistant, Major General Abdeen Youssef, to increase security measures at all outlets and main roads in the governorates to preempt any attempts to smuggle arms to Cairo or Giza and use them against protesters.

A security source at the Interior Ministry denied news reports that said police who had participated in the June 30 demonstrations were referred to investigations, saying the reports were false.

The Interior Ministry had announced in a previous statement that police were taking protesters’ side in the ongoing demonstrations. Protesters filled the streets in Tahrir Square and at Ettehadiya Presidential Palace to call for President Mohamed Morsi’s ouster.