In their island, which the Nile separates from the noise of the city, the people of Qursaya have been living a painful life for six years. Farmers and fishermen are forced to struggle against the Armed Forces and businessmen to stop the repeated attempts to expropriate their lands. Since 2007, the residents have been resisting this with all means, until they obtained a court ruling in 2010 that confirmed their right to stay on their island. However, the state, with all its executive authorities, ignored the ruling. Today, after the Hosni Mubarak regime has fallen and millions have revolted demanding “bread, freedom and human dignity,” one of the island residents was killed during clashes with the army, while 26 others face military trials on charges of assaulting members of the Armed Forces. In this story, we narrate the suffering and resistance of the Qursaya people suffering over six years in attempts to stay on their land. 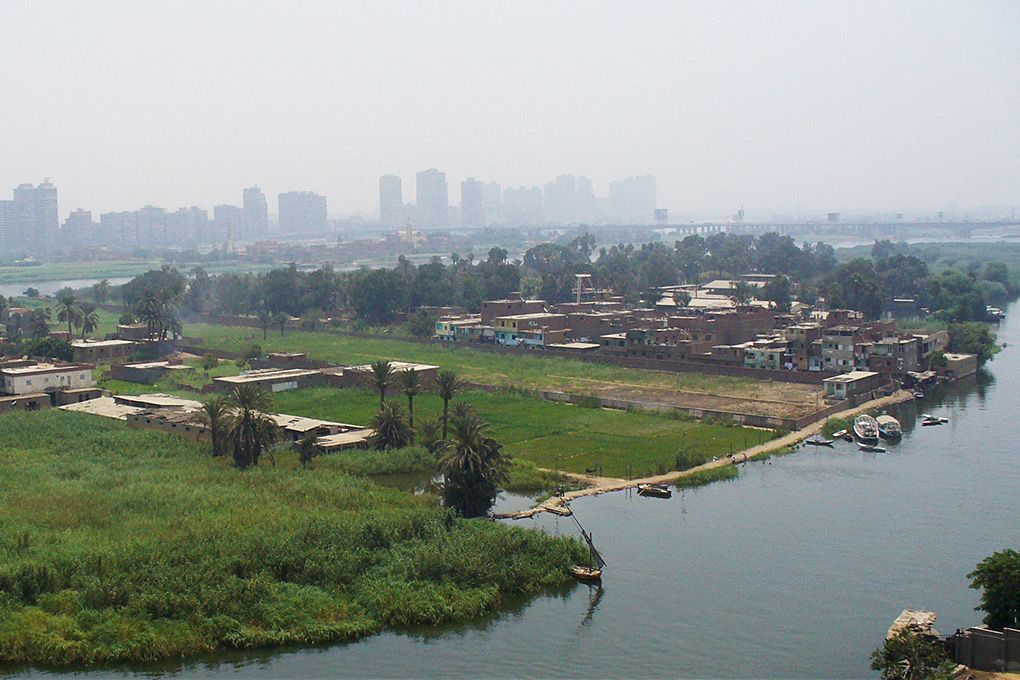 Qorsya Island, an area of ​​about 139 acres, is a part of Dahab Island in Giza Governorate and is administratively following Giza. Qorsaya population is about 5 thousand people who work as farmers fishermen and other jobs. Most of the island's population is concentrated in the southern part of the island while the northern part consists of agricultural land, which is the area that has seen the conflict between the people and the army. 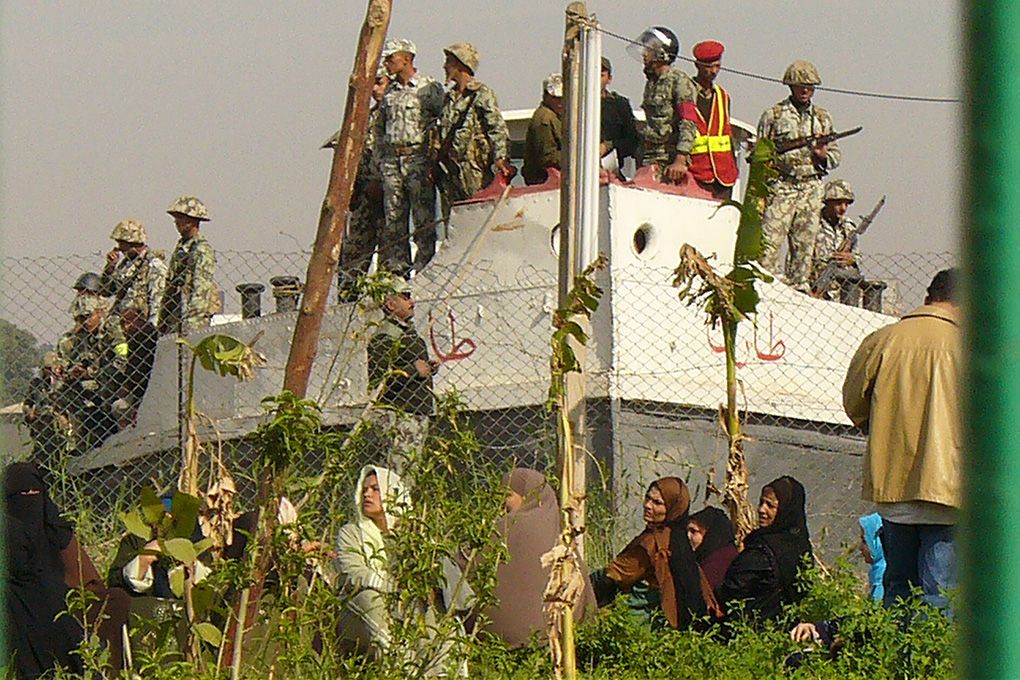 On September 11, 2007 Qorsaya resident were shocked to see about 100 Armed Forces officers arrive to their island on the large boats to confiscate their land and expel them using electric shock batons and sticks. 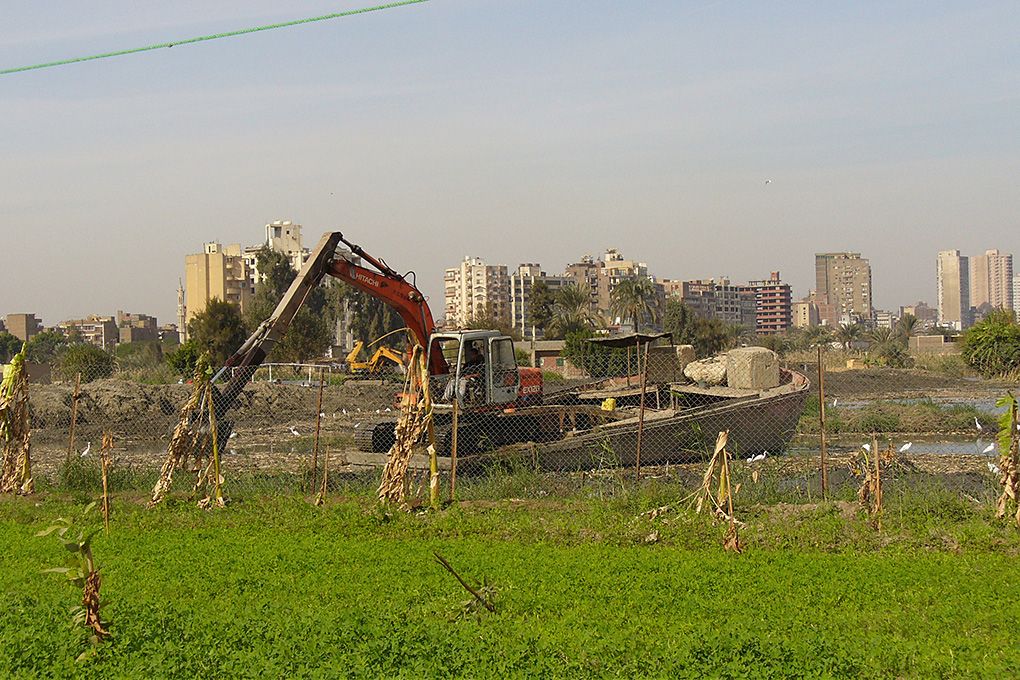 The army had visited the island three months before this incident, during which military engineers calculated the whole size of ​​the island. That was followed by official letters sent to resident by the Agriculture Ministry terminating the contract with them and telling them to evacuate the land within a month, after over 80 years of living there. 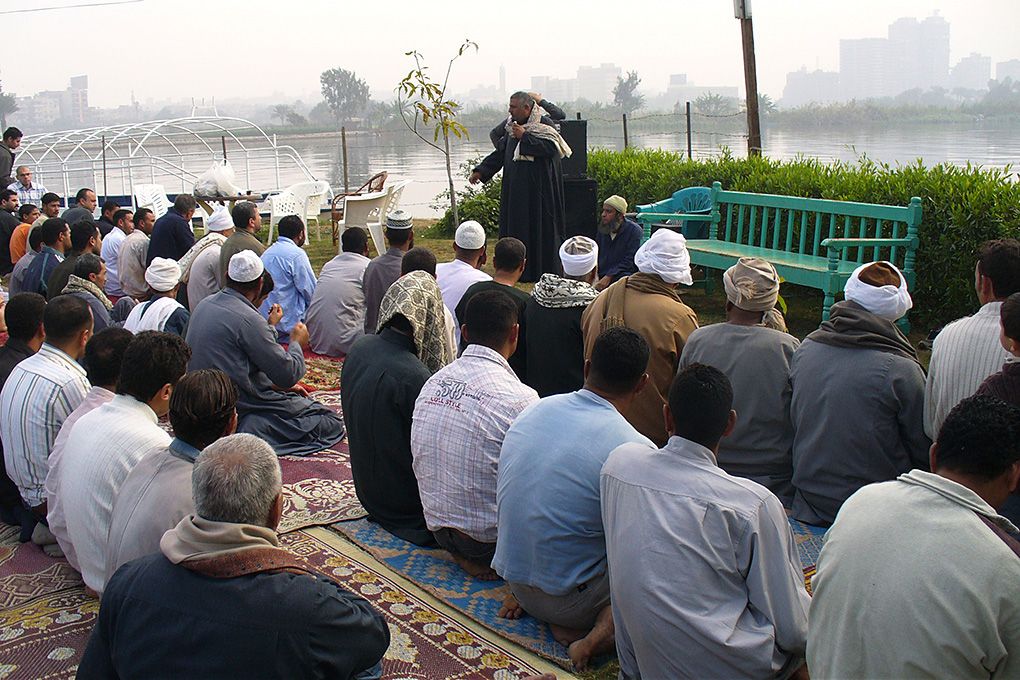 Maher Yusuf, 60 years old, one of the most prominent Qorsaya peasants who stood up to the army attempts to seize the island, have succeeded after two years of litigation to get a final judgment supporting the right of residents to stay on their land. Maher was arrested on the morning of 18 November 2012, with 25 other residents who are currently facing the charges of assaulting members of the armed forces, and are tried before the military court. 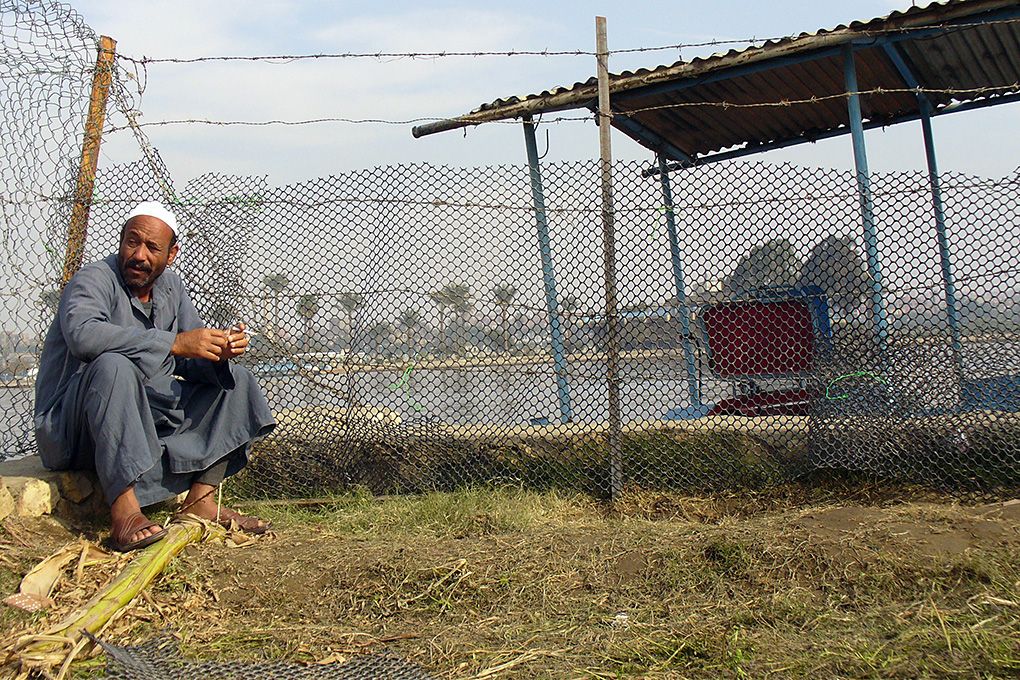 Qorsaya people surrounded their land overlooking the Nile by an iron fence in an attempt to protect it from repeated attempts of confiscation by army forces members over 2007 and 2008. 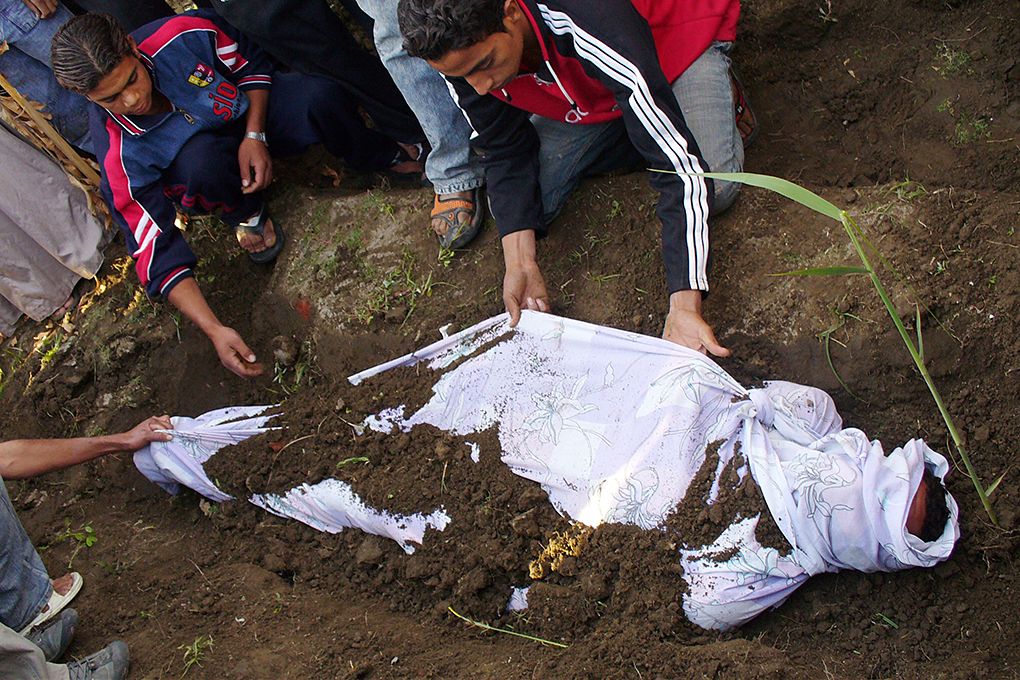 The islanders have invented new ways to express their attachment to their island, like walking in made-up funerals and carrying the bodies of some of them, then putting them in holes that look like graves so as to prevent the army from confiscating their land. 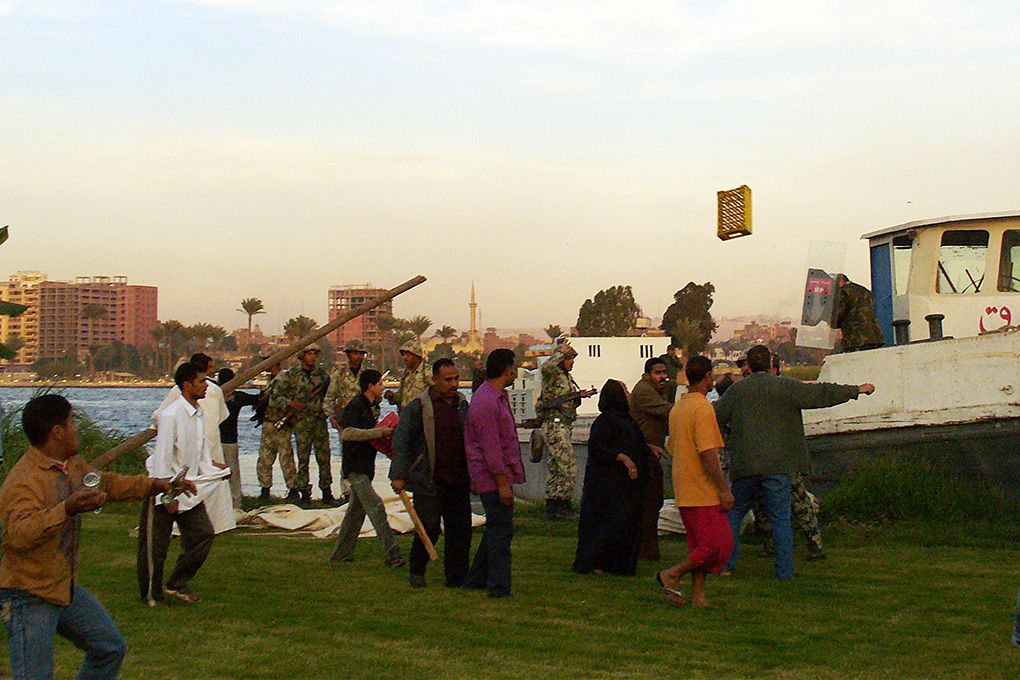 Limited clashes erupted between the people and the army on 28 October, 2007 when the army tried to confiscate new parts of the island that include a number of residents’ homes, but failed. 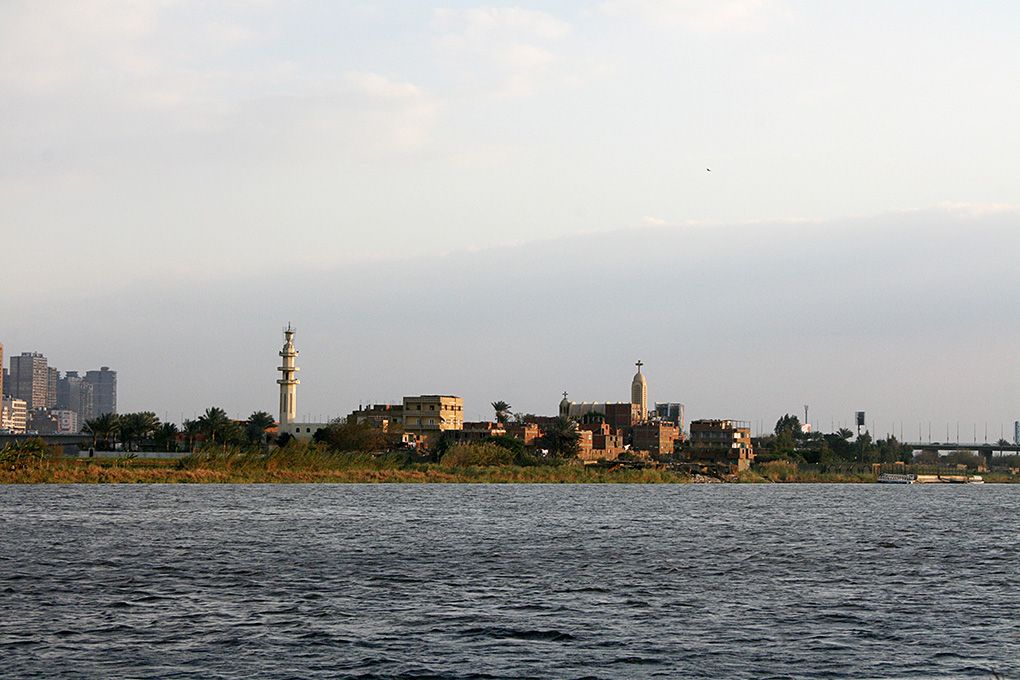 Dahab Island, one of the closest to Qorsaya island was subject to similar confiscation attempts, but this time by the police that tried to evacuate residents to establish tourist projects, but, again, failed because of the resistance of its people.

An old map of the Nile islands in 1928 showing islands in the Giza area, including Qorsaya. 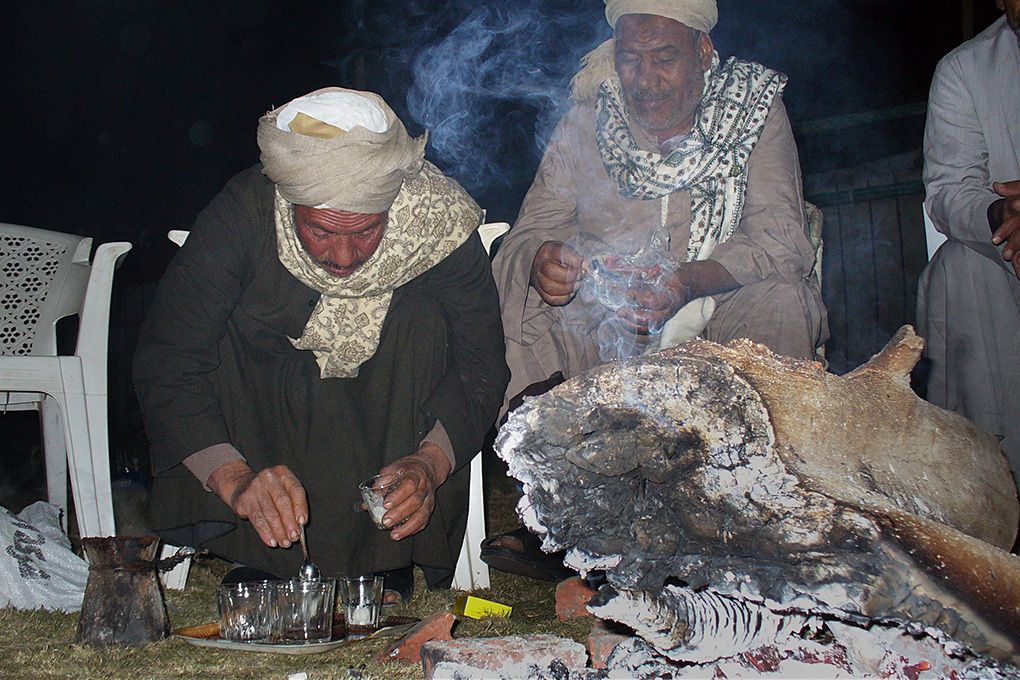 The armed forces usually performs the attempts to confiscate lands at night or with the first hours of the day so residents divided themselves into guarding groups working day and night to prevent the confiscation of their land. 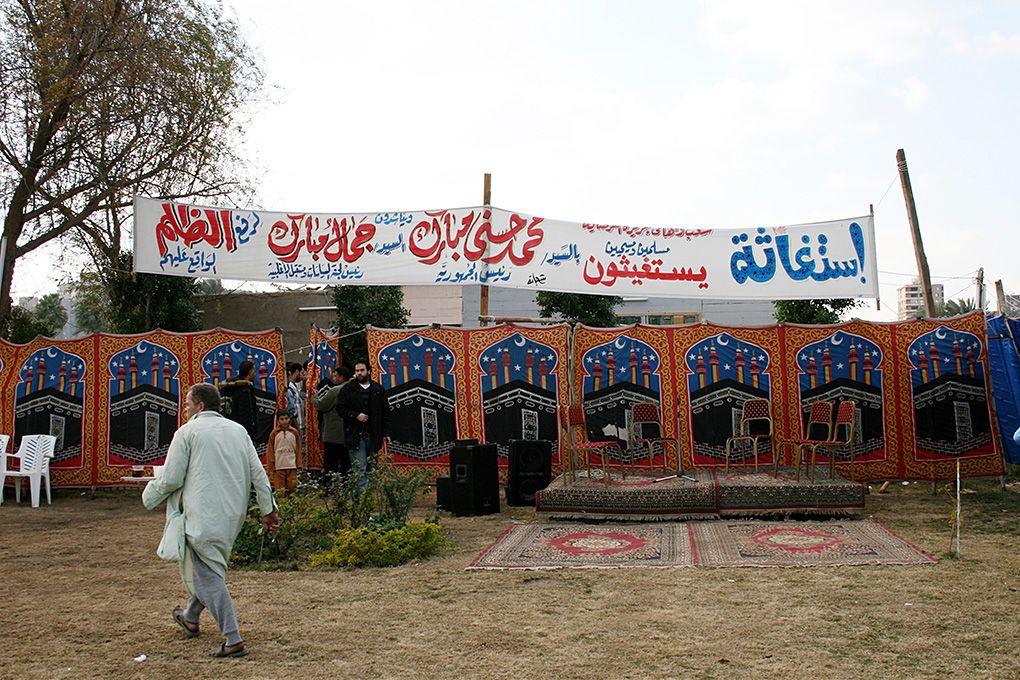 Qorsaya residents sent many appeals and held banners demanding former President Mubarak and his son Gamal to intervene to solve their problem, but their appeals did not reach the ruling political elite at the time. 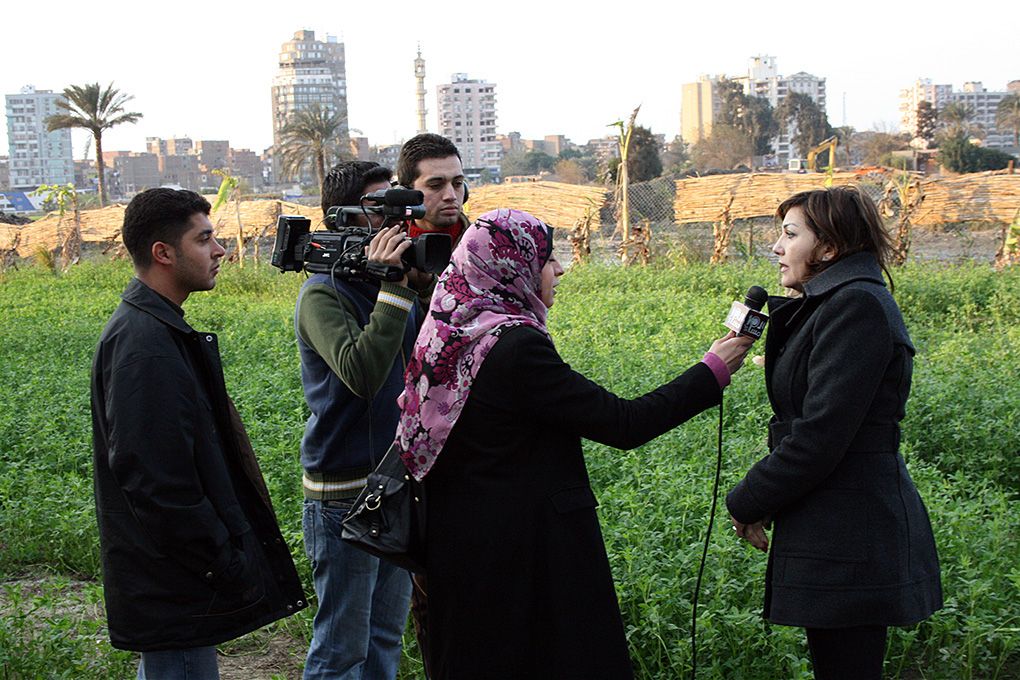 Leading opposition activist Gamila Ismail during a television interview conducted with one of the local stations. She has visited the island more than once declaring her solidarity with the people. During that period, several opposition figures and movements also announced their solidarity with Qorsaya, especially Kifaya movement. 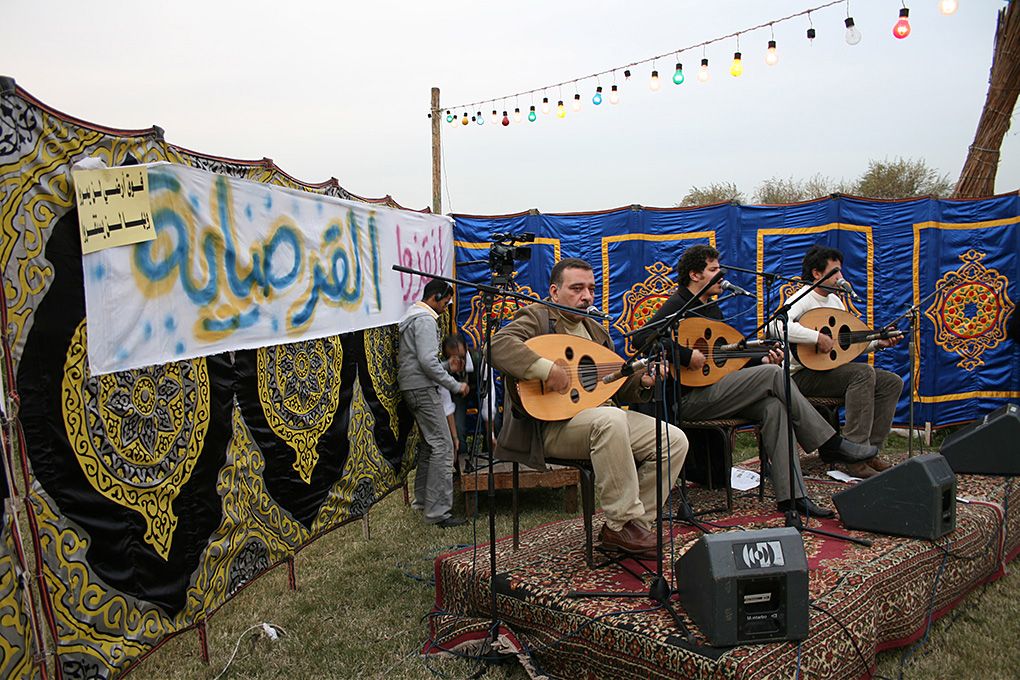 Eskenderella bands singing in front of Qorsaya people and those in solidarity with them during a ceremony organized by activists during an event held in Solidarity with the people of the island and to reject the confiscation of their land. 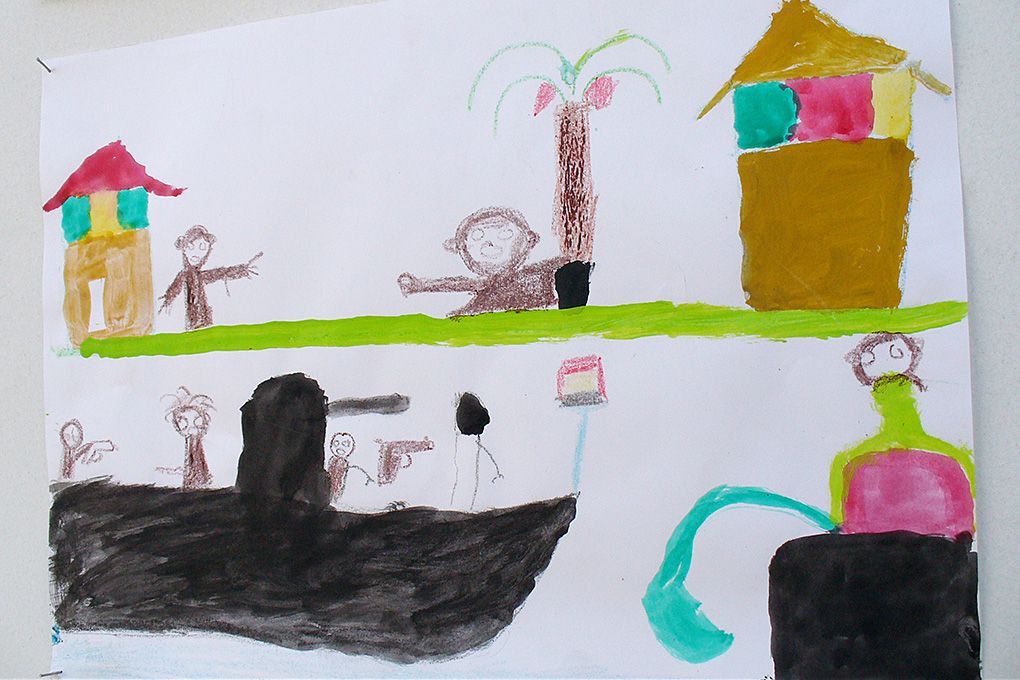 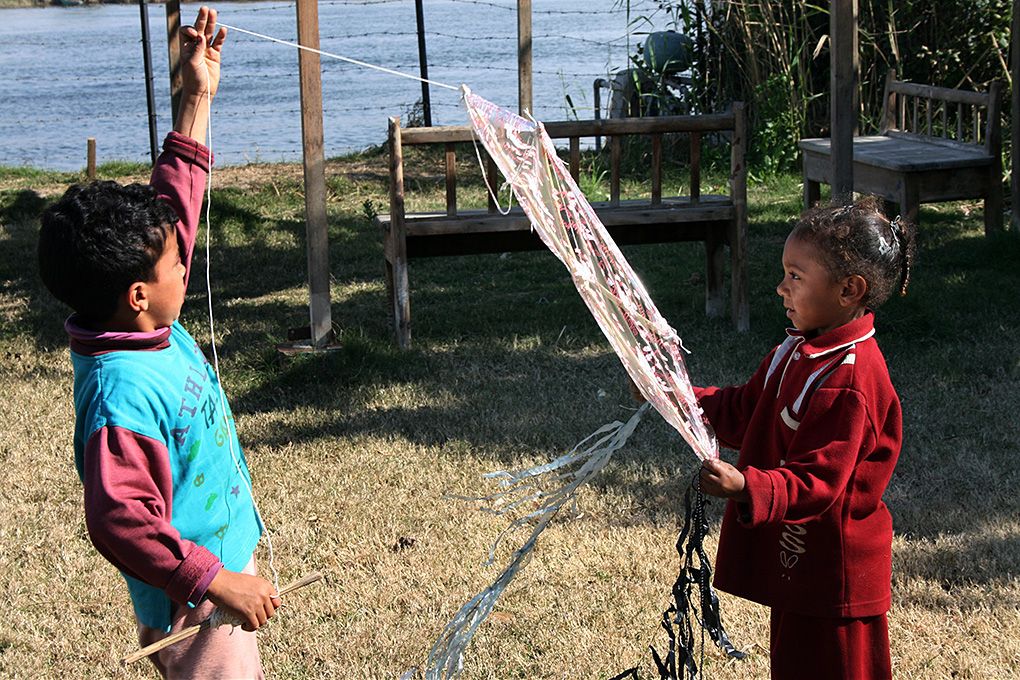 Children from Qorsaya island holding a kite with the slogan "Save Qorsaya." Next to them, there are paintings they have painted themselves to explain to visitors of the island the army attempts to confiscate their land. 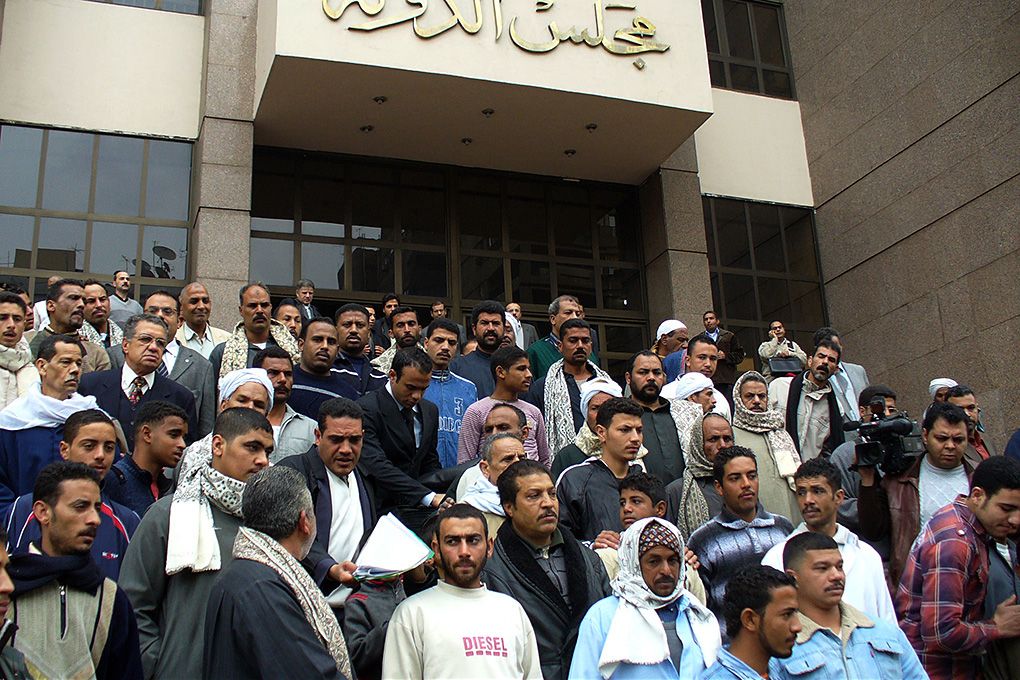 Qorsaya residents in front of State Council Court, which ruled in their favor after two years of litigation. The final judgment issued in 2010 committed the Council of Ministers and the ministries of defense, agriculture and environment to leave the island for its people but the official authorities refused to implement the ruling until today. 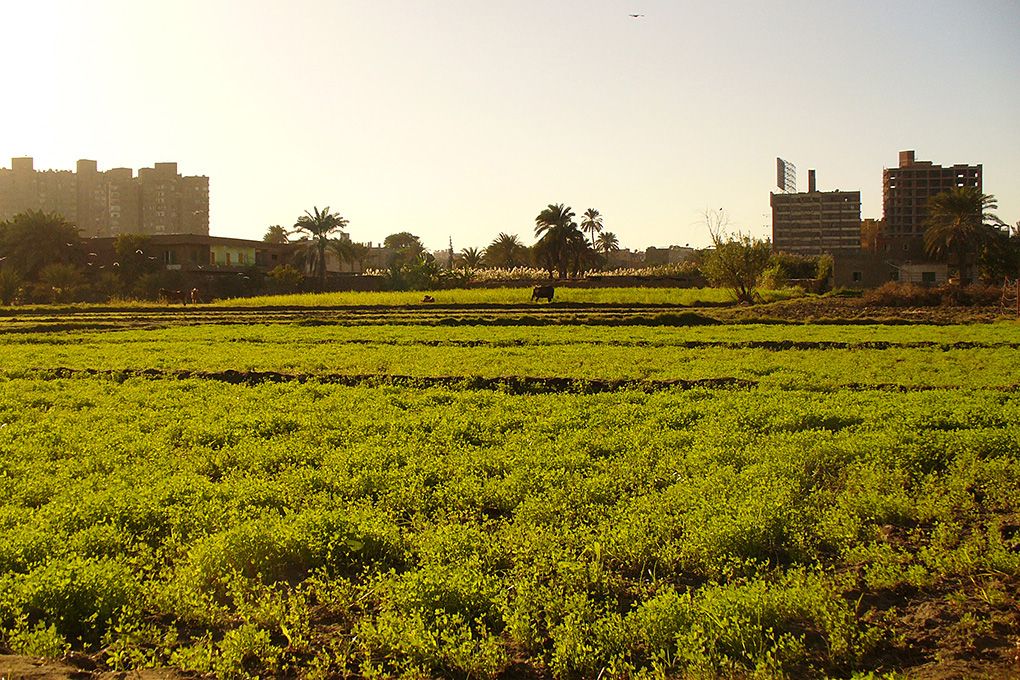 Qorsaya residents depends heavily on agriculture, livestock and fishing, so they believe that their lives would be impossible outside the island where their ancestors have lived for about 100 years. The people of the island felt relatively stable after a government decision to cancel a tourist project that was scheduled to be established on the island and most army members left the island after the 25 January revolution, since they were redeployed to other Egyptian cities. 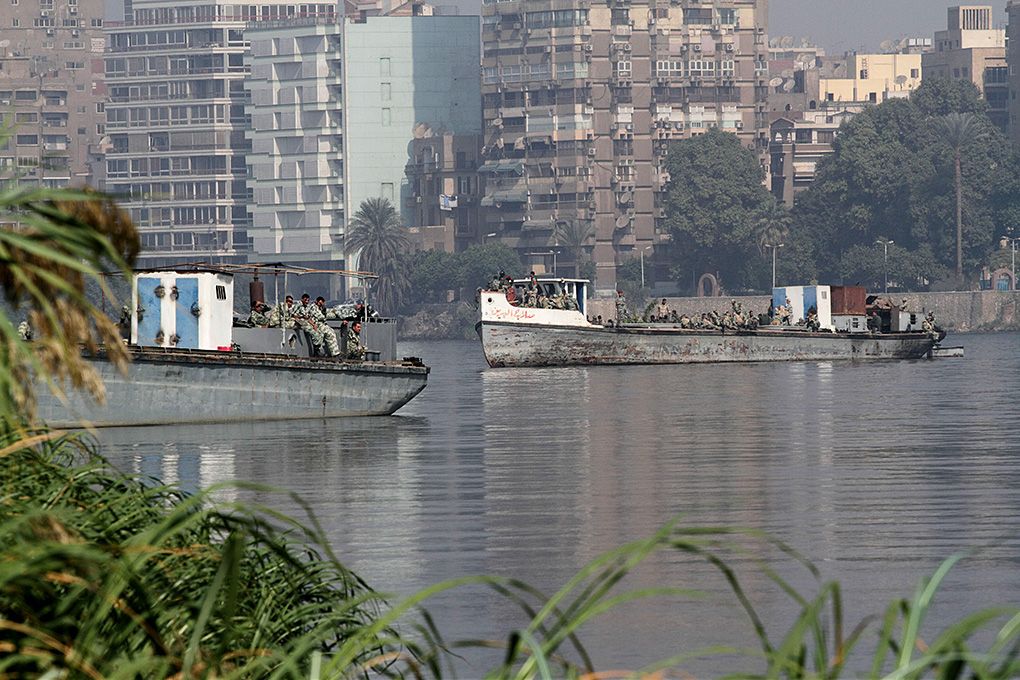 On 18 November 2012, Qorsaya people were surprised again to see army members entering the island by the Nile, which led to clashes that killed a fisherman called Mohammed Abdel Mawgood,25 years old, and injured 5 soldiers, while 25 other residents were arrested and are now facing a military trial. 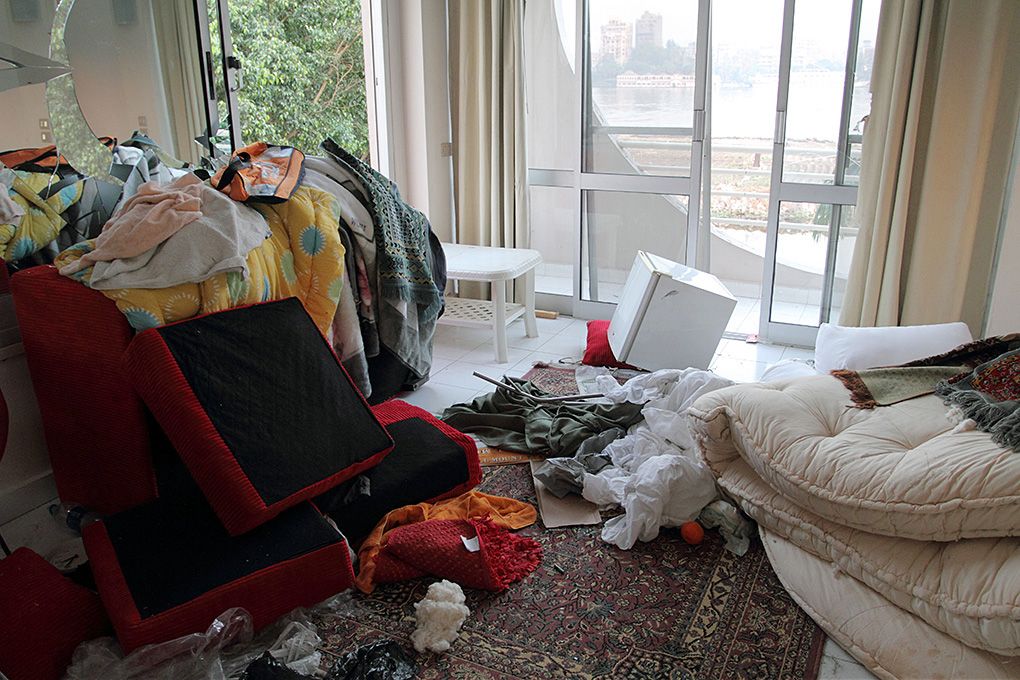 The aftermath of the Army soldiers storming a villa owned by a wealthy resident of the island. 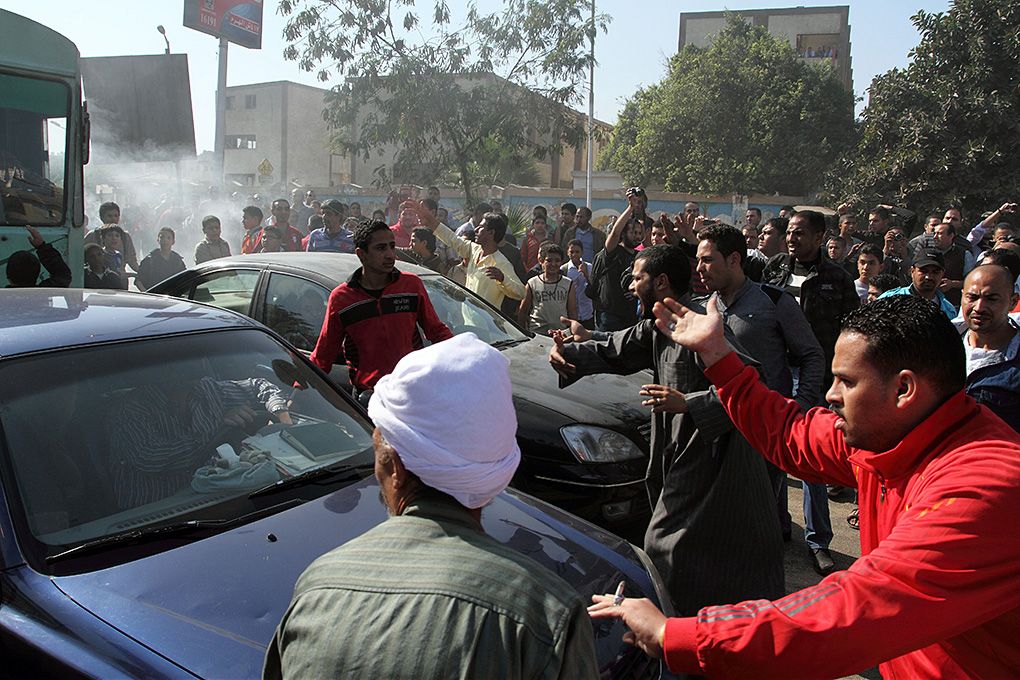 Angry residents block al-Bahr al-Azam street, across the Nile form their island, after a man was killed during the army confiscation of their island. 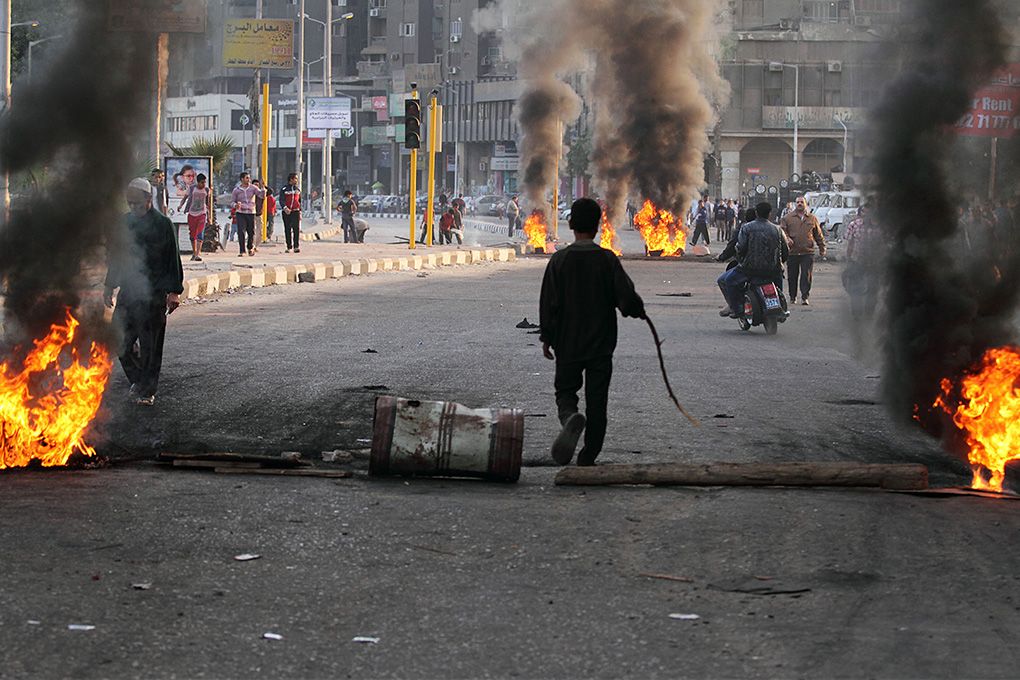 Blocking the road continued for 11 hours, after which security services and the Freedom and Justice Party intervened to resolve the problem. 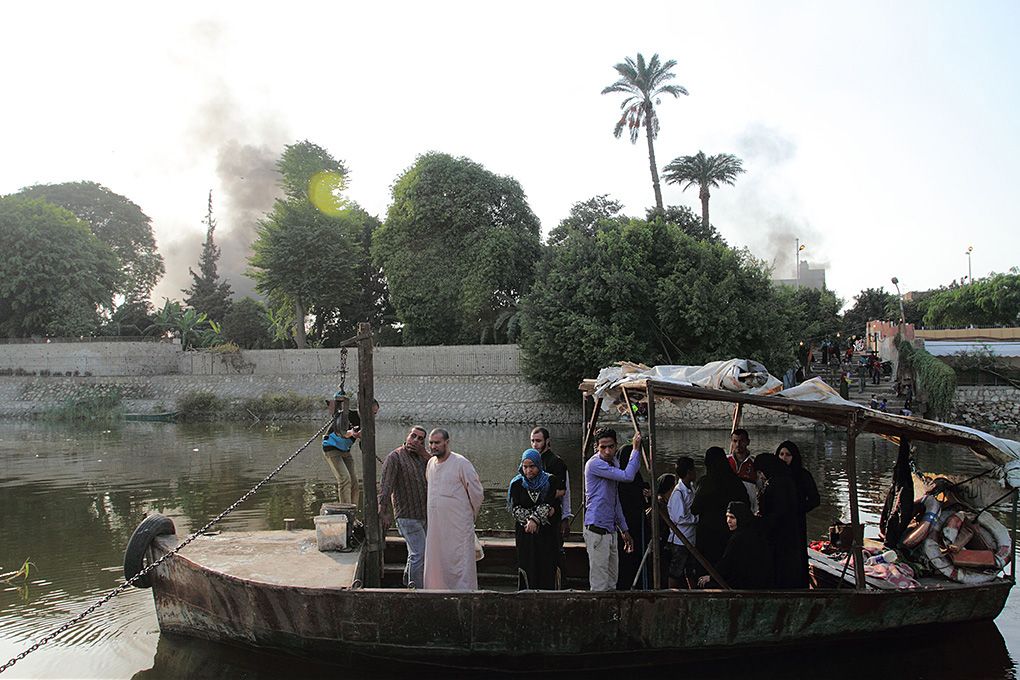 Qorsaya island ferry taking some residents across the Nile River, while fumes rising from the tires ignited by the residents to block al-Bahr al-Azam street in protest to the killing of one of them.
اقرأها بالعربية
AD
Mohamed Ali eddin  https://twitter.com/M_Alieddin
freelance photojournalist who interests in human rights and workers’ issues. Most of his photo stories reflect the life outside Cairo where people suffer from lack of public service. And for that he spends most of the time travelling across the country looking for new stories. He attended visual storytelling workshops with Noor images, Al-liquindoi Workshops and World Press Photos, then won the WPPH grant for reporting change in 2013.
3 articles on Mada
Topics
More from Panorama
Coronavirus
The silent nights of curfew
Ravy Shaker
See All Photo Stories