Islam in France
By
Françoise Beauguion

With France’s Muslim population growing, some politicians and media outlets have begun to oppose public displays of religious observance, such as praying in the street and wearing the niqab, in an attempt to preserve what they see as the country’s secular character.

In France, as in other nations, fear of those who look different grows naturally and is exploited by some politicians and traditionalists. Subtleties are lost and misunderstandings occur. Muslims are increasingly labeled as extremist Islamists; a subtle hijab is regarded as the same as a niqab; and a diverse population of recent immigrants are defined only by their religion.

“No Submission” is a set of portraits of French Muslim women wearing the hijab. I focus on the scarf to represent the French’s perception of the hijab. Faces appear in the shadow, smiling and happy. Wearing the hijab is a choice and a statement of beliefs. How should it be treated in a country that promotes freedom of expression?

This series is designed for a French audience and to confront common misconceptions. It is designed to contribute to the French discussion about the place of Islam in everyday life. By publishing it in Egypt, how does the interpretation of the images change? 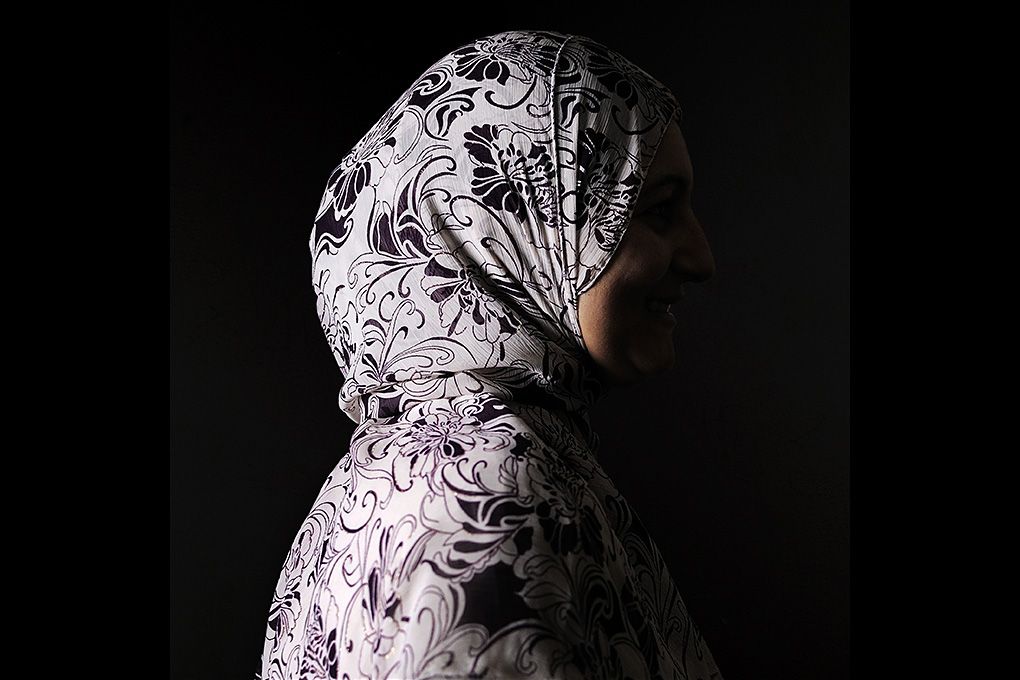 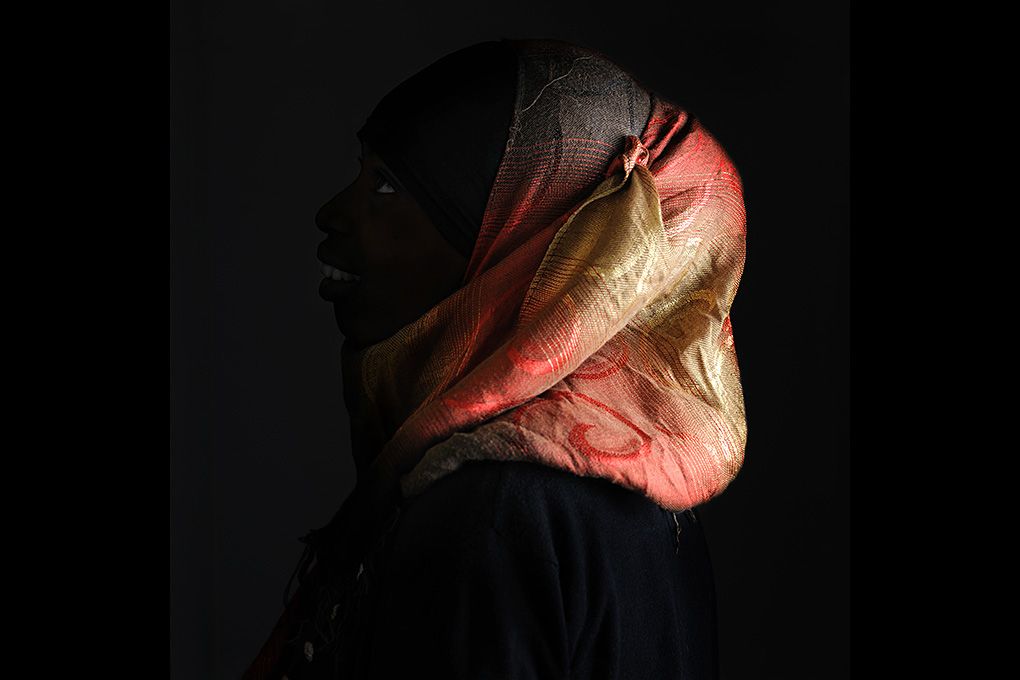 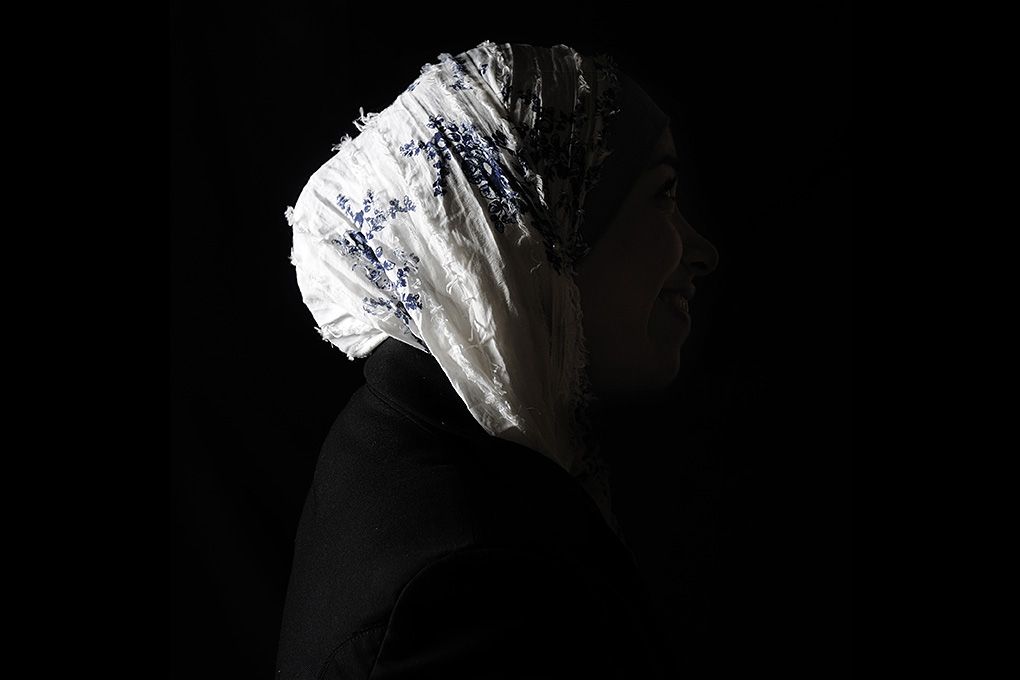 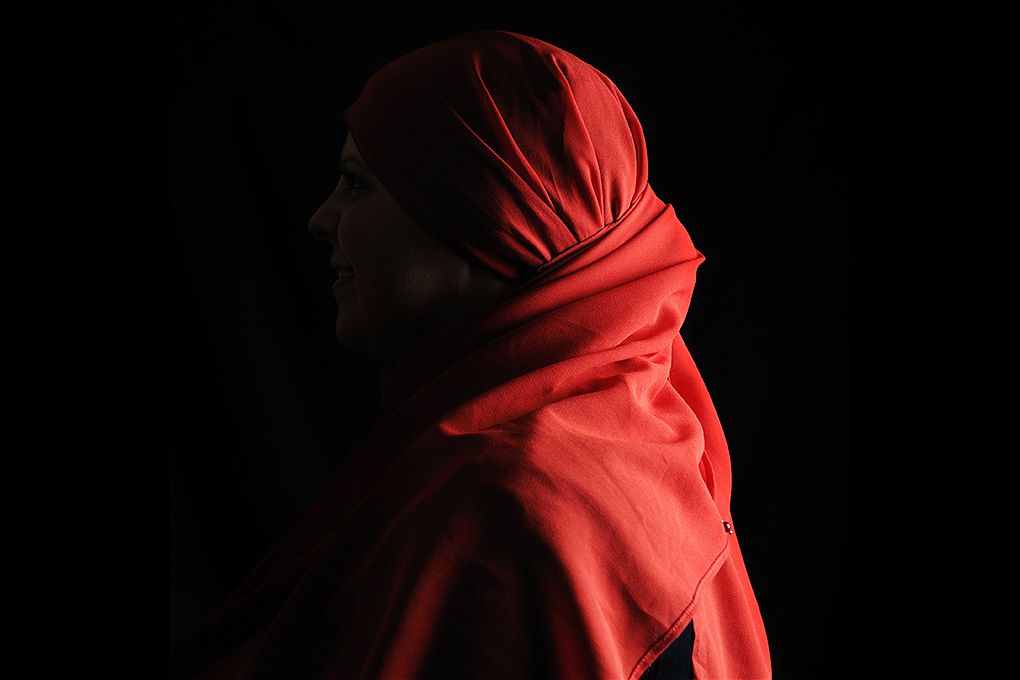 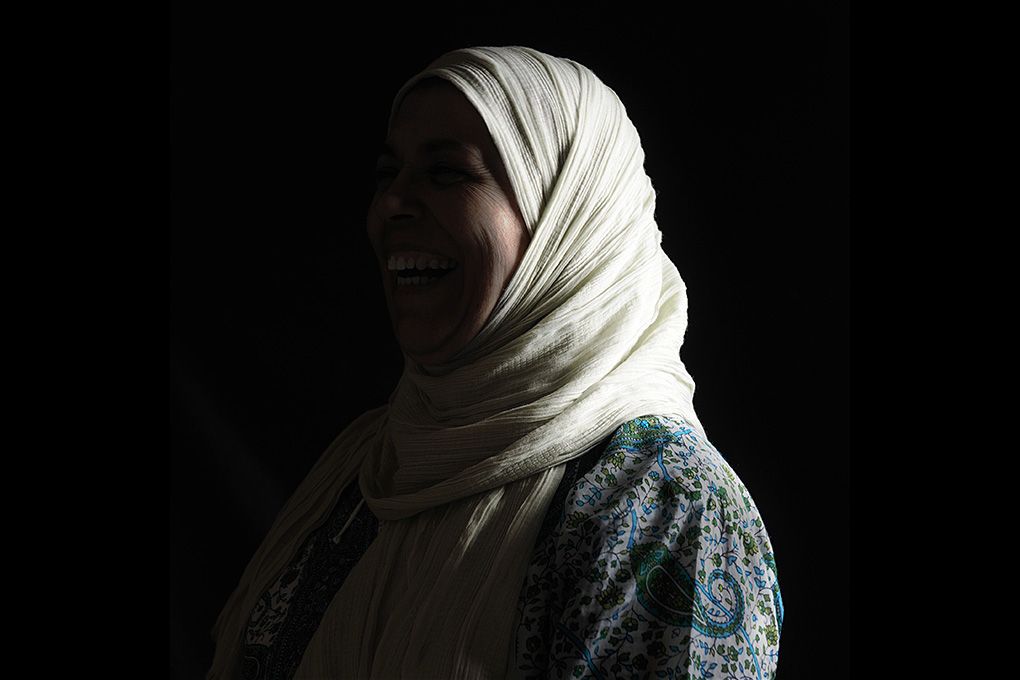 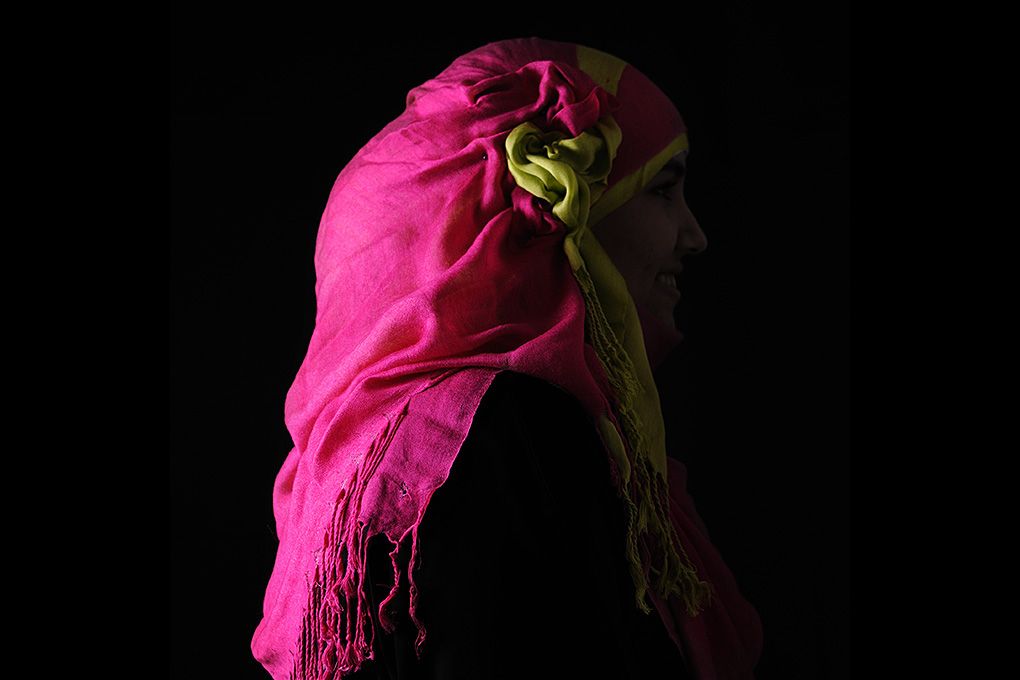 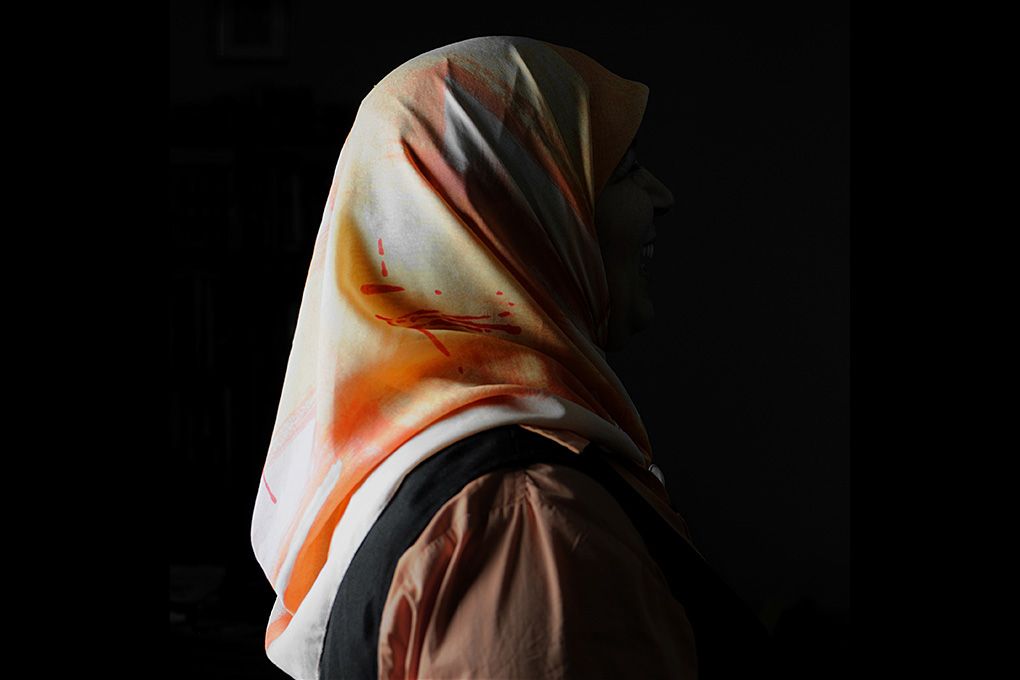 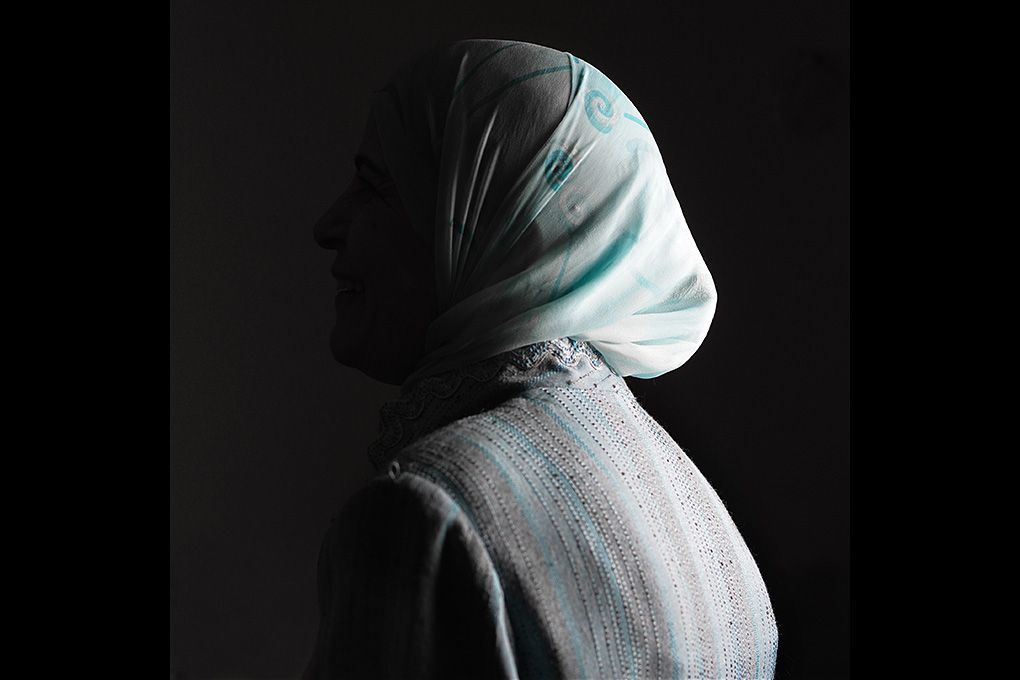 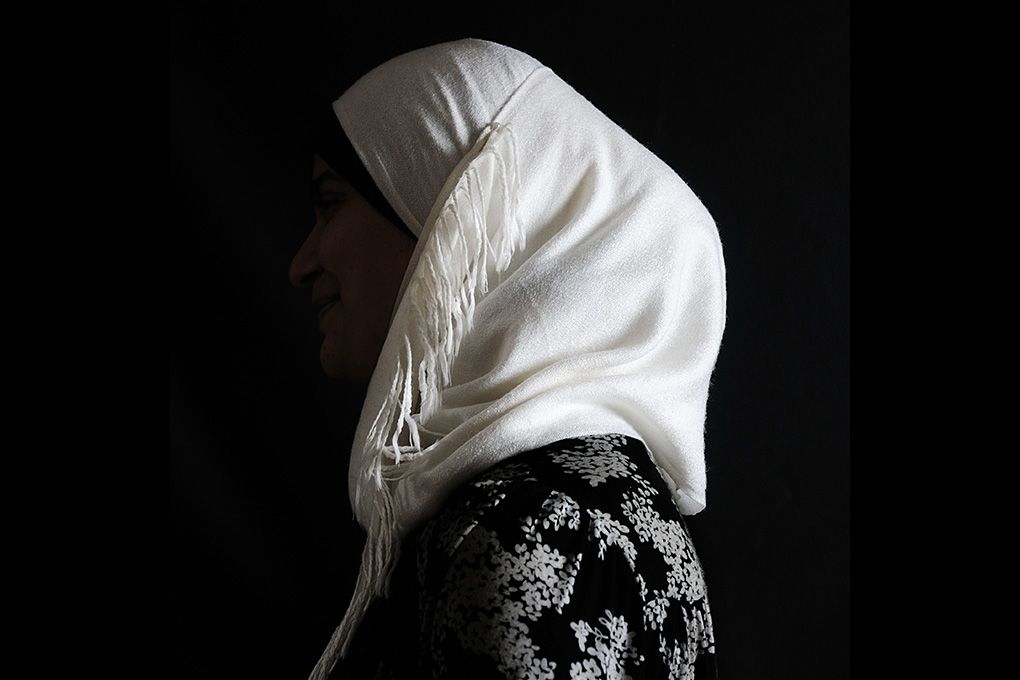 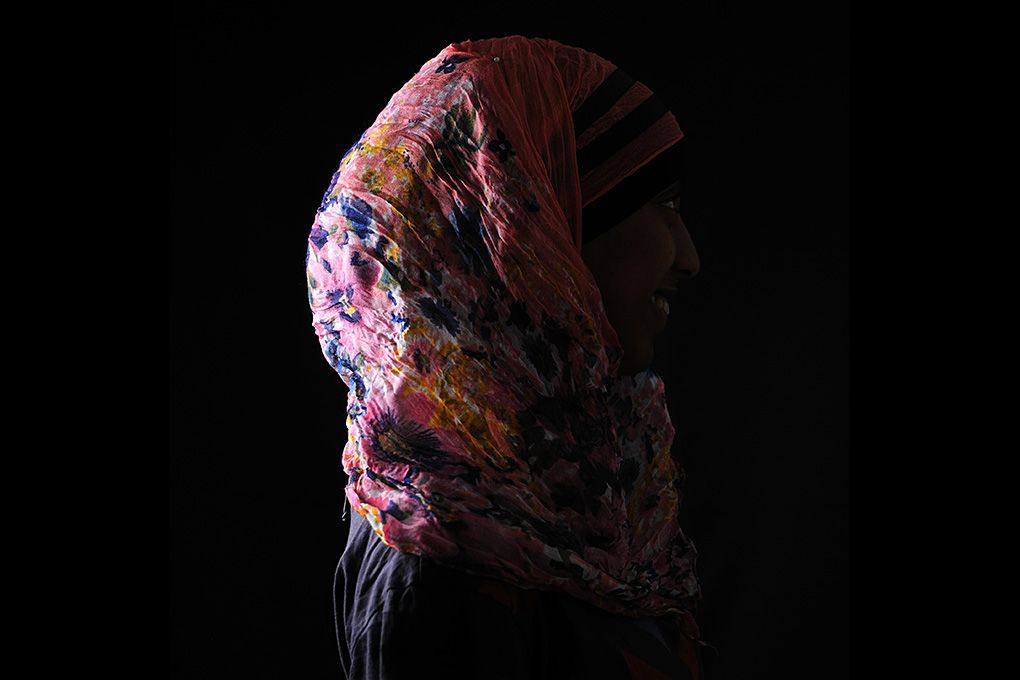 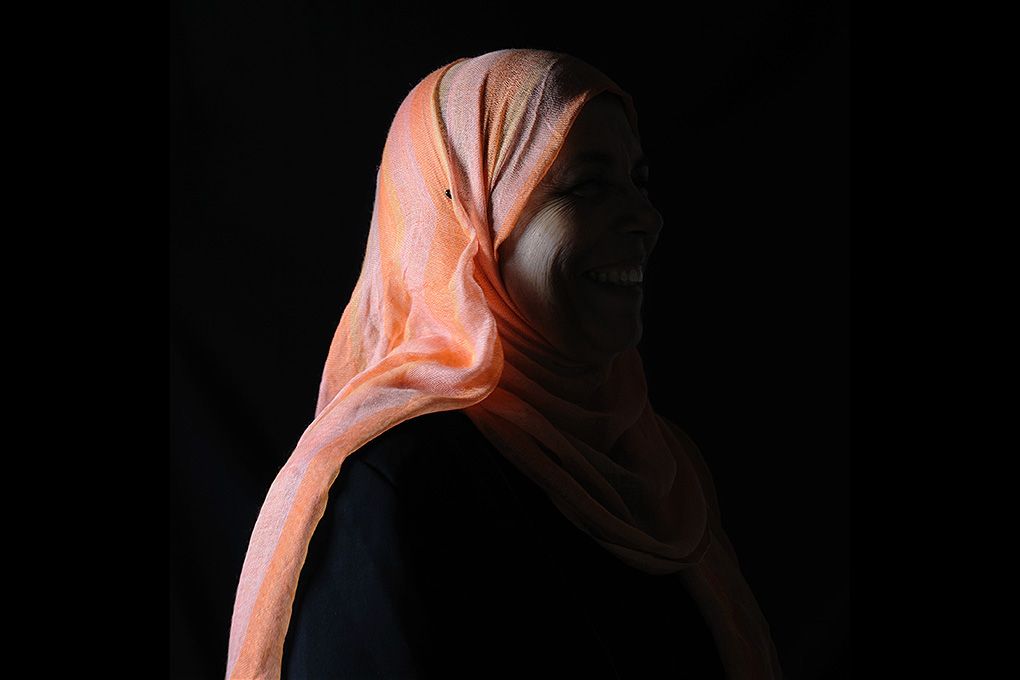 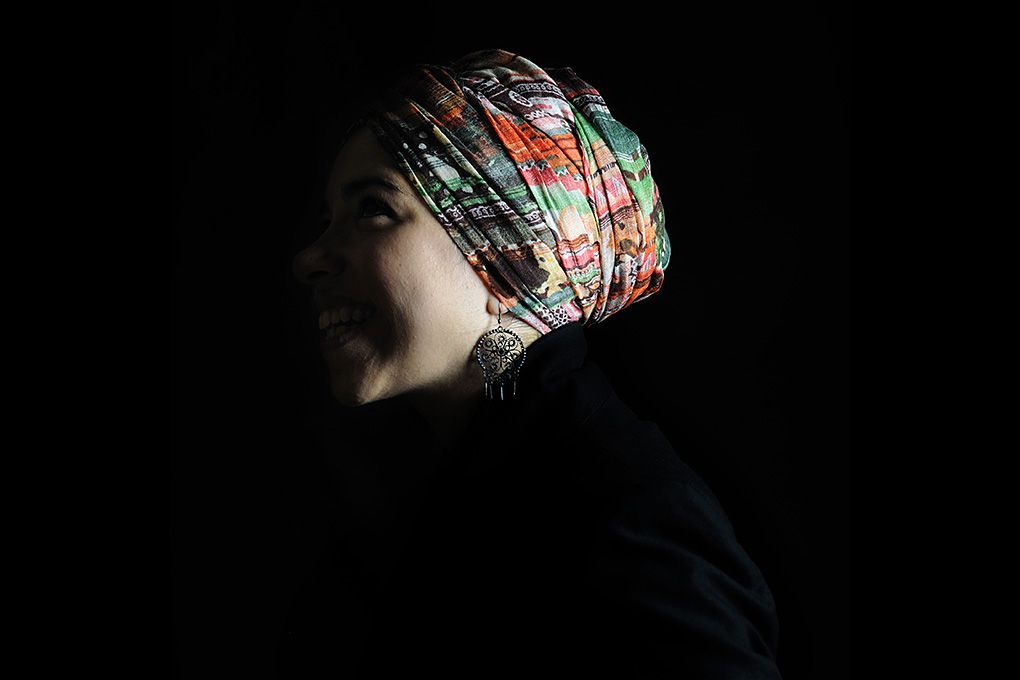